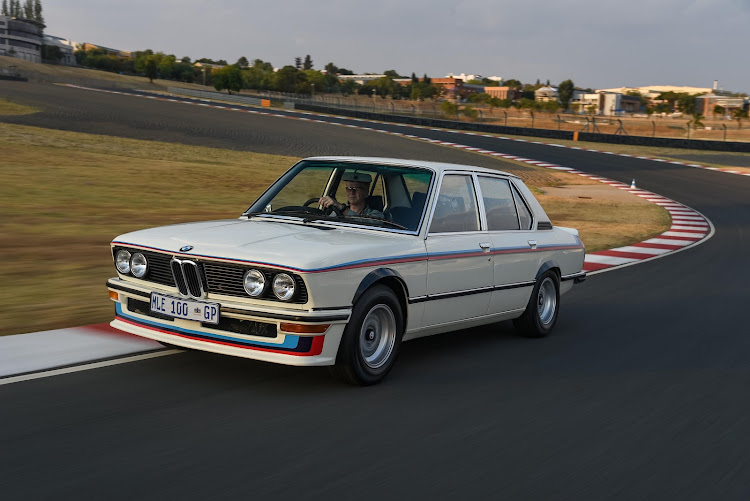 Creating a stir in classic BMW circles — both locally and abroad — is a newly restored 530 MLE which had its coming-out party at the recent BMW M Festival at Kyalami.

It’s a big deal because of the car’s rarity. In recent years BMW SA has taken to restoring old classics with a unique South African heritage and the cars that have previously emerged bright and shiny from the makeover parlour include the 333i, the 325i “Gusheshe” and the BMW M1 two-seater sports car.

The 530 MLE is probably less well known to the general public, but it too has a rose-tinted South African story. High classic-car values are all about rarity and provenance, and this Beemer ticks both those boxes as only a small number were built and this is car number 100, one of the last of the original motorsport-inspired 5 Series models.

The 530 Motorsport Limited Edition (MLE) was a racing car based on the first-generation (E12) 5 Series built by BMW SA to compete in the Modified Production Series in the mid-1970s. To quality for racing, the rules stated that at least 100 roadgoing versions had to be sold to the public so BMW Motorsport developed a limited-edition homologation model for SA, with 110 units of the Type 1 built in 1976 and a further 117 Type 2 versions rolling out of BMW’s Rosslyn factory the following year.

It’s the first time the “M” badge was used on a BMW — even before the iconic M1 sportscar of 1978 — making the 530 MLE an important part of the Bavarian carmaker’s sporting history.

The racing version turned out to be a great success, scoring 15 wins from 15 consecutive starts, and taking three championship titles. When it was retired in 1985 the 530 MLE was the most successful racing 5 Series in history.

The rebuilt 530 MLE is one of the only road-legal cars known to have survived and unit number 100 comes with the pedigree of having been owned by race driver and 530 MLE team manager Peter Kaye-Eddie. 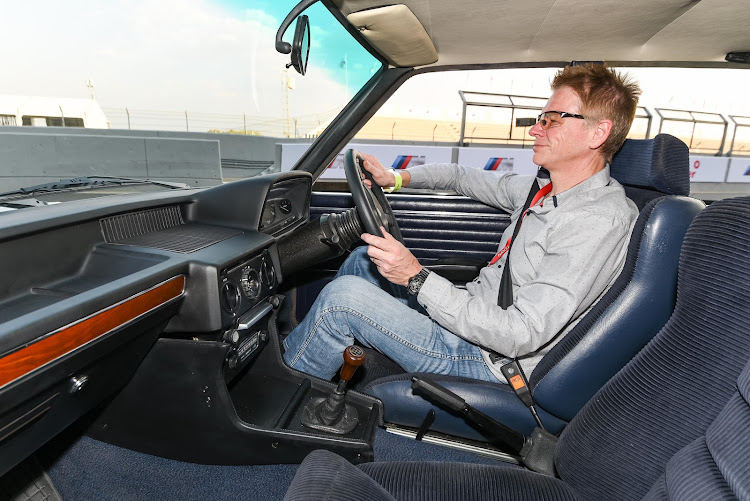 The interior has been restored to its 70s-style lap of luxury. Picture: SUPPLIED

The restoration was a lot more than an automotive manicure, as less than a year ago this MLE 530 was little more than a bare shell in pretty sorry shape, showing the dents and scuffs of forty-something hard-living years. But it had its original 3.0l straight-six engine, which was a matching set with the chassis.

The six-cylinder engine is outgunned by any modern hot hatch but its 147kW and 277Nm outputs were big numbers for the era, and good for respectable performance figures of 208km/h and 0-100km/h in 9.3 seconds.

BMW entrusted the conversion to Luis Malhou of Custom Restorations, and the fact that he was assisted by some of the original members of the BMW team that built this car back in the 70s just adds to the warm and fuzzy allure of the whole project.

The speed at which the team conjured the makeover is impressive stuff, and here I was, less than a year later, driving the newly-restored old gal around Kyalami on the day before the public crowded in for last month’s M Festival.

Taking a trip down BMW’s memory lane, the sense of occasion was strong as Kyalami was one of the hunting grounds where the car forged its racing reputation back in the days when sex was safe, motorsport was dangerous, and the trackside hoardings advertised (ye gods) cigarettes. 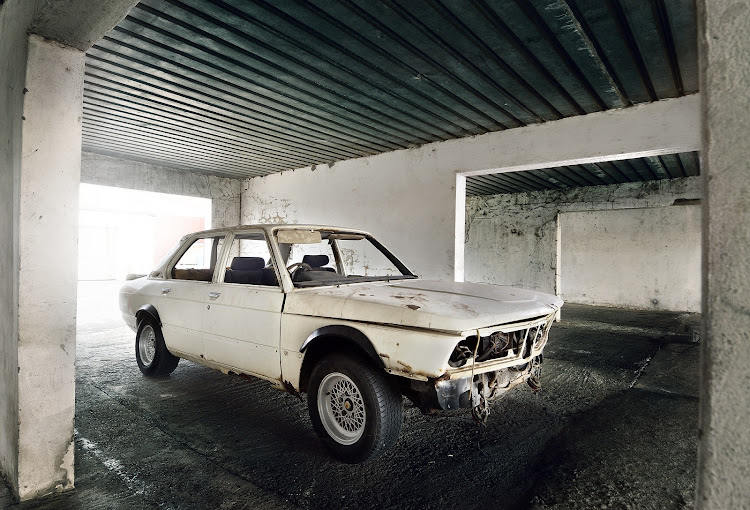 Less than a year ago the car was in need of some real TLC. Picture: SUPPLIED

It’s a top-notch restoration job, expertly brought back to its former glory with neatly fitted chrome beading, and decals in BMW’s M colours, and the original deep-dish alloy wheels.

The same attention to detail prevails in the restored cabin with its wide and comfortable velour-covered seats, wooden dashboard panelling and a radio with exactly two knobs — one for volume and the other for tuning the station; the height of luxury back in the 70s.

It’s a very neat job but I like the fact that the interior still displays some patina, like the scuffed BMW badge on the steering wheel. 'Tis a sign that this machine’s been around the block and earned its stripes, old sport.

I didn’t attempt any laptime heroics with the lovingly restored old gal; this was a slow waft around the circuit in a living museum piece.

But even at a plodding pace, some of that typical sporting BMW feel was evident, revealing the genesis of the brand’s reputation for building driver’s cars, an early step into BMW building track-oriented cars for the road.

The car felt very "together", not vague or floaty like some other classics I’ve driven from that era.

It has typically direct BMW steering and the small-diameter wheel presents a sportier interface than the hula-hoop efforts of some of its peers. With no power assistance it requires some muscle to change direction and I doff my cap to the old-school racers who hustled the racing version around the track for lap after tiring lap.

It’s not the easiest thing to drive and shows how far cars have come in the last few decades. The 530 MLE’s very stiff throttle makes it tricky so execute smooth pulloffs, and it was with relief that I managed to avoid stalling it in front of the BMW hosts.

The five-speed gearshift — a dog-leg arrangement with first gear located at the bottom left — is also quite sticky, leaving me sometimes fumbling with it like a schoolboy with his girlfriend’s bra.

But such things fade into the rose-tinted area called “old-car charm”;  it’s all part of driving a classic.

Eclipsing the BMW M2 Competition in terms of hierarchy, the new BMW M2 CS (that stands for ClubSport in case you were wondering) is a seriously tasty ...
Motoring
2 years ago

REVIEW | The 2019 Jeep Trackhawk is a street-brawler

The world’s most powerful SUV is in need of some anger management, writes Denis Droppa
Motoring
2 years ago