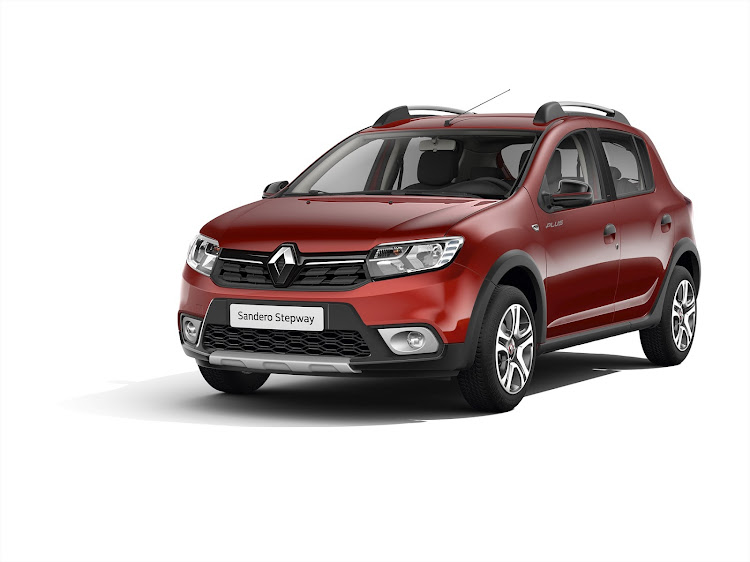 The 2019 Renault Sandero Stepway Plus offers a lot for its price tag.
Image: Supplied

These are tumultuous economic times, and everyone wants to stretch those cents as far as possible. The lower echelons of the market are therefore where the big sales volumes lie. We all know this.

The entry-level B-segment offers a variety of wares to shoppers with a firm price cap. These compact hatchbacks were designed to serve thriftily and without frills.

Back to our cheap, cheerful Gaelic fighter. Well, more Romanian in its roots, in fact, since it is sold under the Dacia brand abroad.

It brought a touch of innovation to market when the second-generation version was launched in 2014. It was the only product in the segment to pack a turbocharged engine. Over the years Renault executed the customary, subtle improvements on their budget car star, including aesthetic revisions, improved interior appointments and infotainment tweaks. The Stepway model has long served to bolster the appeal of the range. 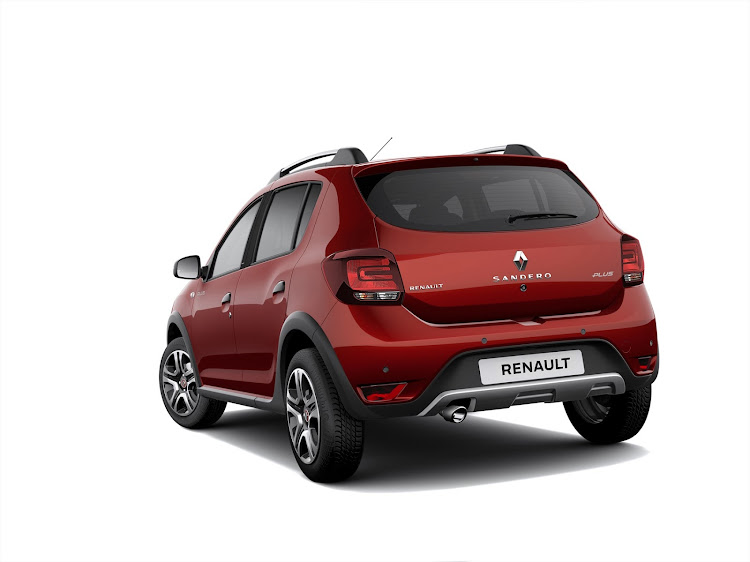 We recently found ourselves piloting the newly launched Stepway Plus. Under the hood, that familiar 900cc, boosted three-cylinder unit is still to be found. Its 66kW and 135Nm, extracted via a five-speed manual, served adequate fizz in the throes of stop-go traffic and was comfortable maintaining the national limit. Outstanding economy is a given. You can match their claimed consumption figure of 5.4l/100km without much doing.

So, what sets the Plus apart from its standard peer? For starters, note the 16-inch alloys with a two-tone scheme. The side mirrors are finished in black, punctuated by a red stripe. And a trio of interestingly named colours were introduced: Fusion Red, Highland Silver and Café Brown.

Further to that, the MediaNav touchscreen system gains extra functionality with smartphone mirroring via AndroidAuto or Apple CarPlay. Rounding that off is a standard reverse camera. 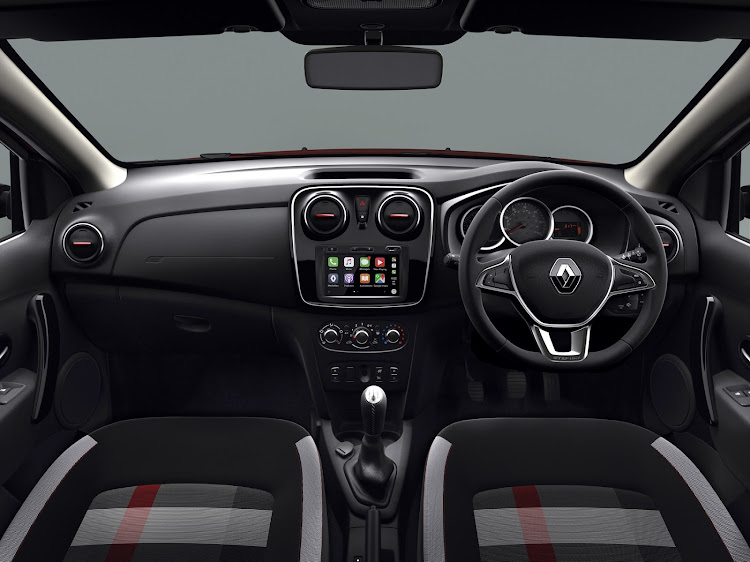 The interior of the 2019 Renault Sandero Stepway.
Image: Supplied

Other than those niceties, it remains business as usual. The existing Stepway equipment levels are generous to say the least, including cruise control, leather-wrapped cabin fixtures, fingertip controls behind the steering wheel and power windows for both rows.

Its safety credentials have always been commendable. No change there, with anti-lock brakes, emergency brake assist, dual front and side airbags and electronic stability control. Good proof that Renault can – when it wants to – build a quality car to bean counter specifications without the result being a woeful sack of potatoes on wheels. Hard to believe if you studied that horrible Kwid in isolation.

Sandero prices range between R179 900 and R213 900 for the Stepway Plus. It remains a competent offering in the category and one that is quite easy to recommend. More so with the inclusion of the five-year/150 000km warranty that has assisted Renault so greatly in dispelling reliability spectres of old.

If there's anything like straight German pragmatism and efficiency but without much flair, this latest issue from Opel is it
Motoring
1 year ago