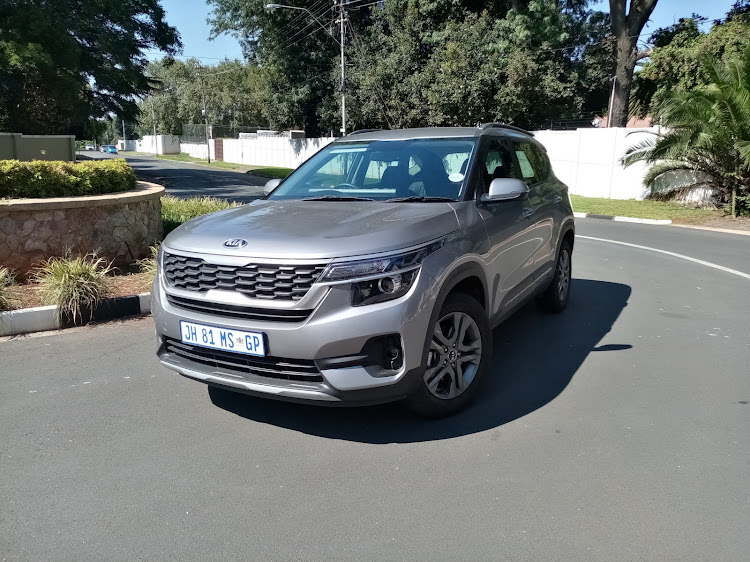 The handsome styling of the Seltos trickles down from its big, American Telluride cousin. Picture: PHUTI MPYANE

First it was ambitious Hyundai with its smaller Venue and now it’s the turn of sister brand Kia with its new Seltos to not only add to the flurry of choices in the trendy compact crossover segment, but to mount a fresh, more convincing challenge against the recently launched Volkswagen T-Cross.

Many tend to nod in agreement that the Seltos is handsome. It’s the first Kia to arrive in SA wearing the company’s boxier, more adventurous design inspired by the Telluride SUV flagship from the US market.

The cabin, where the space triumphs over its German rival, is a classy and modern enough place with pleasing tactility. At 2,610mm the wheelbase is capacious enough for four to five passengers.

An upright, rectangular digital screen acts as the main instrument cluster, while a smaller 20.3cm touch screen gives ready access to the luxuries, which, in this EX+ grade include standard fitments such as patterned leather as seat upholstery and on door panels, electrically adjustable side mirrors with auto-folding function, and a centre console armrest integrated with a storage box. It also has Bluetooth telephony, air-conditioning, automatic headlights, Apple CarPlay and Android Auto. 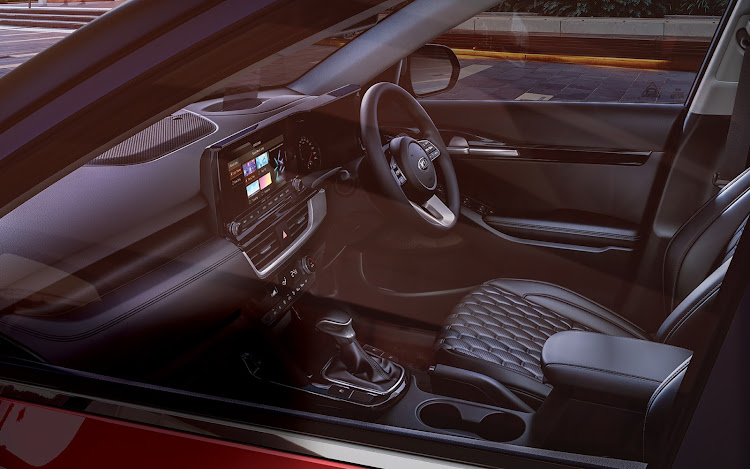 The spacious Seltos interior ticks a lot of boxes and the only disappointment was rattles in the test unit. Picture: SUPPLIED

This EX+ model is powered by a naturally aspirated 1.6l four-cylinder engine driving the front wheels. Outputs are an ordinary 90kW and 151Nm managed through a six-speed automatic. A six-speed manual is also available.

It’s no surprise the Seltos isn’t particularly rapid. It will reach 100km/h from a standstill in a claimed 11.2 seconds and has a top speed of 175km/h, which is nothing to write home about.

But there’s a lot to say about the muscle of its larger-capacity engine and the inherent tractability to deal better with loads and hilly roads than some three-cylinder rivals in this packed crossover population.

While performance won’t blow your socks off, it’s got robust enough urge for comfortable rather than strained driving on both urban or highway kilometres. There’s also controlled body roll and sufficient mechanical grip to confidently hold it at speed through corners.

Fuel consumption averaged 8.2l/100km driven mostly in city conditions but driving on open roads should shave that figure closer to the claimed 7.2l/100km. 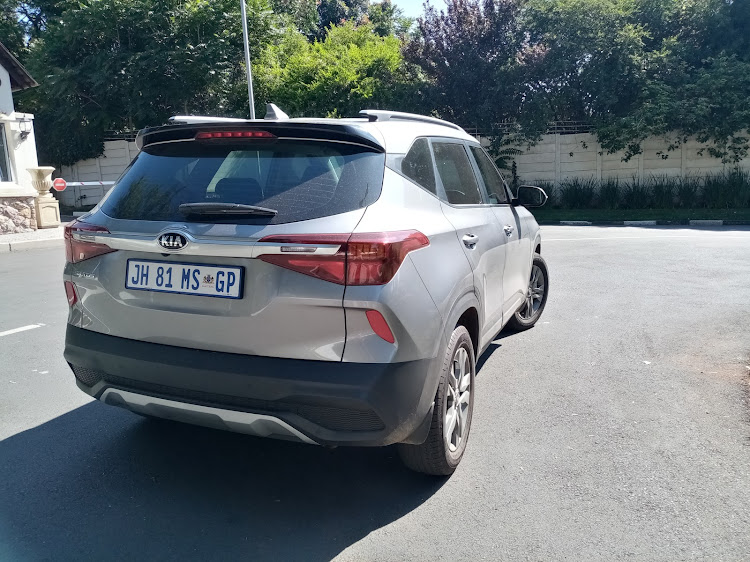 Kia Seltos looks good coming or going and boot capacity is rated at a useful 433l without dropping down the rear seats. Picture: PHUTI MPYANE

The ride quality isn’t the Germanic suppleness of the T-Cross but it is a finely tuned set-up for daily and extended driving usage. Easy and light steering adds to the joy of driving and parking this Kia.

Dislikes? None, really, except for an annoying rattle emanating from the rear boot cover area and the front passenger seat. And it appears to be slightly ravenous on fuel, but its spacious contemporary designed cabin, 433l of usable luggage space and a good enough suite of safety features make it a compelling alternative. I see it being well received in this busy segment.

VERDICT: Quite possibly the kryptonite to VW’s T-Cross

The powerful SUV is a thrilling drive, if compromised by turbo lag and an overfirm ride
Motoring
2 years ago

Offroad-focused Isuzu bakkie is a burly machine, but not without compromises
Motoring
2 years ago