REVIEW | 2020 Audi A7 sets new standards in the luxury class 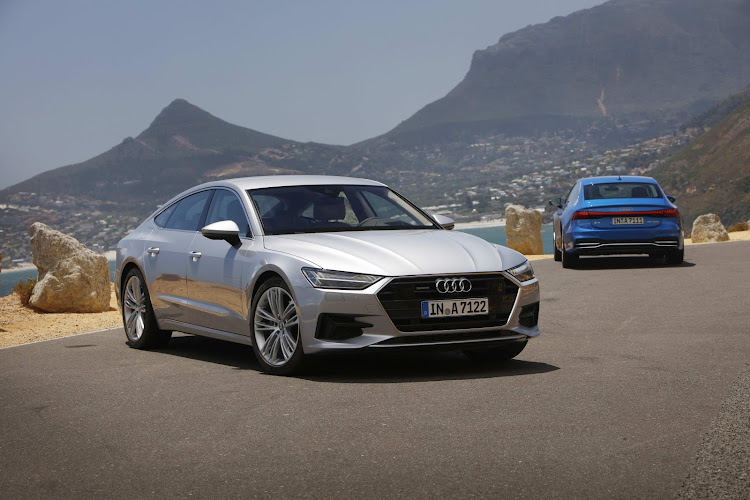 One of my earliest assignments in motoring journalism was evaluating the new-at-the-time Audi A6. The year was 2011 and the grey specimen delivered by legendary fleet manager Athol van Heerden, now retired, was of the 3.0 TFSI variety.

You can imagine that it left quite an impression. But then, my frames of reference were the four press cars had prior: Chevrolet Cruze, Chevrolet Captiva, Opel Astra and Volkswagen Scirocco R. Oh, as well as my own wheels, a tired Renault Modus in brown. Not forgetting the car that had afforded me the skills required to operate a motor vehicle — a Toyota Conquest — the driving school legend many SA drivers are au fait with. OK, and the borrowed Mazda 2 (thanks, ma) that saw me pass that driving test the fourth time around.

And it was in 2011 that the Volkswagen Polo and BMW 5-Series tied in the local Car of the Year competition. Another noteworthy happening in 2011, was that Audi released the decidedly more glamorous fraternal twin to the conventional A6, the A7. The Audi A6 earned a spot as a finalist in the 2012 instalment of the event, where the Hyundai Elantra ultimately took the title.

With its fastback shape and four doors, the A7 sought to take on the segment-pioneering Mercedes-Benz CLS-Class, as well as the Porsche Panamera. The BMW 6-Series Gran Coupé would join the club not long after. 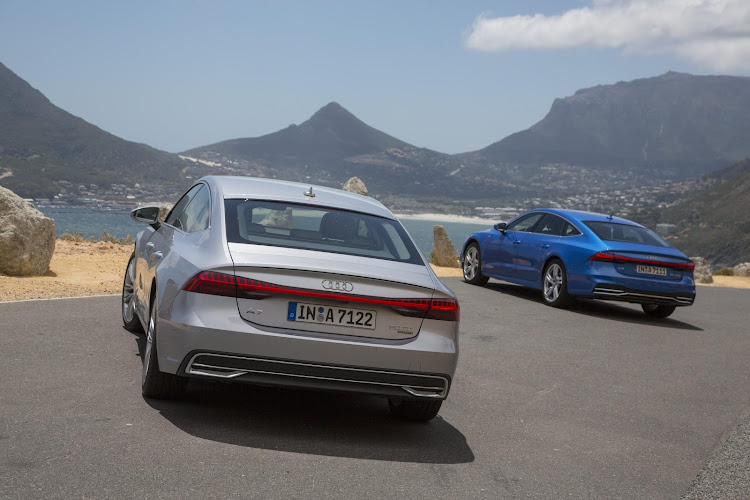 Launching the A7, Audi also reminded us of the 100 Coupé S, a forebear from yesteryear whose sloping rear roof was said to have inspired the tapering ceiling of the contemporary descendant. But that is a great story for another day. For now, draw your attention to the second-generation A7, which we spent poring over last week.

It is still an appealing sight: no changes to the distinctive overall shape. You will identify that certain aspects were gently massaged over rather than being redrawn, in that evolutionary way typical of the brand. From its frameless doors to the retractable tailgate spoiler, novel traits abound.

The latter, of course, serves a function beyond appearance, extending automatically at 120km/h for greater stability at higher velocities. Said velocities are readily accessible with the depth of reserves offered by the turbocharged, 2,995cc, six-cylinder under the generous prow. This petrol V6 is the only engine choice in the range — and while not a new power source, its state of fettle in this application makes it a deserving recipient of major praise.

Firstly, it is eerily quiet for a unit with a quoted 250kW and 500Nm, assisted further by the inclusion of a 48-volt hybrid system, paired with a seven-speed, dual-clutch automatic, S-Tronic in Audi parlance. 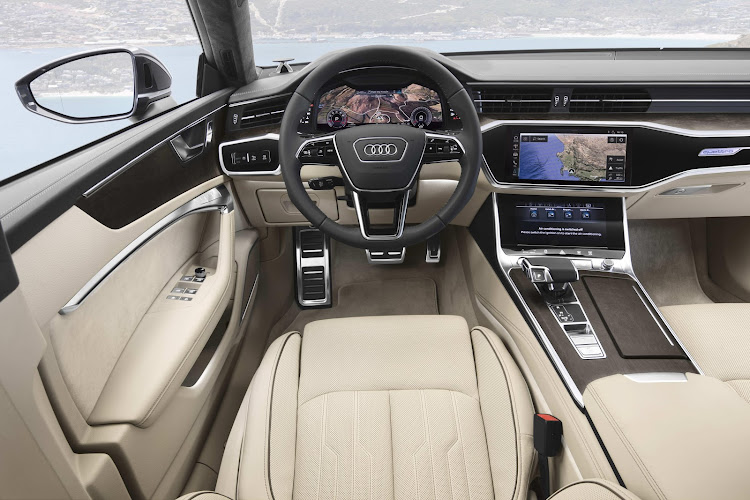 Luxurious interior is one of the best in the business.
Image: Supplied

Tranquil, yet rapid, the acceleration of the A7 put one in mind of the Rolls-Royce approach towards engine characteristics: the crude machinations of internal combustion are completely extricated from the passenger compartment. All you need to know is that when you put your right foot down, the result is a commensurate and swift increase in pace.

If the double-cream smoothness of the powertrain fails to impress, then the ride ought to reset your barometer of how a large luxury vehicle should perform. Our tester wore 21-inch rollers shod with Bridgestone Turanza T005 tyres (255/35R21); which looked as if they were painted on. And yet, despite the low profile and large diameter wheel, there was quite literally no surface that left the A7 shaken or stirred.

That includes a short dirt track out on the fringes of Gauteng, approached with speeds too pedestrian to pique the attention of the Quattro system. The wizardry of the silky suspension quality lies in the optional active damper control system (R19,670), while adaptive pneumatic suspension can be had for R34,600 more. Steel springs are standard.

Manoeuvrability in the city was simply astonishing, for a car with a 4,969mm length. And it was only after parallel parking and alighting that I saw why: rear axle steering. The option costs R33,050 and is worth ticking, if only to see the reaction of bystanders when the hind wheels turn in tandem with those up front. 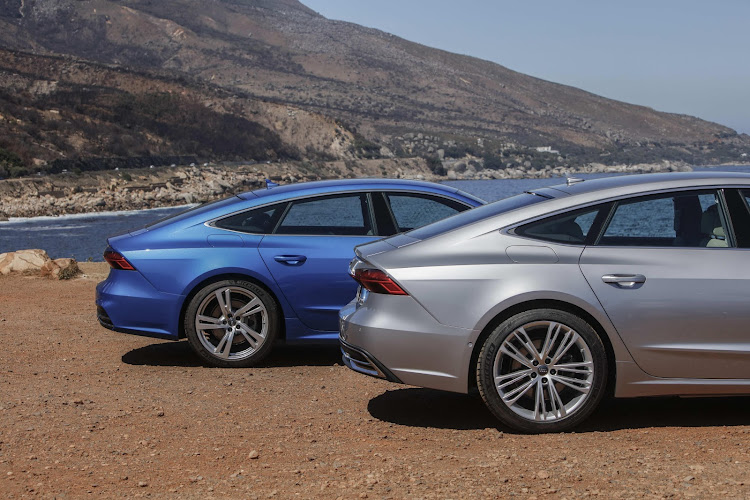 Power is provided by a turbocharged V6 petrol motor pushing out 250kW and 500Nm.
Image: Supplied

Expectedly, the cabin of the A7 employs materials of a lofty standard, with sophisticated metalwork embellishments and surfaces that befit its status as a high-level, premium product.

The interior fascia template takes its cue from the layout debuted in the 2019 Q8 sport-utility vehicle. Fixed buttons are few, with a screen-intensive dashboard that technophobic owners will need time to grow accustomed to. Initially, we were frustrated at the unresponsiveness of certain digital switchgear — but realised that you need to press down on the screen (rather than lightly touch) to activate functions, relaying a haptic click, as if you were pressing a physical button.

One downside of the set-up is that operating certain features (like climate control) while on the move can be quite distracting. Those electronically-actuated door levers take some getting used to. And while we are complaining, the heated seats (optional) were decidedly weaker in intensity than those found in my Volkswagen Polo GTI long-termer.

That aside, the elegant A7, with its frankly exceptional refinement levels elevates the standard of composure and plushness expected from the class. It is one of the finest cars you can buy today — and certainly, one of the best cars I have driven.

This flagship Seltos model offers a punchy turbocharged engine plus a host of attractive cosmetic exterior and interior tweaks. Unfortunately it also ...
Motoring
2 years ago

REVIEW | The 2020 Honda Amaze is one sensible little sedan

A clean, white example of the Japanese three-box saloon arrived for an evaluation period recently. The fleet manager assured me it had been subjected ...
Motoring
2 years ago