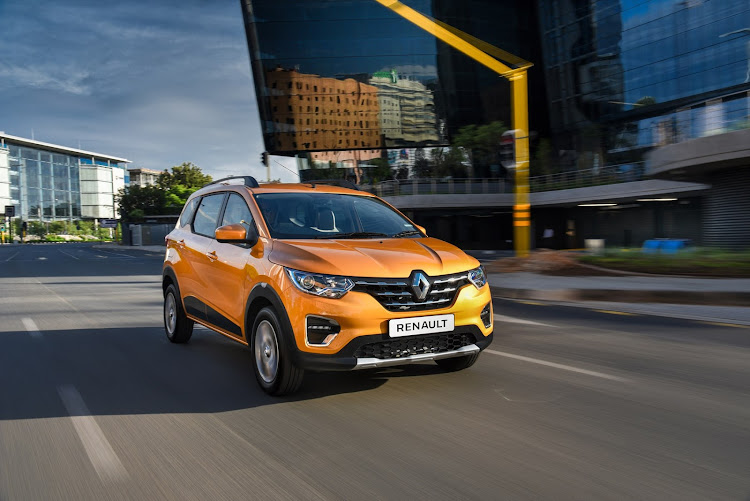 The Renault Triber is let down by an anaemic engine.
Image: Supplied

Commercially, the Renault Kwid has proven to be a runaway success. That is undisputable — with the impressive sales figures as concrete support. Critically, however, the story is rather different.

Since its launch in 2016, you would have read countless diatribes launching into the subpar safety credentials of the little car, its iffy build quality and uninspiring road manners.

But its biggest trump card, affordability, has ensured the Kwid a spot in the driveways of thousands of South Africans: mostly first-time buyers whose relish for the freedom of cost-effective, personal mobility eclipses any grievances the national motoring press levelled at the French hatchback.

And in February a new variation of the model entered the market in the form of the Triber, which employs the same CMF-A code platform as the Kwid, but in a family-friendly configuration. If you want a cheap, new seven-seater, the asking price from R177,900 is enough to at least get you into the showroom hankering for a test drive.

My enthusiasm for the spiffy-looking blue test unit ran high: could this attractively-styled, roomier remix effectively redeem estimations of those core Kwid ingredients? My expectations were carefully tempered of course.

Viewed front-on, it really is attractive. Its countenance appears decidedly grown-up. And the rugged accoutrements bode well for eventualities of dirt-track traversing. So too does the decent ground clearance of 182mm. The roof rails are not merely decorative, with a certified payload of 50kg.

Hopping behind the wheel, the superiority of the Triber over the Kwid was instantly noticeable. The layout and template of the fascia was unlike the dinky toy impression of its counterpart. And the materials employed are of a superior quality — far from soft-touch — but seemingly durable and sturdily-assembled. It was assuring to note the width of the interior door panels. 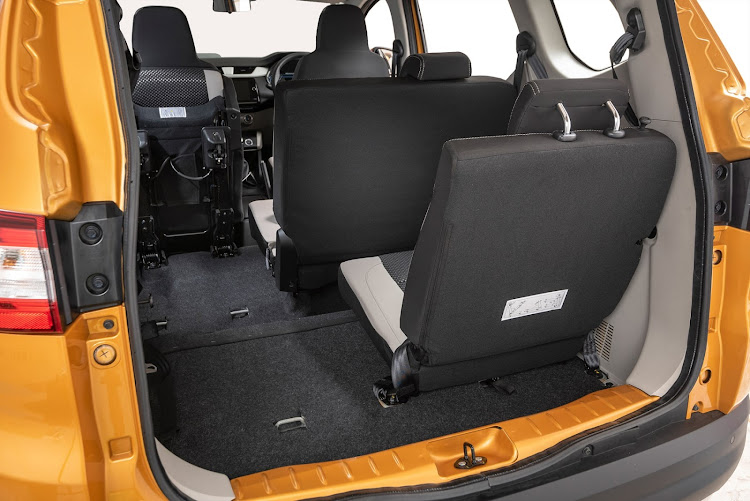 Interior offers a lot of space for the money.
Image: Supplied

That said, there are no safety ratings available for the model yet. Remember that the Kwid scored zero stars in a 2018 crash test by ASEAN NCAP. Standard safety fare in the Triber includes dual front airbags, anti-lock brakes and electronic brake-force distribution.

The range-topping Prestige model we tested (R202,900) gains front side airbags. The equipment level in this model is commendable. Aside from storage spaces aplenty, it features keyless-entry and keyless-start, an eight-inch touchscreen infotainment system with navigation, Bluetooth, air-conditioning for all three rows, a cooler box in the centre console and a digital instrument cluster.

With the third row of seats removed, luggage capacity is quoted at a substantial 625l. With those seats in place, however, you will need to curb your enthusiasm on shopping expeditions, as we learnt. So, the Triber looks good, is a far nicer place to sit than the Kwid and has a respectable standard of features.

But all those pluses creep aft of the mind upon realising how terrible it is to drive. And much of this is owed to the 999cc, normally-aspirated, three-cylinder petrol unit doing duty. It is quite simply not up to task even with just one occupant aboard. Picture how woeful it would be with a full house of people and the air-conditioning at full blast in all three rows.

Motivating the Triber is a frustrating affair. With every first-to-second gearshift, the engine seems to rock on its mountings, seemingly wanting to peek through the firewall and into the passenger compartment. Turning right at traffic light intersections can be a hairy affair — you really have to kick that tachometer needle up in order to set off with reasonable briskness. To be honest, I stalled on a few occasions: blame the lack of lowdown grunt rather than my clutch-control skills.

It is telling that Renault left the “Performance” tab of its specification sheet for the Triber empty. But when you do eventually get it up to momentum at the national limit, the Triber feels as flimsy as its 957kg mass suggests.

The other day I drove past a Volvo billboard on which the XC60 featured. Its caption described a transformation from “boxy” to “foxy".
Motoring
1 year ago

REVIEW | The 2020 Toyota Corolla has more swag than ever before

It is often saidnothing lasts forever. And while that may be true in most instances, there are many Toyota Corolla owners who would disagree.
Motoring
1 year ago