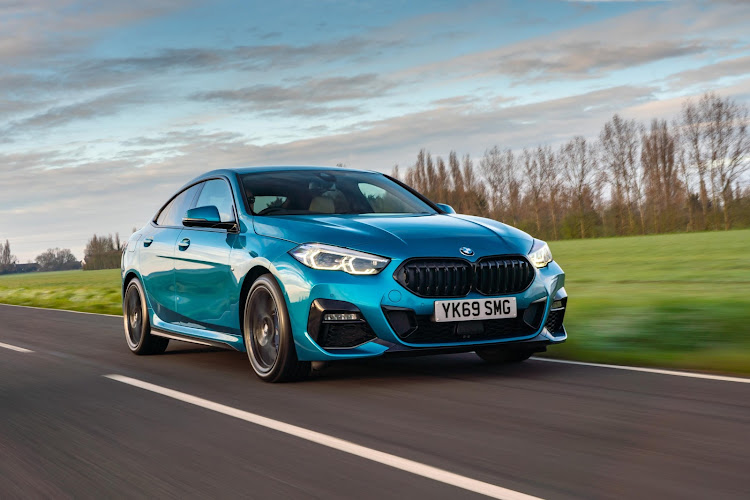 The number 2 has served as something of an experimental digit for BMW.

Think about it. Aside from the conventional, two-door, 2-Series model, it also launched the Active Tourer version of the nameplate in 2015. Aesthetically, it was not quite true to the predator-like shades and templates we had come to expect from the company.

Designed to compete with the Mercedes-Benz B-Class, the Bavarian was also the first production model from the brand to have its power sent to the front wheels. A move that would have been unthinkable when the firm was at peak obstinance with its vehement defence of six-cylinder engines aspirated naturally – and rear-wheel drive.

How times have changed. And for the better, because one-dimensionality is a death knell for any operation seeking longevity in an ever changing world.

This year it gave us another variation of the 2 Series in the form of the Gran Coupé. You would be forgiven for dismissing it as downright peculiar in appearance. Not since the 5 Series GT has a BMW been so poorly received. 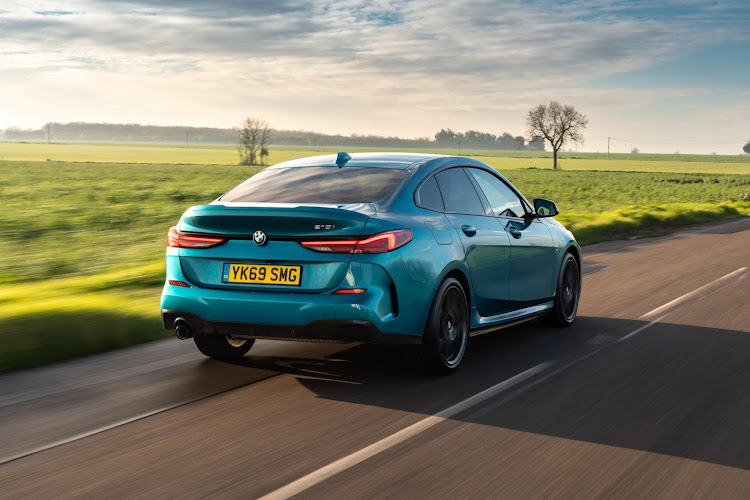 Some colleagues assured me  it looks better in the metal. They lied. When my gleaming white test unit arrived, my eyes affirmed  the images were correct: it looks as ugly as it did in the initial photography. Not even the addition of the M Sport regalia could remedy the situation.

You really must wonder, if the intention was to create a car with a harmonious, coupé silhouette, how the design managed to be ratified by several board meetings. With its high, flat tailgate section, large expanses of shapeless metal (those rear quarter panels) and bulbous front, they should have given it the GT moniker instead of the glamourous Gran Coupé title.

Surely it drives better than it looks? Well, that depends on what your expectations are. If you are on the prowl for a comfortable, muted daily companion, then the model rates quite favourably – particularly in the 220d flavour we drove.

If you were hoping it would be infused with some of that spirited, competitive heritage-flavouring generally associated with a BMW, then best look elsewhere. You see, it is based on the same architecture as the latest, F40-designation 1 Series. Which itself was a driving disappointment. 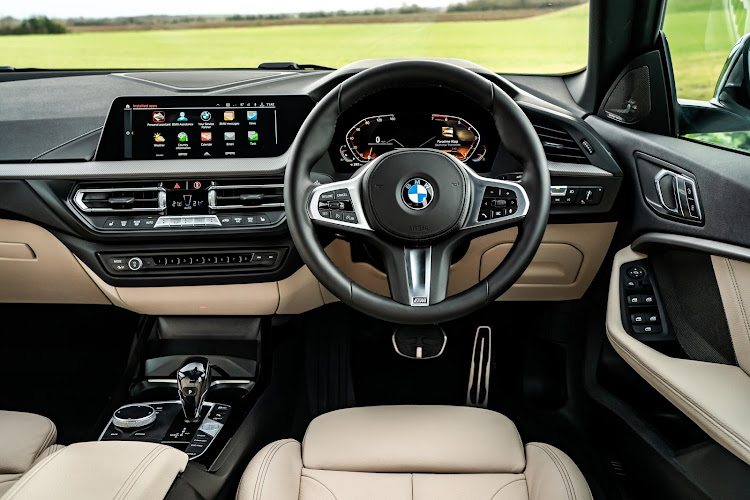 Well built and appointed interior is probably the highlight of this BMW.
Image: Supplied

The unique selling point that made the car such a compelling proposition in the segment has been snipped. Drive is now sent fore of the two axles. Even if you are the kind of driver with no concern for or sensitivity for the finer points of vehicular dynamics, you will be able to glean that the 2 Series Gran Coupé might have been better served in the more traditional configuration.

That is because the front wheels are frequently overwhelmed by the 140kW and 400Nm served up by the turbocharged diesel lump under the nose. Accelerating out of a corner, the tiller of the 220d writhes left and right as the bounty of torque causes a dispute between application to tarmac and directional stability. No complaints about the eight-speed automatic though.

Aside from its newness, one struggles to pinpoint the hook that this BMW might use to convince a shopper to click the buy button. From a style perspective, the Mercedes-Benz CLA-Class is the far sexier proposition. In terms of refinement and driveability, the outgoing Audi A3 sedan still ranks higher in my book.

Its makers could have created something akin to a shrunken down 8 Series Gran Coupé. Instead, the 2 Series is an opportunity missed.

Commercially, the Renault Kwid has proven to be a runaway success. That is undisputable – with the impressive sales figures as concrete support. ...
Motoring
11 months ago