Among the things BMW gets right is the art of the large, four-door car. Some time ago that reference would have applied solely to the 7-Series.

But since 2012 the firm also began producing a variation of its 6-Series with additional entrances.

Lest we forget, BMW also has a presence in the niche of large, five-door cars. Recall that 5-Series GT? That has since become the 6-Series GT.

Meanwhile, the regular 6-Series and its Gran Coupé counterpart were axed.

But perhaps we should say reincarnated, because the 8-Series is now your port of call if you want a big two-door (as well as a two-door with two more doors in the form of the Gran Coupé).

We recently spent four days with this version of the moniker. And surmised that those privileged shoppers in the segment have a truly unenviable decision to make.

Because this Bavarian and its fellow Germans are all so exquisite to look at. Pause and reflect, for a second, on the Mercedes-Benz CLS-Class, the pioneer of the so-called four-door coupé genre. Its slinky, curvaceous silhouette is a thing to behold. Then you have the Audi A7, more wedge-shaped in execution, cutting a svelte profile in any setting.

Now the BMW seems to have a slightly more pumped-up, wide-angle appearance over its chief rivals. The aggro presence of its regular counterpart launched last year has been faithfully distilled into this more practical format. It is certainly more attractive than the other Gran Coupé discussed on these pages last week: that peculiar 2-Series. 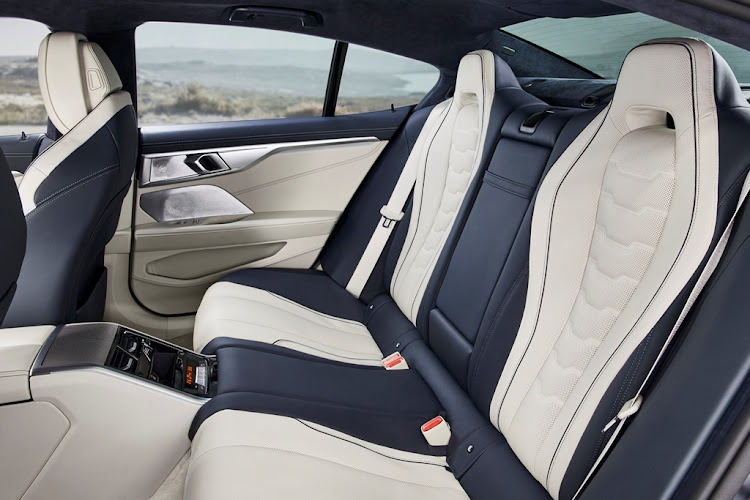 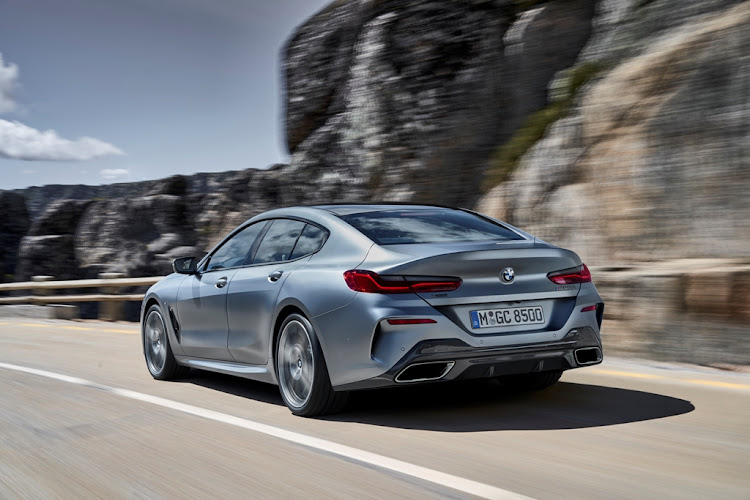 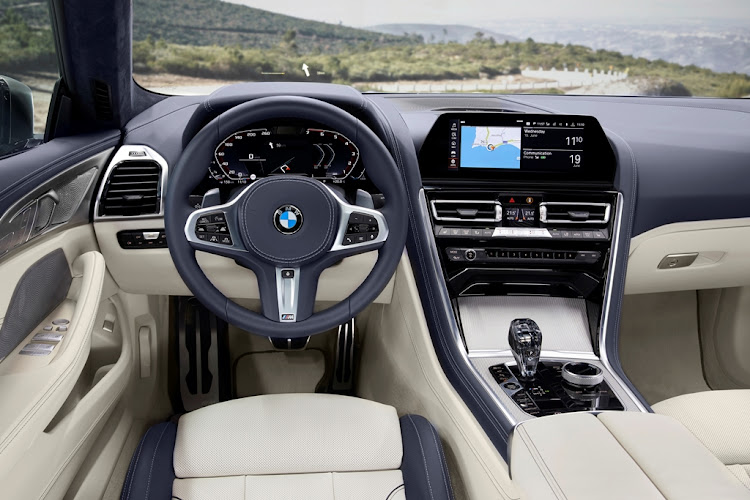 As expected, BMW labours those promises of sportiness and dynamism in the promotional materials. Yet it was not the pretence of a spirited nature that endeared this 8-Series to me.

No, it was the cosseting and tranquil nature of its character. From the moment you settle into one of its well-bolstered pews, you experience a true sense of calm. There's a vault-like insulation from exterior stresses, with just a faint aural intrusion of that engine for ambience purposes. Being in the Gran Coupé was relaxing indeed.

It served effectively as a makeshift office, to change the monotony of working at my kitchen table with only appliances and SAfm for company. A relevant test for the car, since the high-flying executives who will purchase it are bound to be conducting business on the go. The rear seats are contoured and shapely, with a two-plus-two layout creating the impression that each passenger is in their own snug pod.

The only fixture in the cabin that raised an eyebrow was the crystal ornament gearstick, which looks as if it were taken from a box of dodgy costume jewellery items. But the machinations that it is attached to are quite worthy of praise.

First up, the familiar, slick eight-speed automatic transmission. In the 840i we drove, it is entrusted with shifting 250kW and 500Nm to the rear wheels, courtesy of a turbocharged, six-cylinder petrol unit with a three-litre displacement. It hustles the lengthy BMW along with impressive urgency, claiming a 0-100km/h sprint time of 4.9 seconds.

What you may also find interesting is that, despite being the more substantial, practical choice, the Gran Coupé is considerably cheaper than its standard coupé and convertible counterparts – by some R500,000. That could represent one way of trying to justify it as a bargain in these times, we suppose.

REVIEW | The 2020 Suzuki S-Presso is a budget car marvel

You can’t always get what you want. But if you try sometimes you might just find you get what you need. The Rolling Stones penned these lyrics back ...
Motoring
6 months ago

The number 2 has served as something of an experimental digit for BMW.
Motoring
6 months ago
Next Article