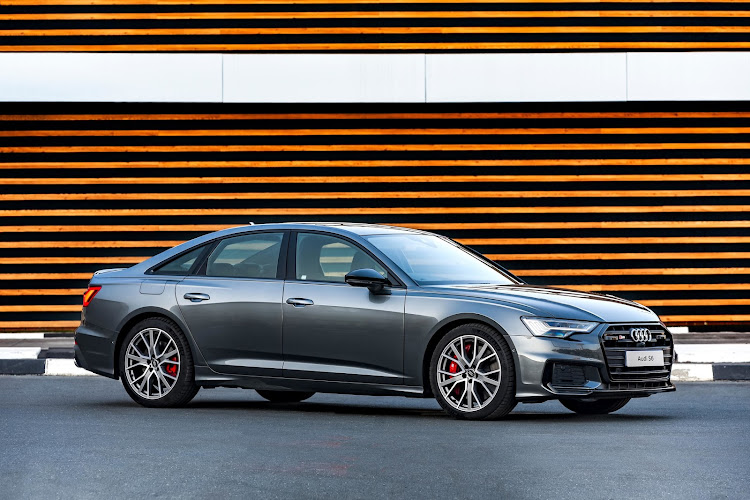 The 2020 Audi S6 is all about understated performance.
Image: Supplied

It is safe to say that Audi is well-versed in the art of the sleeper car.

Sleeper car? For those who think we might be talking about motorhomes or caravans, allow us to explain the mystique of the so-called sleeper, or Q-car.

This is, essentially, a vehicle whose innocuous and conservative appearance belies devastating performance.

With the S6 lineage, Audi has always affirmed its adeptness at building subtle, stately saloons with an underlying mean streak. And there was a season where the brand went especially mad with the concept. The third-generation car (2006) used the 10-cylinder engine found in the backside of a Lamborghini Gallardo – this was not long after the company was acquired by the Volkswagen Group stable. 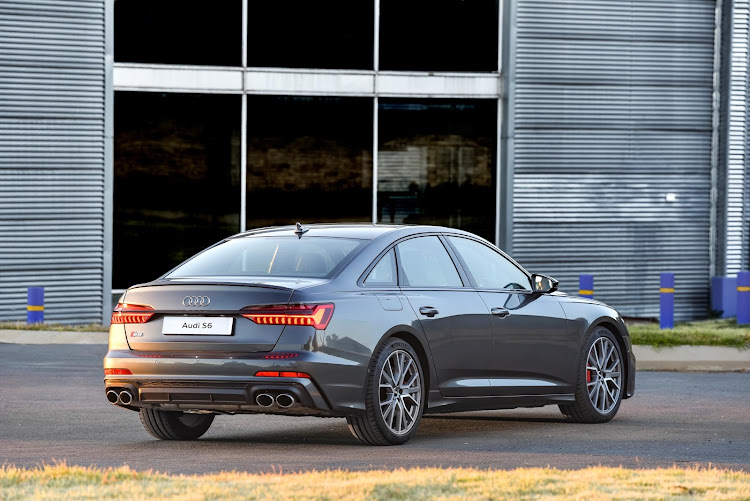 The rear apron gets a set of double tailpipes.
Image: Supplied

Now the fifth-generation car is here and in typical fashion, at first glance, you would be forgiven for mistaking it with the regular A6. We certainly did, especially thanks to the sombre grey paint, packing all the charisma of a rainy day in Frankfurt.

The hints are effectively veiled. Pore a little more thoroughly over its physique and you might find certain giveaways. Such as the quartet of tailpipes, side mirrors in black, and red brake calipers beneath each of the four busy-looking alloy wheels. If you squint at your rear-view you may see that tiny S6 insignia in the grille, before promptly giving way to the hunk of fast-approaching Ingolstadt metal.

At which point the elegant sedan would have briskly whisked past – and without much acoustic fanfare.

The engine up front is a familiar one: the 2894cc, V6 unit that serves in various Porsche derivatives and in the current RS4 Avant and RS5 models. 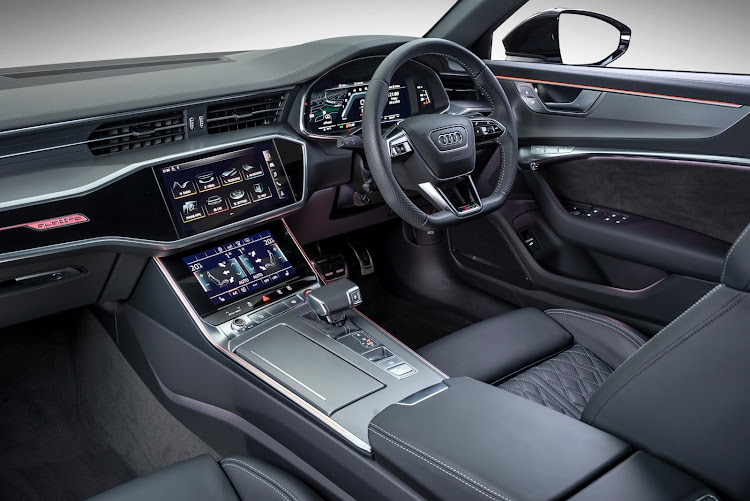 The exquisite cabin is well built and full of the latest automotive tech.
Image: Supplied

Unlike the howling, fierce aural impressions of the latter two cars, the battle-cry of the S6 is restrained, reflecting its demure overall make-up. That said, it does deliver the expected flatulence on upshifts when Dynamic mode is engaged.

You can also up the ante of the noise by delving further into the Audi Drive Select menu, which provides a rather politely-termed range of choices from “Subdued” to “Pronounced”. The twin-turbocharged petrol engine, hybridised with a 48-volt battery set-up, produces 331kW and 600Nm. This is good for a 0-100km/h sprint time of 4.5 seconds, with an eight-speed automatic on duty and the obligatory Quattro all-wheel drive system ensuring tractional stability.

In Europe, the S6 is a different animal altogether, propelled by a diesel heart. According to Audi, fuel quality is the reason we have the TFSI S6 over its TDI sister, whose power plant was designed to meet stringent EU6 regulations.

Last month we tested the A7 55 TFSI, fraternal twin to the A6. Our comments about the four-door coupé were not ambiguous. We said it raised standards in the category and places among the finest large premium cars on sale today. 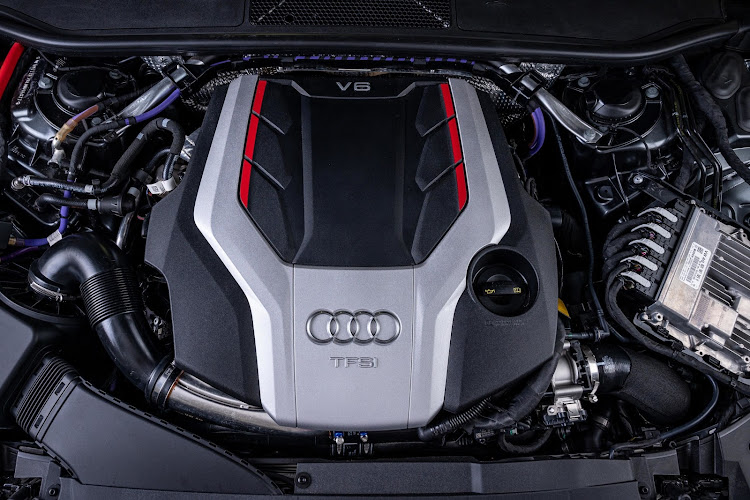 And since the S6 employs a largely similar constitution, it is worthy of the same praise.

As with its sibling, refinement is an outstanding virtue. Adaptive air suspension negates the usual trade-offs that may come with a 21-inch wheel choice. And like with the A7, the insulation of the cabin had us drawing parallels against ultra-luxury brands with a double-R acronym.

Specified with four-wheel steering, the S6 is no less daunting to manoeuvre around town than an A3 Sportback. But it was the ease of acceleration in freeway driving conditions that wowed on every occasion. Apart from the obvious rapidity, the drama-free way in which it reels in the horizon is something to behold. Athletic and cosseting, the 2020 S6 is an executive express par excellence. If all this sounds a bit too reserved for you, it is worth remembering that the RS6 is on the cards, though that will be available in Avant format only.

REVIEW | The 2020 Citroën C5 Aircross is a clever Android

REVIEW | The 2020 Volkswagen Touareg is an underrated luxury SUV

Despite a close under-skin relationship with the Audi Q7, Porsche Cayenne and the Lamborghini Urus, the Volkswagen Touareg continues to bask in the ...
Motoring
2 years ago