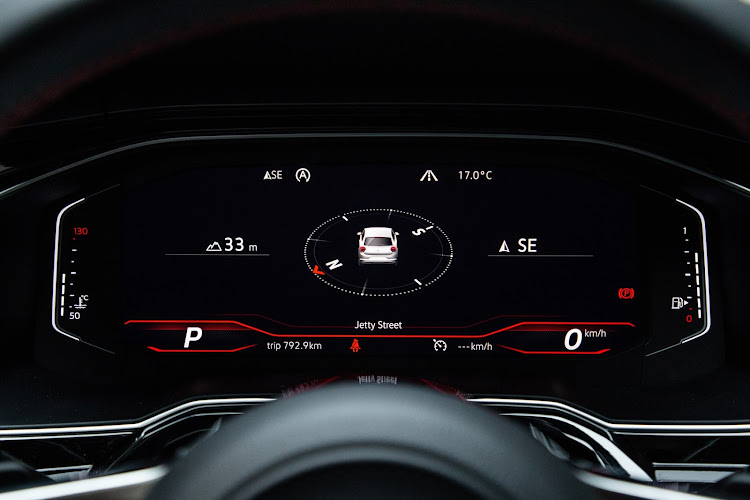 In the last update on our long-term Volkswagen Polo GTI, we addressed the obvious performance aspect of its existence.

It delivered the goods in a straight-line acceleration test, registering impressive figures via the VBOX telemetry equipment. The 6.64-second standstill to 100km/h sprint time was fractionally quicker than the official claim at 6.7 seconds.

It does what it says on the tin, then. But how does it fare when it comes to digitisation and connectivity? These are two aspects that are of increasing importance to the modern consumer. Even the deplorable Renault Kwid comes with an admittedly nifty infotainment set-up in 2020.

The touchscreen interface of the Polo has thus far impressed with its ease-of-use on the surface – but scratching deeper revealed certain gems.

Take, for example, the simple act of relaying time: you can choose between watch bezels. There are other displays to get excited about if chronology is not your thing. That includes a trio of virtual gauges, showing boost pressure, oil temperature and G-force levels. 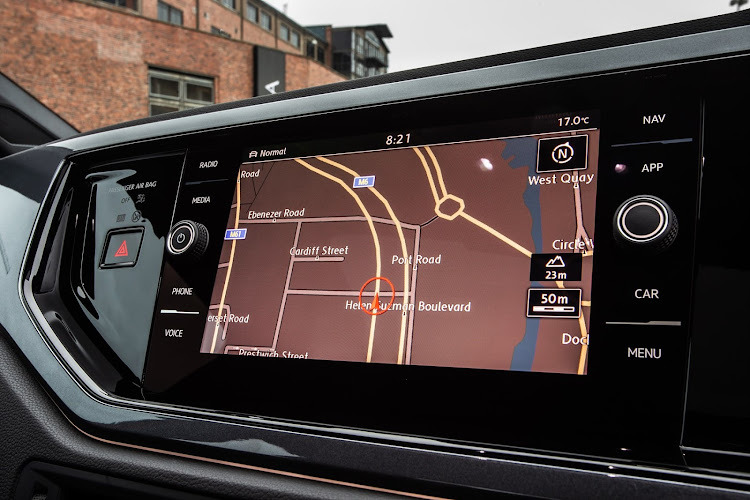 The Polo GTI's touchscreen infotainment system is intuitive and easy to use.
Image: Supplied

There is also the Think Blue monitor that turns efficient driving into a game, with a meter rating the frugality of your pedalling. Nor can we forget that the instrument cluster itself has no traditional, analogue features to speak of. Everything is rendered in colour and clarity through the clear Thin Film Transistor (TFT) screen. There is a handy lap timer in there too.

So, our GTI is digitised. But how connected is it? Well, my Samsung A30 hooks up to the Android Auto system with no hassles. Google Maps is particularly useful, since the infotainment system of our Polo does not have its own, integrated navigation, which is an optional extra.

On that point, we also noticed that hitting the voice control pictogram on the steering wheel brings up a message that says we should contact our dealer to enable the function by means of an activation key.

What we are looking forward to using is the Volkswagen We Connect Go app, which operates in tandem with a data plug. It allows the user to keep tabs on aspects of their car, with a logbook, fuel monitor, driving statistics and maintenance details. You can also summon assistance via the app – and if you forget where you parked, it will also guide you to your vehicle. Viva GPS!

Expect more on that in the next update. For now, since provincial boundaries have opened up, our priority is adding digits to the odometer of the GTI. Like most, after several months under lockdown, the Polo looks forward to getting out into the world.