New vehicle sales are on the rebound. But the forecasts for a return to pre-pandemic levels of market activity are cautiously optimistic.

One thing that analysts have asserted in unison, is the continuation of a buying-down trend. A believable prediction, as most consumers seek to regain a stable financial footing, in the wake of Covid-19.

If you are looking to enter the world of new car ownership, bound by a strict budget, then keep reading. This applies, too, if your motoring journey has come full circle and circumstances dictate a drastic scaling down of automotive expenditure.

Featured on these pages are two of the most affordable ways into personal mobility on four wheels. The newer and cheaper of the duo is the Suzuki S-Presso, launched earlier this year. Pricing kicks off at R139,900, while the grandest S-Edition model grade with an automated-manual transmission will set you back R166,900. On test here is the S-Edition manual, costing R152,900.

The green South Korean scallop alongside it is the Hyundai Atos, a nameplate with which the South African market is well acquainted, having first made an appearance as far back as the late nineties. There is one model grade in the range, the Motion trim level with a manual transmission priced at R165,900.

Beneath its stubby front-end, the Suzuki houses a 998cc, three-cylinder, normally-aspirated petrol power source. It motivates the 750kg body effusively, though this momentum is accompanied by a din that can grow fatiguing. Power is rated at 50kW and 90Nm.

The Hyundai is better served by an additional cylinder and a slightly bigger displacement, at 1,086cc. It too is gasoline-powered and normally-aspirated. Though the output closely matches that of the Suzuki (50kW and 99Nm), it requires less of a thrashing to coax progress out and performs with less clatter. The Atos tips the scales at 866kg. Claimed consumption figures for either vehicle range between 4.9l/100km and 5.7l/100km respectively, numbers that are realistic in their promises. The Hyundai has a bigger fuel tank (35l) versus 27l in the Suzuki.

Aside from having a greater mass than its counterpart, the lower ride height and wider footprint of the Hyundai holds it in superior stead dynamically. With a ground clearance of 165mm it could be likened to a low-slung coupé in comparison to the 180mm of the S-Presso. Of course, this tippy-toed benefit becomes especially clear when the prospect of a gravel road looms. But on the freeway and around town, the superior sure-footedness of the Atos cannot be disputed.

This grown-up sense could be used to describe its cabin too. While dour, with an abundance of grey and black shades, tactile quality was impressive. The materials employed in the S-Presso were of an equally commendable standard, considering the price point, with a cheerful ambience courtesy of accents matching the exterior shade and an oversized spherical frame for the centre fascia à la Mini Cooper.

From behind the wheel, its tall and upright seating position was likened to that of a lawnmower, by one staffer. In the Hyundai, one is seated noticeably lower. A mere 4l of luggage capacity separates the two cars, 235l in the Atos and 239l for the S-Presso.

In either model, there is no dearth of basic kit. Standard fare includes air-conditioning, electric windows, while the Hyundai even has steering-mounted audio controls. The Suzuki lacks such a convenience, but it counters with the inclusion of rear parking sensors and a reverse camera.

Shoppers will be happy to know that neither car skimps in the connectivity and infotainment stakes, as both pack comprehensive touchscreen systems. These set-ups offer Android Auto and Apple Car Play integration as well, essential in 2020. 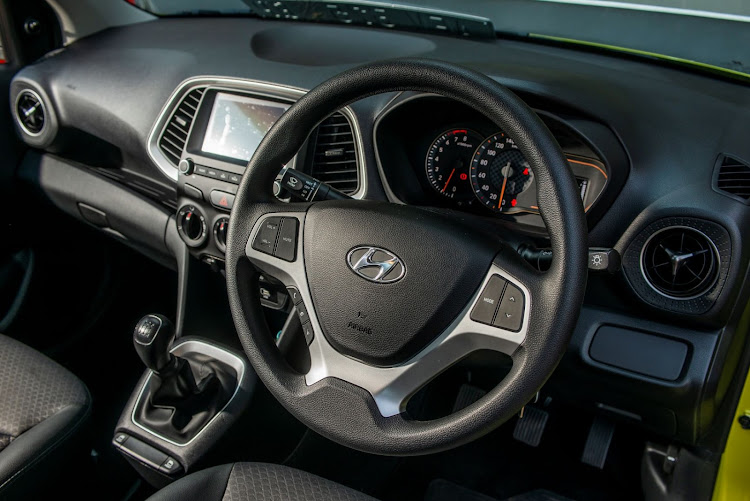 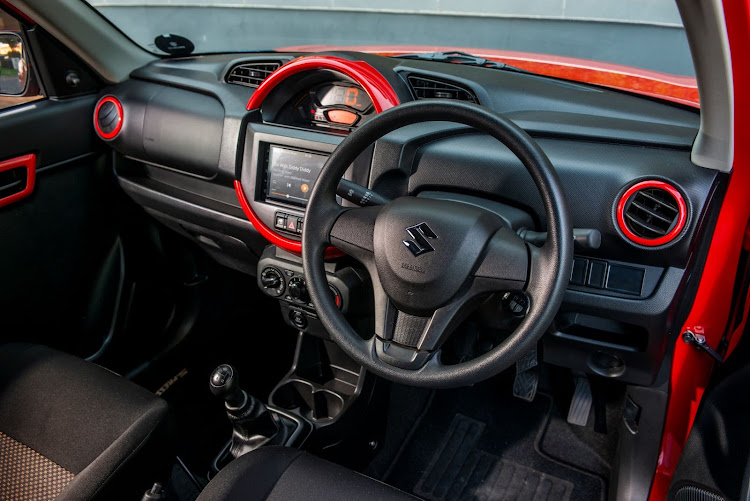 Now to address the area in which cars of this category often fall short: safety. No need to reference the Renault Kwid and Datsun Go handbooks on how not to do it – you would have read our countless diatribes by now.

Are these cars any better? Well, in the case of the Hyundai, the answer is yes, but only slightly. It has dual front airbags, anti-lock brakes and electronic brake-force distribution. But it only mustered two stars in its round of Global NCAP crash tests. The Suzuki has the same trio of amenities, but is yet to be tested by Global NCAP.

The lower price, quasi-crossover persona and lengthier service plan of the Suzuki S-Presso are compelling reasons to look in its direction. But the Hyundai feels decidedly more substantial from behind the wheel – and its safety credentials, though not spectacular – are proven.

The Suzuki S-Presso (left) is yet to be crash tested. The Hyundai Atos scored two stars in its Global NCAP crash test.
Image: Waldo Swiegers