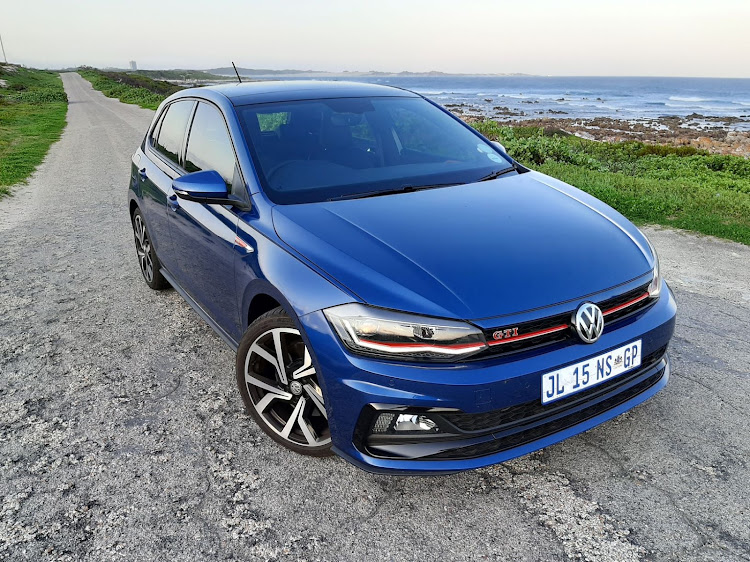 The author was finally able to drive his long-term VW Polo GTI across provincial boundaries on a recent jaunt down to PE.
Image: Brenwin Naidu

My first workout on the treadmill in this second level of lockdown was like starting a car that had been parked too long.

After initial hesitance and plenty spluttering, the cobwebs in the airways evaporated and the blood pumped through valves and ventricles that were desperate for lubrication.

Luckily, our Polo got into rhythm far more effortlessly on its first long-distance exercise since we took delivery at the end of March. Sometimes we go a little overboard in how we personify cars, but you could really tell that this little GTI was aching for the fresh air and open road.

And good evidence of that was how dramatically the average fuel consumption dipped over the past 2,500km on a jaunt from Johannesburg to Port Elizabeth. It went all the way down to 6.4l/100km, a major improvement from the near 10l/100km seen during a routine that consisted almost entirely of urban commutes. With the odd, brief freeway stint thrown in. 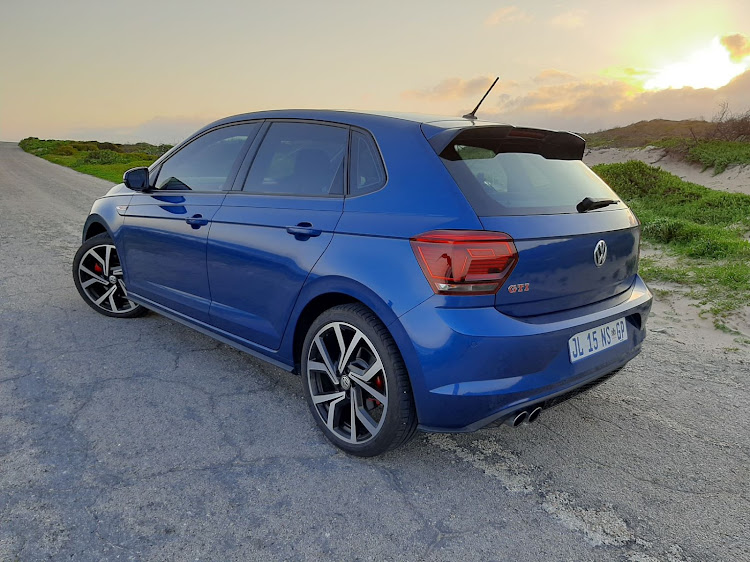 But before hitting the open road, preparations had to be made. A cautious traveller like myself was not about to overlook the possibility of certain impediments to mobility, such as the misfortune of a flat tyre. And the standard-issue space saver wheel left me feeling a little uneasy.

So a call to the dealer was made. Sorry, they said, but loaning wheels is something that they just did not do.

The adviser on the other end of the telephone suggested visiting a second-hand parts dealer to find a similarly-sized wheel and tyre combination for backup purposes.

William Kgatlane, the friendly press fleet manager at Volkswagen South Africa came to my rescue, with an identical 215/40R18 roller lifted from a driver training academy vehicle. Actual owners are not going to have access to such courtesies, we know. So lest you feel you can make do with the biscuit spare, definitely go out and invest in a full-sized plan B if possible.

Anyway, with the 18-inch hoop occupying half of the boot and our luggage in the other, we nosed down that lengthy N1 to Bloemfontein. With the cruise control set to 110km/h the Polo is a comfortable hauler, while the stoutness of its torque reserves makes for confident overtaking ability. 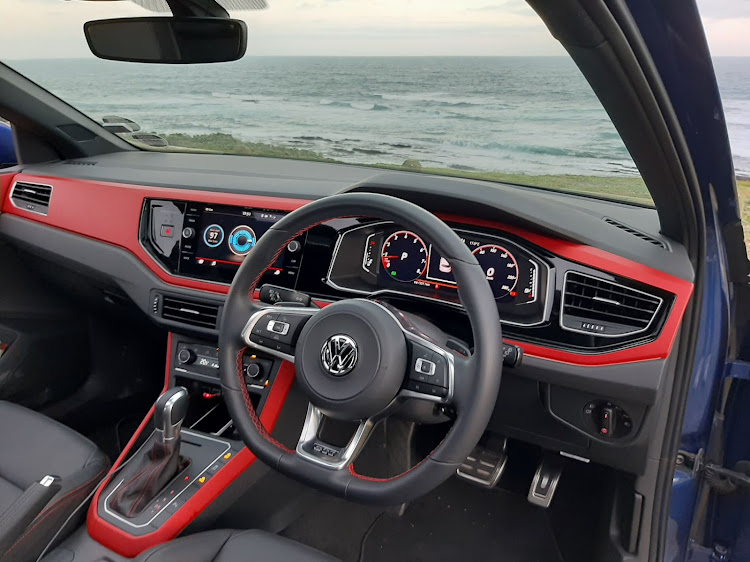 A comfortable and well-appointed cabin is more than game for long trips.
Image: Brenwin Naidu

By the time we arrived at the sinuous layout and exciting elevation changes of Olifantskop Pass in the Eastern Cape, it was beckoning to be unrestrained just a wee bit. So, the leash was loosened: cruise control off, with its sportiest driving mode engaged and the shifter lever tipped to manual.

We never noticed its propensity for terrific popcorn noises on downshift before this point. And perhaps those acoustics were amplified by one side of the rear seat being folded down. Both occupants were grinning by the time we emerged safely at the other side of the mountain.

A well-deserved pat on the dashboard was given to the Polo, after such a spirited performance. Also great was that the fifth or sixth wheels were not required anyway. The only injury our car sustained over this cross-country outing was the tiniest of windscreen chips, completely unavoidable and likely caused by a stray stone chucked up by a truck.

Passing Uitenhage on our way back to the big smoke, a beaming moment of pride was had. If our Polo had arms it would have waved to its brothers and sisters on the production line of its home facility.

September marks our sixth month with the vehicle, the halfway point before our evaluation period ends in April 2021. As the miles continue to rack up, we look forward to getting it to its first service at 15,000km.

How does it fare when it comes to digitisation and connectivity? Brenwin Naidu investigates
Motoring
1 year ago