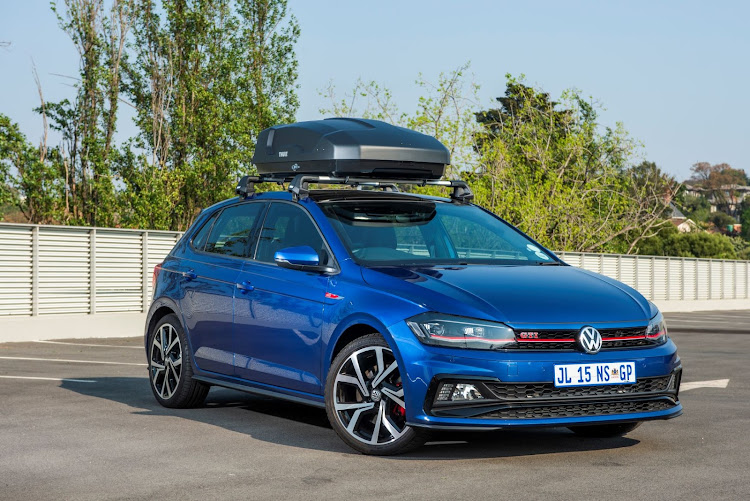 Last month we took our Volkswagen Polo GTI to Port Elizabeth, adding 2,500km to its odometer.

Recently, it embarked on yet another cross-country jaunt. This time, with five passengers and additional load-lugging gear: a proper test of endurance for the car and occupants.

It was an undertaking that was unplanned. But those memorable trips generally happen on the spur of the moment. So, this is what went down. A family bereavement prompted a trek to Cape Town on Friday September 25, to attend proceedings the next day.

The initial plan was to drive back on the Sunday, because a product launch in Port Elizabeth meant catching a flight on the Monday. Forget the rush — driving would make better sense and so it was decided: Johannesburg to Cape Town, Cape Town to Port Elizabeth and Port Elizabeth to Johannesburg. Or about 3,200km in six days.

Rather fortuitously, the offer of a Thule Force XT M roof-mounted box had come well before this impromptu itinerary. Thank goodness for that, because things would have been just about impossible without it. 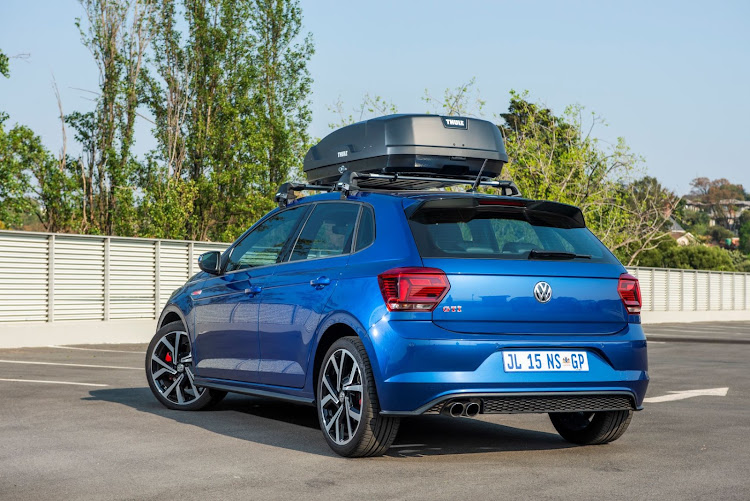 The 350l boot, while sufficient for two, was not going to accommodate the baggage of three others. Enter the Force. It offers a capacity of 400l, taking the total lugging capability of the Polo to a whopping 750l. Basically, it was transformed into a Touareg. But at R13,999, certainly cheaper than going out and buying a new vehicle altogether.

The Force can be opened from either side and is lockable. And apart from the practicality of its existence, you have to concede that it lends an endearing aesthetic character.

By now you would have probably noticed how popular the roof-box add-on is among a certain sect of car enthusiasts, who may or may not have a penchant for aftermarket air suspension set-ups.

There are some obvious trade-offs to the arrangement, however. First, the box is an aerodynamic obstruction and a noticeable amount of wind noise intrudes the cabin. Expect a slight increase in fuel consumption as well. On our long-distance trek last month, we averaged 6.4l/100km. On this occasion, by the time we got back to Johannesburg, the average was 8.6l/100km.

Not terrible, all things considered. Despite hauling a full load, the 147kW/320Nm EA888 motor still pulled the Polo towards the horizon with impressive resolve. Having a reasonable amount of power underfoot brings a great deal of confidence to overtaking procedures.

The speed limit warning, with its audible chime, had been set to 125km/h but the buffeting caused by the Thule headwear acted like a natural impediment to speed anyway.

My bond with the car had been genuinely forged. It only faltered once during the whole trip. On the last leg, just after Bloemfontein, an error message accompanied by a red triangle informed me that the coolant level was low.

On inspection, the level of the pink fluid was just over the minimum mark. No cause for alarm, but the knowledgeable voice from Volkswagen on the other end of the telephone said a top-up with cold Valpré ought to help things along until the vehicle could be inspected back in Johannesburg.

After letting the car cool down for about 15 minutes and adding the H20, the warning light never returned and we made it home safely. A visit to the dealer for a closer look is on the cards. Speaking of dealer visits, that 15,000km first service seems like it might approach sooner rather than later.

How does it fare when it comes to digitisation and connectivity? Brenwin Naidu investigates
Motoring
1 year ago