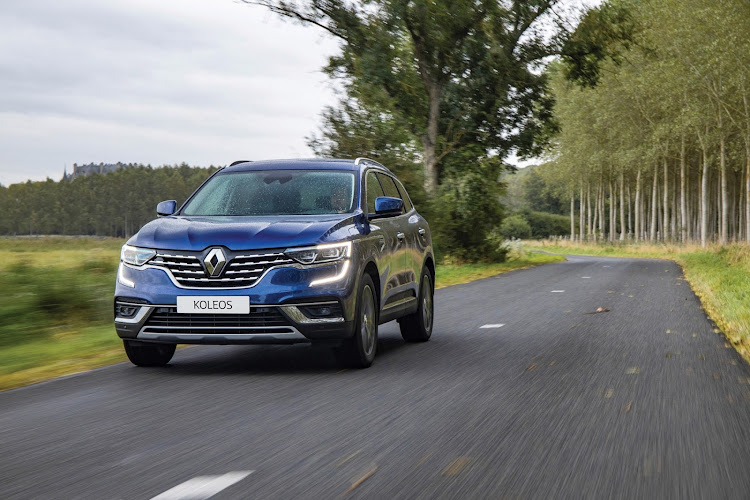 The Renault Koleos has one of the longest wheelbases in the class (4,670mm).
Image: Supplied

Ever think that there might be too many cars on the market? Variety is the spice of life, but there are some segments that are truly saturated – making the decision process downright overwhelming for a potential buyer.

Take, for example, that medium-sized, sport-utility vehicle genre. And to be even more specific, the realm of brands outside the scope of traditional, premium players like Alfa Romeo Stelvio, Audi Q5, BMW X3, Land Rover Discovery Sport, Lexus NX, Mercedes-Benz GLC-Class and Volvo XC60. You see? So many options already, if your budget allows.

In no particular order, I am talking about products such as the Nissan X-Trail, Subaru Forester, Volkswagen Tiguan, Kia Sportage, Hyundai Tucson and Mazda CX-5. And oh, there’s another one, in the form of the Renault Koleos.

The second-generation model was launched on South African shores at the beginning of 2018, replacing the similarly-sized Kadjar. And in June this year, it was treated to a subtle upgrade, without much fanfare for obvious reasons.

“It’s a handsome thing,” was my first reaction on seeing the sparkling white test unit parked in the bowels of the Arena Holdings building. All square-jawed, with assertive proportions and bedazzling jewellery, this is clearly a contender aiming to punch above its weight.

And it more or less succeeds too, if perceived quality is being discussed. If you’re the kind of buyer who runs hands over dashboards and door panel surfaces, the Koleos won’t disappoint, with its supple textures. Great seats, too, plumped-up with high-density foam and a shape that embraces the rotund parts of an anatomy well. 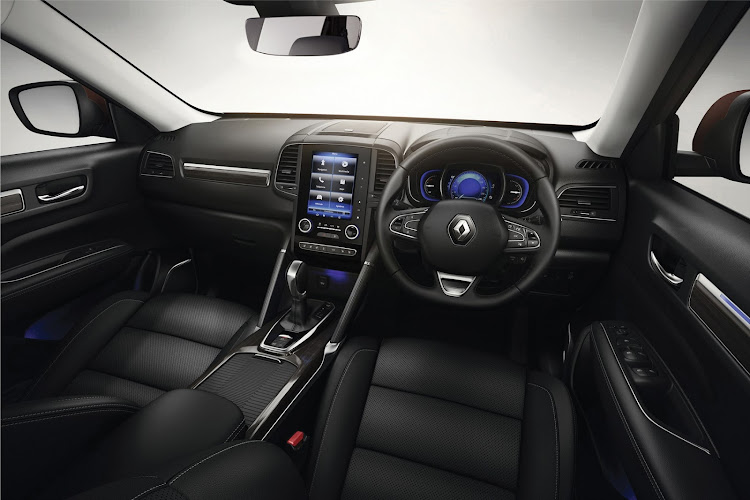 Flimsy switchgear, including loose-fitting buttons does a major disservice to the cabin.
Image: Supplied

A special note about the front cup-holders, with their tiered design that ensures you can fit two (medium) McDonald’s cups abreast with neither tilting. They’ve really gone a bit further to ensure that space and usability was prioritised.

It’s got one of the longest wheelbases in the class (4,670mm), same goes for the opened-door apertures (70 degrees at the front, 77 degrees at the rear) and rear knee-room is claimed to be segment-leading at 289mm. You also get an 11l cubby and a further 7l storage bin in the centre console. Boot size is fair (464l) and that extends to 1,795l with the seats folded down.

But flimsy switchgear, including loose-fitting buttons does a major disservice to the cabin. There’s not much good to be said about those faux wooden inlays either. And the infotainment system has to be one of the worst of its kind: aside from the grainy clarity, the screen itself is as responsive as an early Kindle reader.

We’ll let you decide if these gripes are eclipsed by the power-train, which is best described as flaccid. It packs a normally-aspirated, 2.5-litre, four-cylinder mill (126kW and 233Nm) which is married to a continuous-variable transmission (CVT). Buyers can pick from 4x2 or 4x4 derivatives.

It’s a combination that was never going to rouse the senses, we know that. But aside from the uninspiring drone, it just lacks the oomph to adequately motivate what isn’t an especially light motor vehicle. Consider how dour it would be with a full load of occupants and luggage. There’s no way you’ll match or beat the claimed 8.8l/100km consumption figure.

Good looks and space are at the top of this Renault’s list of qualities. One isn’t sure that those are strong enough factors to be overlooking some of the truly more compelling alternatives mentioned earlier.

REVIEW | The 2020 Jeep Wrangler is a one-trick pony

Off-road machines with retro roots modernised for the present day. Everyone loves the genre. The Suzuki Jimny, for example: totally worth cooing ...
Motoring
1 year ago

The hype surrounding the reinvented Land Rover Defender was (and remains) big. As expected, of course: the prospect of rebirthing a decades-old, ...
Motoring
1 year ago

REVIEW | The 2020 Ford EcoSport is a real mountain goat

The Ford EcoSport is a popular sight on local roads. It is credited as one of the modern pioneers of the compact sport-utility vehicle genre. ...
Motoring
1 year ago