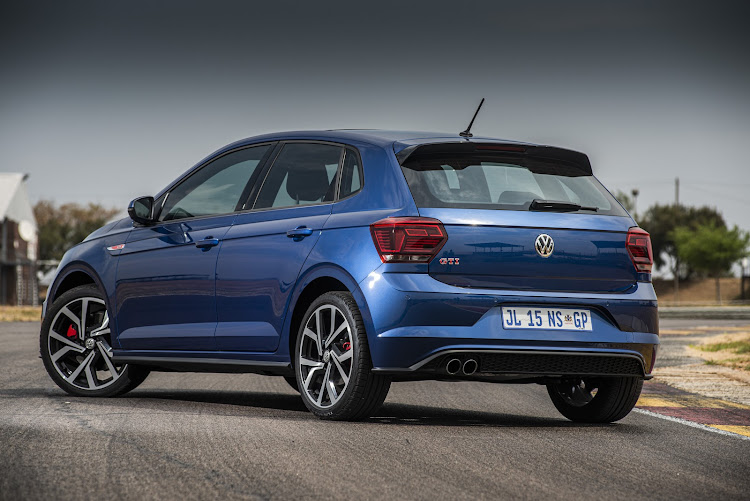 Our long-term Polo is returned to its lithe origins after carrying a load box for a while.
Image: WALDO SWIEGERS

A new hairstyle marks a fresh start. Many can relate to that first, post-lockdown trim. Untamed curls were set right. Wiry facial foliage received needed attention. Our long-term Volkswagen Polo GTI even received a slight trim off the top, recently, having shed the Thule box it had been wearing since September 17.

It was a handy piece of kit and saw extensive use, especially over a cross-country trip in excess of 3,000km, which we wrote about in our seventh update.

Practicalities aside, it also afforded the hatchback a distinctive look – a European touring style, some might say. Well, good things must come to an end at some point and the roof-mounted storage set-up was returned to its custodians recently.

Our car also had an overdue wash, its first in more than three months, cleansing away the patterns of splattered bugs, brake dust and filthy patina of its exploits. While it might look somewhat bare without the Swedish load-lugging regalia, the Polo looks set to regain better fuel consumption figures.

Drag has a significant impact on the rate at which a vehicle sips fuel, we should not forget. We will wait until the next update in January to see just how dramatically things do improve: it has only been about a week since the contraption came off and our long-term average reads a relatively high 10.7l/100km.

It is also, obviously, much quieter now, without the buffeting that ensued at speeds over 100km/h. Oh ... and the optional sunroof can be used to full effect. And December is a good time to have such a feature, making the most of the summer rays and lazy days. A gentle afternoon drive in solitude is possibly one of the safest activities a person can enjoy in these times.

With the odometer sitting at 12,800km, the Polo is guaranteed to meet the 15,000km first service by January 2021. After which, we might like to re-do some timed performance testing to see whether its sprinting abilities have improved after a proper run-in.

What's the difference between the road and racing versions of the Polo GTI?

What you're looking at here is a proper South African legend: a rare homologation special built specifically to take on the mighty and all-conquering ...
Motoring
1 year ago