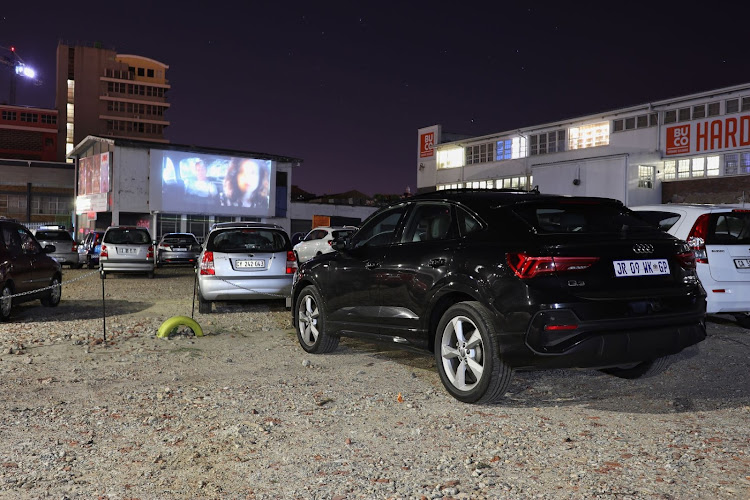 I'm nearly 40 and I have never been to a drive-in movie theatre. Wait, no, I lie ... I went to the Veldskoen a few nights before it closed for good back in 2012 but left soon after arrival because there was just no way I was sitting through 107 minutes of the excruciating SA comedy Mr. Bones. Talk about a dire send-off. With all local drive-ins following a similar fate (extinction), it seemed I had missed out on experiencing this novel form of cinema.

However, thanks to Covid-19 and the advent of social distancing the drive-in theatre is making something of a comeback as it allows people to safely enjoy a movie and a night out without the risk of infection. Together alone. Indeed, pack your snacks, stay inside your vehicle of choice and you are pretty much as safe as you would be lying on your sofa.

I had to go. And I did. Back in Cape Town the Audi Q3 Sportback and I decided to pop our drive-in cherries with a Sunday night visit to the GoDriveIn & Roadhouse. Situated inside an empty lot on Victoria Road in Salt River, this innovative establishment screens a variety of films from Friday to Sunday with tickets available for purchase via its website. Cost? You're looking at R150 per car with a maximum of five occupants per vehicle. Good deal. The gates open at 6pm with the movie starting at roughly around 8pm depending on the season. The summer sun sets extremely late in Cape Town so my screening of Quinton Tarantino's 1994 neo-noir crime drama, Pulp Fiction, only began rolling around 8.25pm.

Perched up high (an SUV gives you an advantage when it comes to outdoor cinema) in the Audi I've got to say that my first drive-in experience was a fine one. I'm a stickler for sound quality and the optional (R9,170) Bang & Olufsen Premium audio system did a stellar job processing the movie's soundtrack being broadcast via the drive-in's radio transmitter. 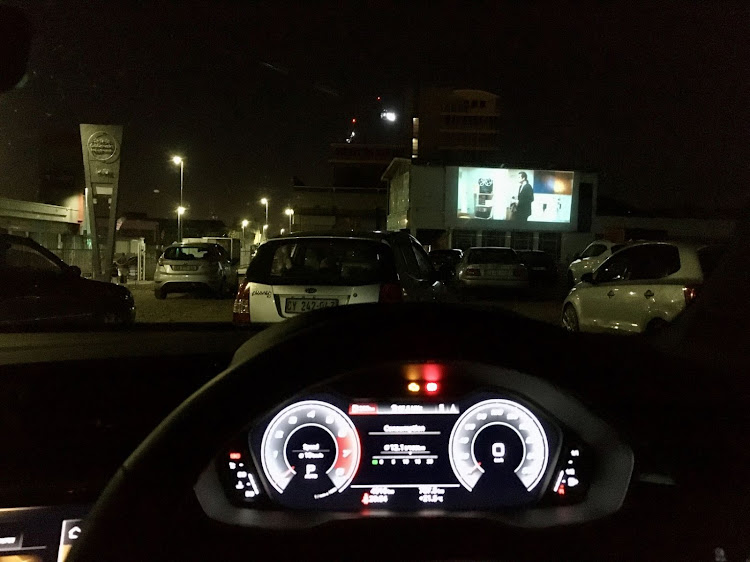 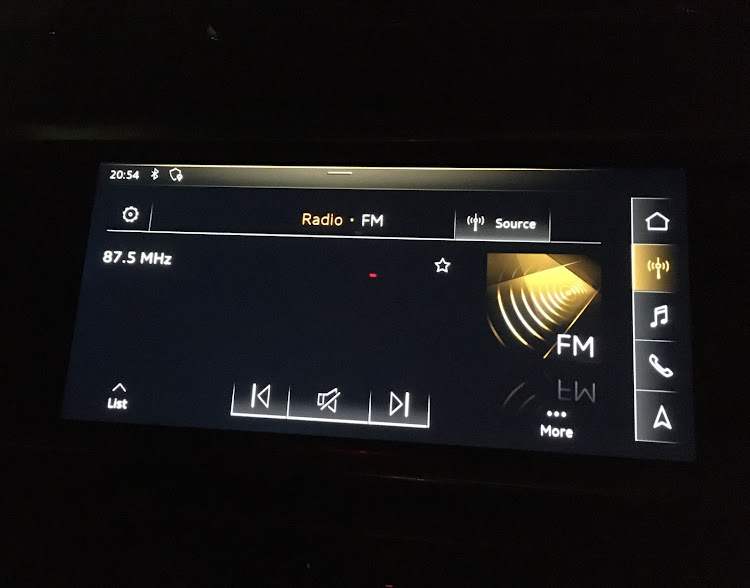 FM radio can sometimes come across a bit thin and tinny but thanks to the adjustable subwoofer I was quickly able to dial in a bit more sonic punch. The sound stage was equally pleasing with clear and distinct stereo separation. This optional audio system also incorporates a 3D sound processor and though I don't use it for music or podcasts, it definitely adds an extra element of immersion when it comes to watching movies. Turn it on and you immediately become more aware of ambient sounds encircling you inside the cabin. This was particularly noticeable in the film's diner scenes where it felt as if I was actually sitting in a booth with the actors John Travolta and Samuel L. Jackson.

Clocking in at 154 minutes Pulp Fiction is a long “m*********ing” movie. Fortunately the Audi seats proved cushy enough to keep numbness at bay while staring at the celluloid being projected against the cinema's nine-metre outdoor screen. Fitted with the optional “Comfort Package” (R22,580) they're also electronically adjustable, heated and sport four-way lumbar support — nice if you suffer from lower back pain like I do. The centre console has two generously sized cupholders for stashing “tasty beverages” while the adjustable ambient lighting (part of the optional R35,180 “Technology Package”) imparts a soft, Tron-esque glow that comes in handy for locating lost packets of wine gums and Maltesers.

The only issue I encountered during my viewing was the car's electronic brain telling the infotainment system to shut down or sleep to conserve battery power. To try get around this I neutered the climate control and turned the engine on for a few minutes every three quarters of an hour or so. It's a bit annoying to be honest but due to the current/voltage draw of modern car ancillaries (it's got to be quite a lot I imagine) totally understandable. With the lack of climate control I at last made use of the optional panoramic glass sunroof (R20,480). Tilting it upwards allowed for enough ventilation for the duration of the film.

All in all, it was an enjoyable night out with the comfortable and tech-rich cabin of the Q3 Sportback amplifying the experience — it's an ideal drive-in partner. But even if you're not sat behind the wheel of Ingolstadt's latest SUV offering I would totally recommend giving Cape Town's GoDriveIn & Roadhouse a whirl. Especially in these Covid-mad times.

The best thing about a trip down to the Western Cape is that you are never that far away from a selection of excellent driving road across which you ...
Motoring
1 year ago

This week I finally escaped the clutches of Johannesburg. Cabin Fever was starting to set in, so it was a joyous relief to wake up early on Saturday ...
Motoring
1 year ago

Less rear headroom, but this SUV-coupe has edgy styling and a great ride
Motoring
1 year ago