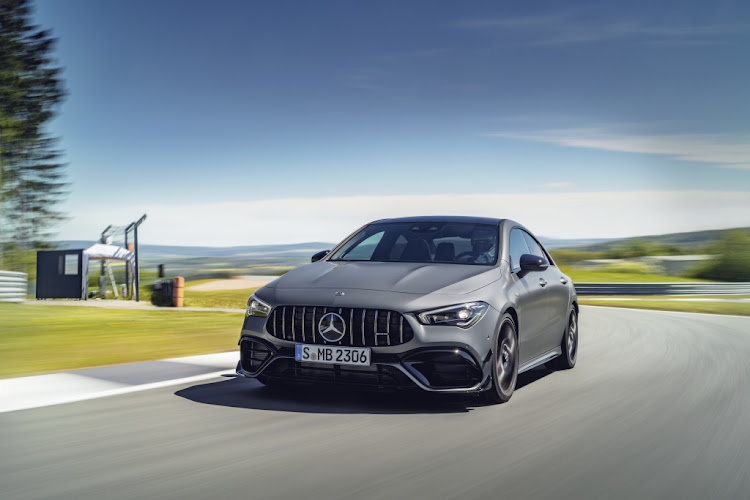 Back in 2013 a fellow motoring journalist friend and I thought it would be fun to visit Phakisa Raceway in the Free State. The vehicles we were testing that November week warranted such an expedition.

In my possession was the Mercedes-Benz A 45 AMG, fresh after launch and surrounded by hype. This was just before the brand began to sell its high-performance wares under the auspices of the dedicated Mercedes-AMG banner.

My cohort was wielding something a bit less boy racer, but similarly dazzling: a red Audi RS5 in cabriolet format. Our mission was simple. We would cruise along the N1 sedately to our destination. And then let loose on circuit in order to report back meaningful insights on the performance competencies of either. The downpour that day was not a deterrent — both models were equipped with all-wheel drive after all.

There was no doubting the punch-above-its-weight prowess of the compact Benz. The kick from its turbocharged four-cylinder embarrassed the more expensive, more powerful eight-cylinder car in a straight line. They were not direct competitors, of course, but the contrast was still amusing. 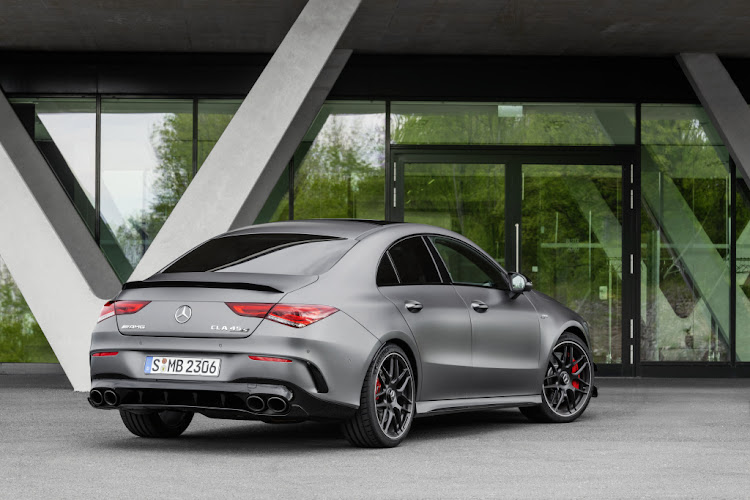 At the time the A 45 laid claim to having the most powerful series production 2.0-litre engine in the world. That honour has not been lost with its successor, the W177 A 45, whose 1,991cc engine packs as much as 310kW and 500Nm in the most extreme S-badged state of fettle! This is the model our market gets by default, foregoing the slightly less powerful 285kW/480Nm version.

It can sprint from standstill to 100km/h in under four seconds (3.9 to be exact); easily putting it near exotica costing twice as much. Not that this makes it some spectacular bargain. Pricing starts at R1,144,000 before options. Meanwhile, if you want the same essence with four doors and a coupé silhouette, the CLA 45 kicks off at R1,257,000.

We spent a few days with the model in this format and found ourselves impressed by its heady mix of straight-line pace and street presence. Downsides? Well, like its forebear, it still rides with an unforgiving harshness and while there are improvements on the handling front, you might struggle to declare it as more fluid than a rear-wheel drive BMW M2 or even the outgoing Audi RS3 for that matter. 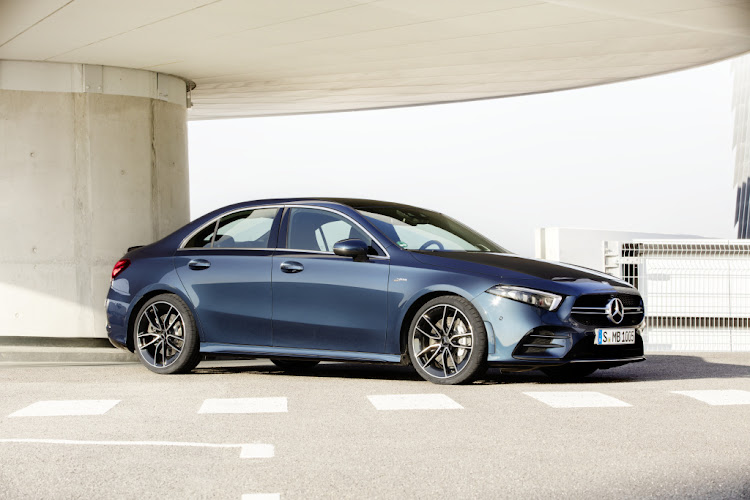 And the inclusion of a special drift function, though novel, is largely a gimmick. It does not completely disengage the front axle — so you find that the car will crab along sideways instead of genuinely swinging the tail out. But the worst part about the new car is that the rowdy, air-ripping acoustics of the old car have been totally muzzled. Latest regulations meant the new one had to be quieter, more subdued. Which is why the next step down the ladder could make more sense. After our stint in the CLA 45 we hopped into the A 35 sedan.

It can be had in hatchback template too, in addition to the curvier CLA-Class aesthetic. Same engine, but with the numbers turned down a notch. Not dramatically though: 225kW and 400Nm is still more than workable for any enthusiastic driver. And yes, the A 35 is rapid enough. How does 4.7 seconds to 100km/h strike you? Interestingly enough, this is 0.1 of a second slower than what the first-generation A 45 was able to achieve all those years ago. 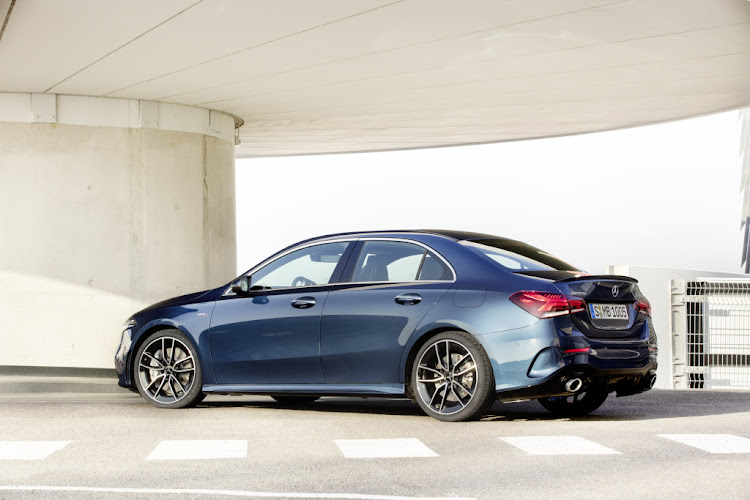 Given that it is not considerably far off from an experiential perspective, the 35-badged offering and the value it offers seems to upstage the marginally more potent 45 labels. You can always remove the badge if you are that self-conscious.

Certain enthusiasts were ready to fall on their keyboards when they learnt that the revival of the Toyota Supra would involve the foundation of the ...
Motoring
1 year ago