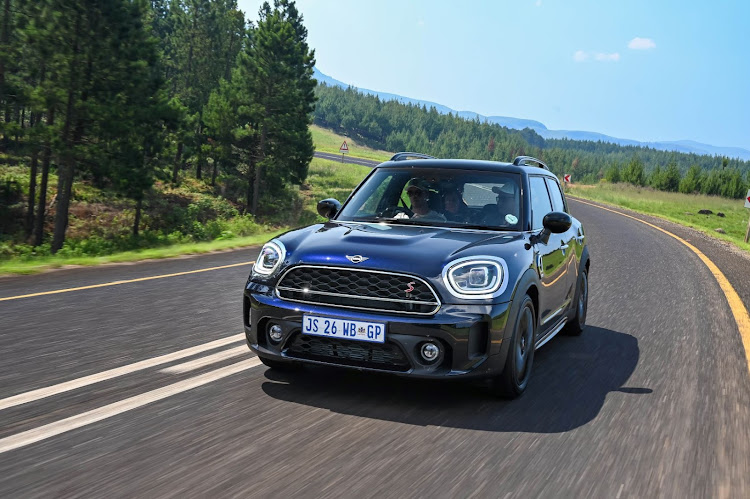 Torque-steer is not something one often experiences in a new performance car today. Most hot hatchbacks (the more potent ones anyway) have gone the all-wheel drive route.

And in the case of front-driving counterparts, electronic and electro-mechanical aids play their part in effectively applying the power to the bitumen.

So it came as a surprise when, in my first outing with the Mini Cooper Countryman S, its tyres squealed and steering writhed on hard take-off, before yelping into second gear, front wheels clearly overwhelmed by the amount of power being fed.

And this was all with the dynamic stability control fully engaged, albeit with Sport mode activated via the neat, chromed toggle switch on the fascia. 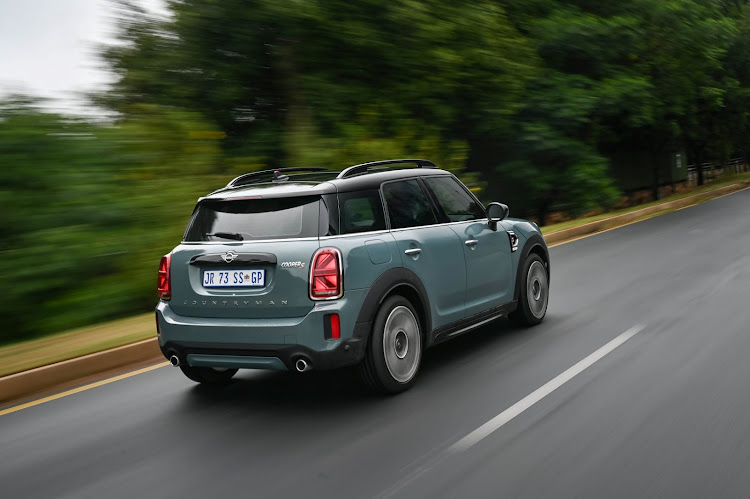 Performance is brisk with a 0-100km/h time of 7.5 seconds.
Image: Supplied

Even though it might lack the belching sounds we all like so much on upshift, the Countryman S loves to flutter and whoosh like a Le Creuset kettle boiling masala tea. Part of me thought it was broken – but that is just part of its acoustic repertoire – and it sounds cool.

A reminder that it is powered by a proven engine in widespread use across products in both the Mini and BMW stables. In this application, the 1998cc, turbocharged, four-cylinder petrol serves up 141kW and 280Nm, with a claimed 0-100km/h time of 7.5 seconds. A seven-speed Steptronic transmission is on duty.

The Countryman JCW offers more punch and an obviously quicker sprint time (as well as the ALL4 all-wheel drive system as standard fare) but it is considerably pricier. Upwards of R889,540, according to the Mini South Africa website. The S kicks off at R688,604. Even the basic Countryman will leave a dent in your pocket, at R591,524 before options.

Once the novelty of the turbocharger-related effects wears off and you tip the Mini into a more docile setting, it is as civilised as any person would want. In case we forgot, it is based on the same architecture as the more strait-laced BMW X1. 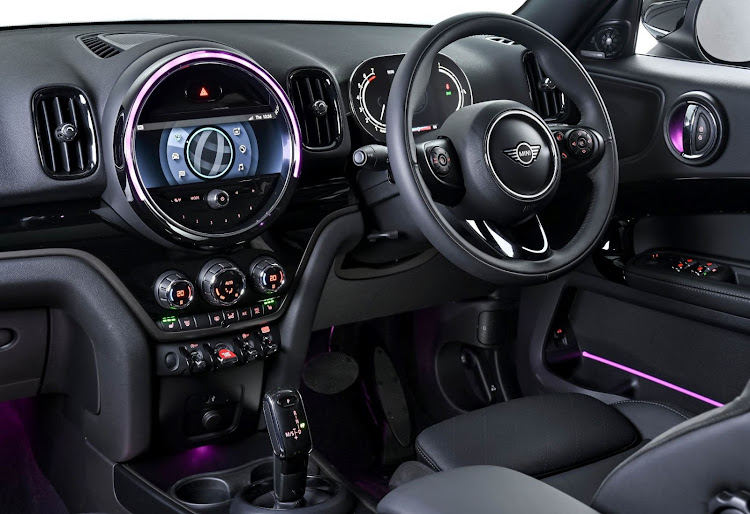 The Countryman has a more grown-up persona versus the standard Cooper Hatch.
Image: Supplied

So its competence on road is nothing to poke holes in, with a sturdy character and a suspension that manages to be surprisingly forgiving, despite the fitment of chunky alloys and relatively low-profile rubber. That said, encounters with more than a few potholes had me worrying as to the longevity of said rubber.

The interior is expectedly premium. Though it has a more grown-up persona versus the standard Cooper Hatch, they still tried to emphasise the fun aspect, with cues like the jukebox-inspired lighting of the huge circular centre fascia. The usual bongs, beeps, blips and other alert chimes still bring amusement.

In 2020 the Countryman was treated to a mild refresh, or a life-cycle improvement as its parent company BMW calls it. Stylistic improvements extended to the frontal area, where a mouthier new grille was adopted, while LED headlamps and fog-lamps were made standard. New light alloy wheel options are available and the range of interior trims has grown too.

The Countryman is the largest model the brand sells, geared towards the buyer who wants the endearing quirkiness of a Mini but without the space limitations. Of course, much has been written over the years about how this renders the Mini title a big fat misnomer. But nobody really cares about that, do they? Nor should they, since the Countryman is a good steed, all things considered.

But you would really have to be committed to the lifestyle and brand ethos to cough up the kind of outlay it requires. Because if you are looking for premium, family-worthy transportation, there are some serious players to be found in the R580,000 to R890,000 space.

The good old Audi A4 is no longer the sales mainstay it was for the German automaker. The more attainable A1 and A3 have long supplanted it in ...
Motoring
1 year ago

Back in 2013 a fellow motoring journalist friend and I thought it would be fun to visit Phakisa Raceway in the Free State. The vehicles we were ...
Motoring
1 year ago