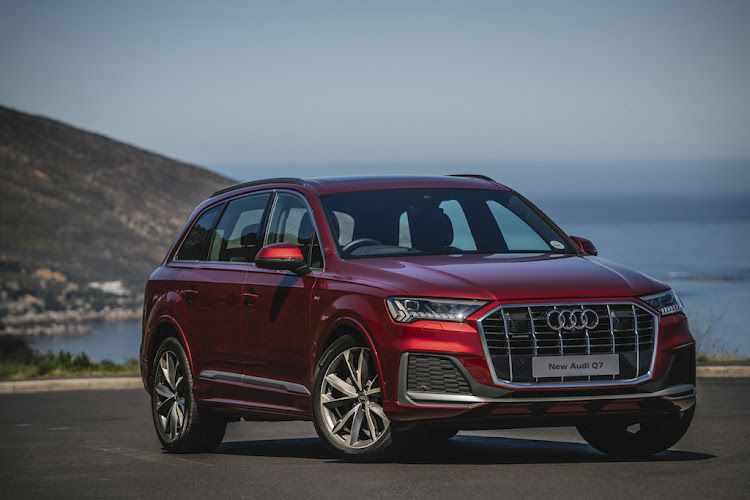 The Volkswagen Group is a fascinating animal.

It is a marvel that, despite the cross-pollination between the array of brands under one roof, each manages a sustainable identity. Yes, even if eagle-eyed observers can spot the kinship with the offerings from different marques.

Take the Volkswagen Touareg, for example. A competent, subtle sport-utility vehicle whose talents would keep the average family happy for many years and miles.

In related Audi Q7 guise, the proposition becomes decidedly more polished, with a greater emphasis on refinement, boasting an edgier design too.

On the very same architecture, Porsche builds the popular Cayenne. It has a notable dollop of athleticism in its bones, vs the other two, in addition to the cachet and cut-above quality associated with the golden crest emblem.

But there are more steps on the ladder to this shared foundation, dubbed MLB Evo in the technical literature. Enter the Bentley Bentayga, pandering to an upmarket demographic seeking all the cushy trappings of uncompromising, luxury motoring.

And we cannot forget the one with the raging bull logo on its nose. Yes, the angular, flamboyant Lamborghini Urus is part of the bloodline too. 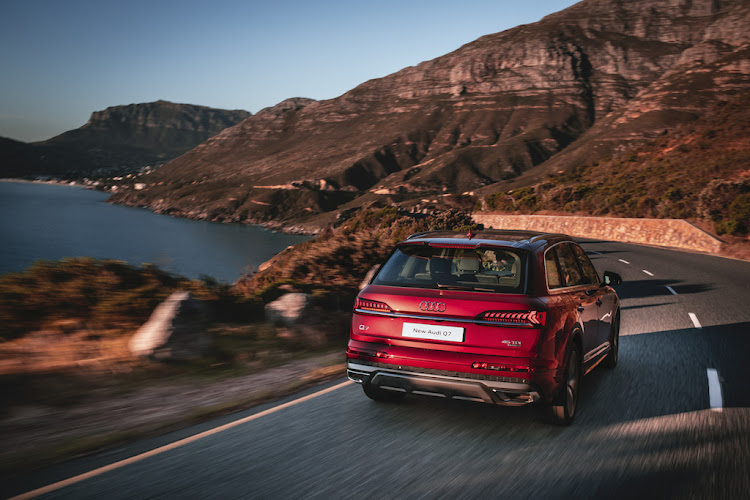 Last week we took the representative with the four interlinked circles on a journey from Gauteng to the Eastern Cape, more specifically, the coastal city whose new title has been the subject of lively discussion.

In November last year Audi released the facelifted version of its second-generation Q7. This is an important nameplate for the manufacturer, considering it was the product that marked their foray into sport-utility vehicle territory, though after BMW and Mercedes-Benz had already joined the party, with the X5 and ML-Class respectively.

Now the Audi Q-model range spans across virtually all segments, from the compact Q2 to the Q8, which is also based on the MLB Evo platform referenced earlier. The updated Q7 certainly looks different enough to the version launched in 2015.

Revisions include a new single-frame grille with six vertical slats, a front bumper with sizeable air inlets and a restyled pair of headlamps. The tail lights were treated to a redesign too. Chunky 20-inch wheels are standard. They look sublime, but when a flat rear right tyre set our progress back in Bloemfontein on the return leg of the journey, the space-saver spare was deployed for action.

The tyre on the temporary wheel is of the collapsible variety that requires inflating via a compressor included in the boot. A maximum recommended speed meant we limped the heavy Audi down the N1 at 80km/h. Until that point, however, it had been smooth sailing.

The pneumatic suspension of the Q7 makes for a plush ride quality, taking road scars, ridges and sneaky potholes comfortably in stride. There are a total of seven settings on the drive select menu, including an off-road mode that increases ground clearance, creating the impression that the vehicle is standing on its tiptoes. The permanent all-wheel drive system ensures confident traction in virtually all environments. 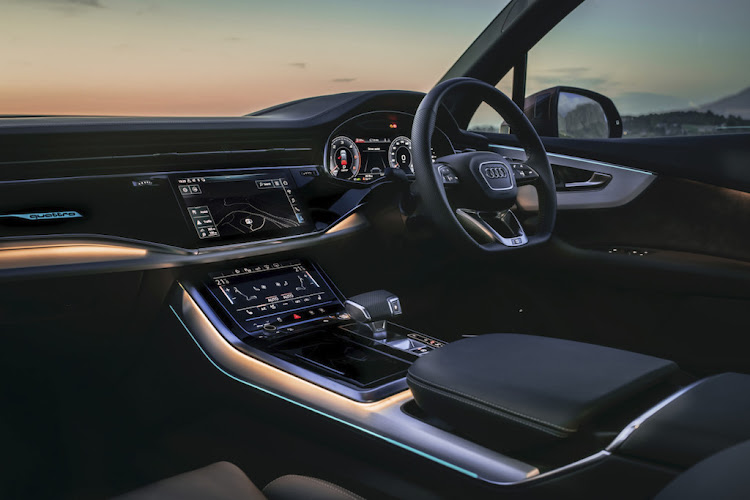 Inside, the fascia seems somewhat fussier in appearance than the layout of old, despite there being fewer buttons – the ubiquitous dual-screen set-up occupies proceedings. The slathering of piano black trim cheapens the cabin, as does the cocktail bar-style illumination, which takes some getting used to at night.

The power train, on the other hand, requires less familiarisation: one easily warms up to the effortless torque served up by the 3.0-litre, V6 turbocharged-diesel in the 45 TDI derivative. This 180kW and 600Nm unit is the only engine choice in the range, paired with a faultless eight-speed automatic that facilitates imperceptible shifts – so smooth.

Prospective buyers will be pleased that most of the future-forward technology punted in the commercials is standard. That means items like the virtual cockpit display, as well as the extended navigation system which comprises an embedded SIM, Wi-Fi connectivity and the full range of Audi Connect services.

For example, you can summon emergency services from the vehicle, or make enquiries related to maintenance. The My Audi smartphone application works in tandem, offering functions like a car finder, remote unlocking and more.

The Q7 remains formidable in this arena. Though it might lack the dynamism of the BMW or visual pizazz of the three-pointed star rival, it more than makes up in overall substance and sophistication, which seems to be an Audi trump card, generally.

The Volkswagen Amarok first came to market in September 2010. Over a decade ago, in other words. And on a personal note, around the same time my ...
Motoring
1 year ago

REVIEW | Is the 2021 Audi Q3 Sportback worth the premium?

The evolution of the Audi Sportback moniker is an interesting one. It used to denote the more practical, five-door configurations of products such as ...
Motoring
1 year ago

The good old Audi A4 is no longer the sales mainstay it was for the German automaker. The more attainable A1 and A3 have long supplanted it in ...
Motoring
1 year ago