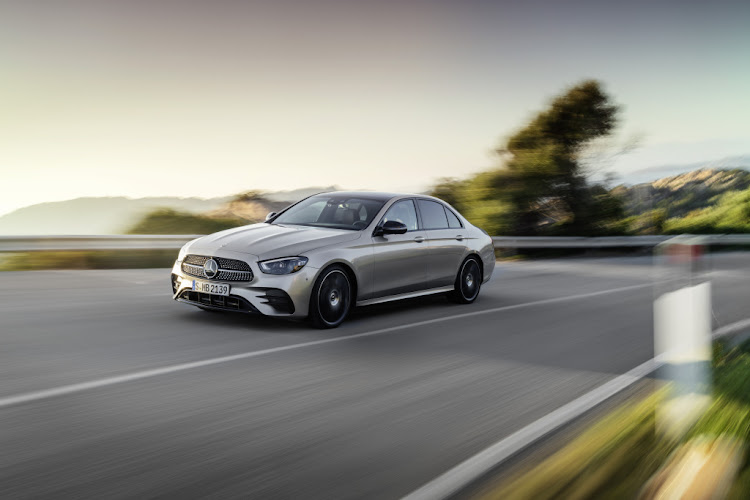 There is still a strong case to be made for the sedan genre.

Yes, customers might be migrating to the crossover and sport-utility vehicle formats for their virtues, perceived and real.

But the simplicity and usability of a saloon, with four doors and a separate compartment for luggage, could never go out of fashion.

Then there is the aspect of drivability. A lower centre of gravity means your humble three-box will always handle better than its higher riding equivalent, even if said equivalent is endowed with a surfeit of intelligent systems to try to bend the laws of physics.

Having a discussion about sedans, in the upper-medium D-segment particularly, would be incomplete without mentioning the Mercedes-Benz E-Class. It is a veritable icon with a storied lineage, which ardent fans could spend hours debating over which is the best representative.

Most will say the W123, but that is a story all on its own, of course.

This week, we are talking about the contemporary, modern day E-Class. To remind you, it wears the factory designation of W213 and was first launched locally in 2016.

Earlier this year the extensively-revised version was released on SA shores and it is a model we have reported on with high frequency, having sampled the range in entirety. Unlike the counterparts from Audi and BMW, there is more than one body format. You can have the E-Class in coupé or cabriolet configurations. 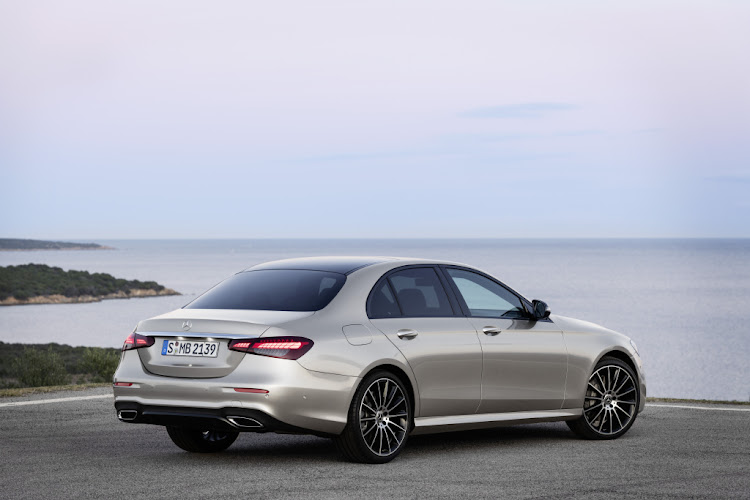 Brisk, dignified momentum is a strong suit of the diesel E-Class
Image: Supplied

Back to the sedan discussion.

An E220d recently arrived for a five-day evaluation. It is the more expensive of the two flavour range, slotting above the petrol E200 (R920,000) with an asking price of R984,000. Note this is before you get into the Mercedes-AMG range, which has a different price list altogether.

That extra outlay gives you a 1,950cc, four-cylinder, turbocharged-diesel mill producing 143kW and 400Nm. The gasoline-swilling sibling produces 145kW and 320Nm. As you may have guessed, it is the additional shove of torque that makes all the difference in the real world.

Brisk, dignified momentum is a strong suit of the diesel E-Class. Stretch your right ankle and the stately Mercedes-Benz complies, without breaking a sweat – the grumble of the diesel motor is well-muted and though audible, it is feint. Perhaps this mild intrusion of engine tone will please those fetishists of 240D and 300D warhorses of yesteryear.

Power is transmitted to the rear wheels via a nine-speed, torque-converter automatic that works sublimely left to its own devices, requiring no intervention via the steering-mounted shift paddles. Over approximately 300km of combined town and freeway driving, the consumption readout display 7.1l/100km. 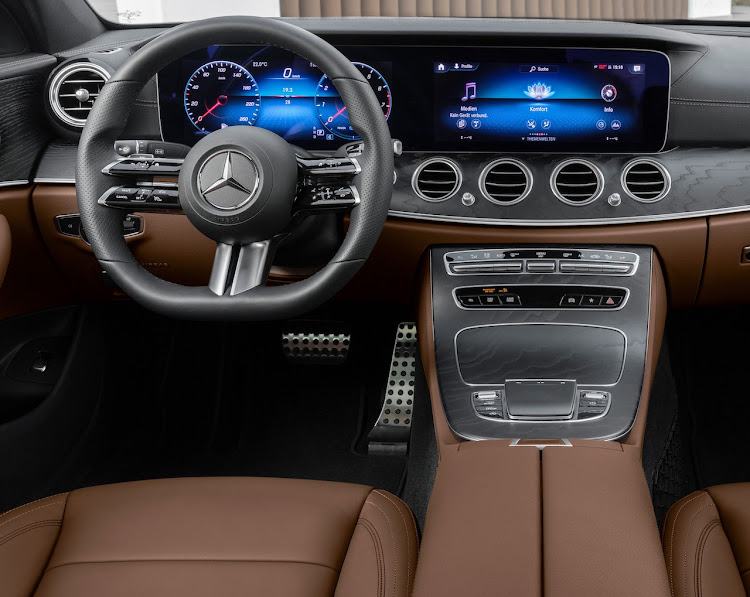 Our test unit was outfitted with the most exquisite tobacco-brown leather upholstery, in addition to a set of AMG Line wheels with an aerodynamically-optimised pattern. Add in the moody Graphite Grey paint and you have an austere and classy specification that keeps in theme with those traditional E-Class associations.

However, while it is traditional in certain aspects, it is progressive in the areas that would matter to a buyer in 2021. Digitisation is high on the agenda, with the screen-intensive cockpit typical of the current Mercedes-Benz passenger car range. The MBUX interface allows for Apple Car Play or Android Auto integration and despite having USC connector points, a media interface cable allows users to connect via the old-fashioned USB port.

That new steering wheel is a highlight too, with its three spokes each split into two bars. Design aside, the functionality of the wheel took a step into the future, doing away with conventional, clicking buttons. If you want to adjust the volume, for example, slide your finger up or down.

The Audi A6, BMW 5-Series and Mercedes-Benz E-Class category no longer accounts for the volumes it once did. However, a certain demographic of buyers who might not yet be convinced by the sport-utility vehicle craze ought to be pleased these nameplates still exist.

The Kia Picanto mini hatchback has been spun into interesting new variants lately. First there was the Runner panel van and now an “adventure” ...
Motoring
11 months ago

It is arguable that in the entire timeline of Peugeot and its South African presence, never has it been as primed for success as it is right now
Motoring
11 months ago