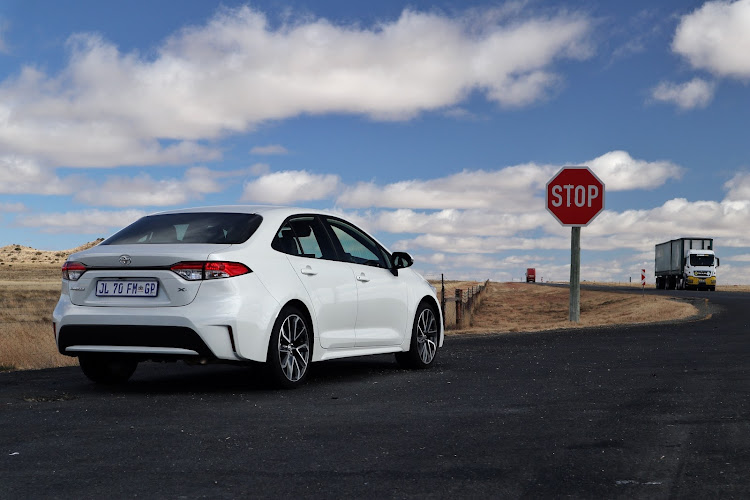 The XR comes bolted to a 2.0-litre four-cylinder engine producing 125kW and 200Nm worth of torque.
Image: Thomas Falkiner

TimesLIVE Motoring has taken delivery of its new long-term test car: a Toyota Corolla sedan. In the past this would have been akin to a tech publication getting a white Safeway toaster to review for a few months – practical but in no way inspiring.

Indeed, my general excitement was not particularly high the morning our “Stylish Smurf” was set to be swapped out for a Pearl White Metallic example of what is surely the world's most ubiquitous three-box saloon.

Anyway, the deed was done and I braced for the slew of Uber jokes that were no doubt going to be fired my way. Thing is though, most people who clapped eyes on the Corolla Sedan had nothing but good things to say about it. Even one of my snobbiest friends (you know the type – Octane Magazine-reading, Harry’s Garage-watching anorak who refers to every car by its factory code) described it as “bloody nice.”

And it is, as Toyota have done a stellar job trading the Corolla’s hatch for a boot. Oftentimes this structural makeover can come across as something of an afterthought (remember the poor old Jetta?), but here the switch has been remarkably successful with seamless sheet metal integration and genuinely good proportions. The rear arches have a pleasing bulge to them while the tailgate sports a pair of LED light clusters joined by a slim black finishing strip – a nice detail. Compared to the frumpy Corolla sedans of years gone by this latest iteration is a veritable super model. 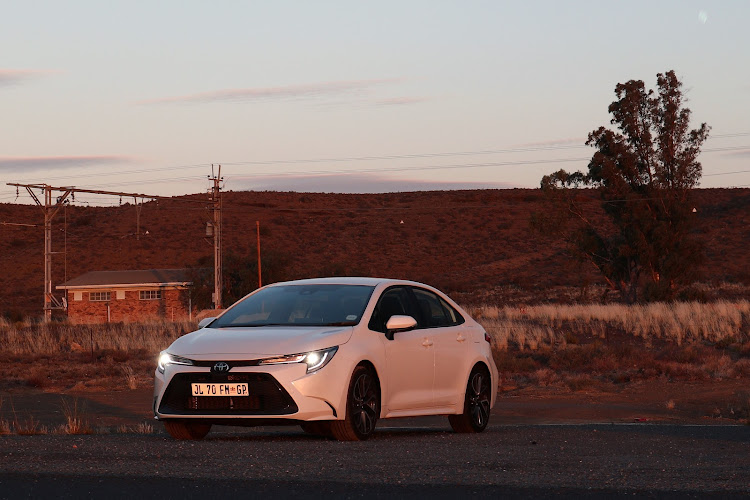 The best looking Corolla ever? The author certainly thinks so.
Image: Thomas Falkiner

Ours is a XR derivative equipped with a 2.0-litre naturally-aspirated petrol engine. This choice of power train might seem a bit old fashioned compared to the 1.2-litre turbocharged lump stuck in the Corolla Hatch but it’s actually surprisingly good. Code-named the M20A and forming part of Toyota’s new “Dynamic Force” family of motors, this perky four-pot whacks out a claimed 125kW at 6,600rpm and 200Nm worth of torque at 4,800rpm thanks to D-4S fuel injection and a high 13.0:1 compression ratio.

Stronger than its smaller force-fed sibling, it loves to rev and does so in a smooth and creamy fashion, with no unpleasant vibrations filtering through into the cabin. Although pretty linear in its delivery, there’s a nice surge in urgency as the tachometer needle breaches the 5,000rpm mark. It makes a pleasant noise while it’s at it too: a metallic rasp all the way up to the soft-limiter at 7,000rpm. Yeah, it might still be early days but I think I actually prefer this engine to the 1.2-litre turbo.

I like the gearbox better too. Toyota’s continuously variable transmission (CVT) works well in an economy-focused car like the Prius, but in something genuinely good to drive like the Corolla Hatch it only serves to frustrate. Here our Corolla Sedan is paired to a six-speed manual and it works a treat with a slick, positive action that makes rowing through the cogs a darn pleasurable experience. Amazingly, it also boasts an electronic rev-matching function that automatically blips the throttle on downshifts negating the need for heel-and-toe work. However, if you dig doing it the old-school way, you can just turn it off with a prod of a button.

This sleek and capable Toyota is ours for the next three months, so keep an eye open for continued updates as yours truly and the rest of the TimesLIVE Motoring team put it to the test.

GRIPES: No heated seats, mirrors don’t fold when you lock the car

My second car in my earlier years was a Toyota Conquest. It was pimped-up with three-star rims, a Pioneer stereo with a detachable face and a ...
Motoring
2 months ago

Consumers are spoilt for choice in today’s car market. The majority of people don’t need more than a basic hatchback or sedan though. Our ...
Motoring
3 months ago

Say hello to Stylish Smurf, our Toyota Corolla Hatch (1.2T XR CVT Bi-T); which joins the team for the next three months, occupying the parking spot ...
Motoring
3 months ago