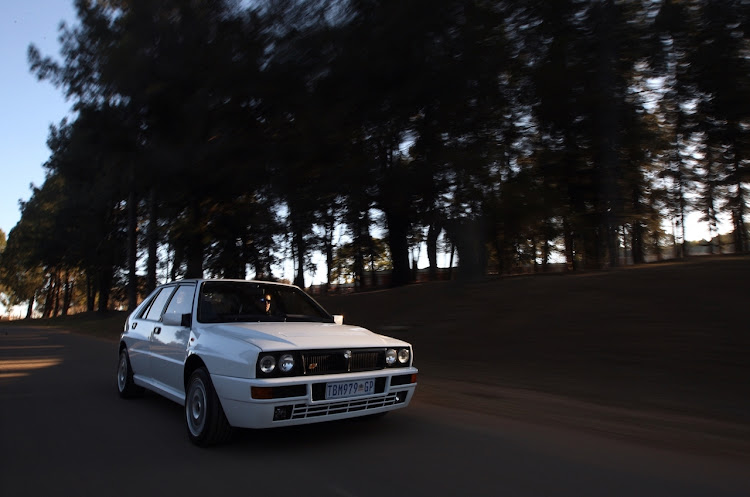 Suddenly there were men everywhere. A few minutes earlier the parking lot outside the Brauhaus Afrika brewery in Magaliesburg had been a deserted dust bowl.

But now, like zombies picking up the scent of human blood, a great pack of adult males were tramping through it en masse. Descending on what appeared to be a fairly innocuous white hatchback. It was a feeding frenzy: a melee of cupped hands and camera phones and nostalgic recollections of youth.

The womenfolk stood back and watched with bemusement. No matter how hard they tried, not one of them could see what the fuss was about.

“Why are they getting so worked up over that old Opel Kadett?” one asked.

“It’s not a Kadett,” said another. “I think it’s just a Golf. With one of those body kits on it.” 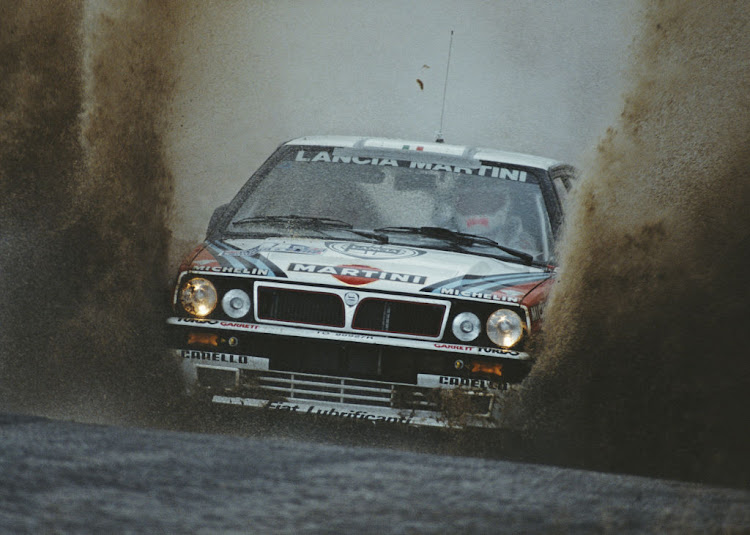 It wasn’t. What their husbands and boyfriends were busy devouring was a mint 1992 Lancia Delta HF Integrale Evoluzione owned by Shaun Cabrita. An elusive sports car only those with a Y-chromosome will ever truly appreciate. And this is because it exists for one reason and one reason only: rally racing.

Back in those shoulder-padded days of the late ’80s, Lancia wanted to break into the Group-A rally scene with a beefed-up version of their humdrum Delta hatchback. So they bolted on some chunky wheel arches, installed a grippy all-wheel-drive system, and somehow managed to cram a large turbocharged engine beneath the bonnet.

And that, ladies and gentlemen, is pretty much how the mudslinging HF Integrale came to be. But before it could be let loose on international rally stages, Lancia was obliged to build no fewer than 5,000 roadgoing versions to sell to the man in the street. Which was a rather unnerving prospect for an Italian company whose recent reputation had been rubbished by rust and unreliability.

Fortunately their muscular new creation proved to be an unprecedented success, with production eventually topping out at 44,296 examples. And this wasn’t just because of its deeply cool, rally-ruling image. Endowed with up to 158kW and 314Nm in its final incarnation (the Evo II), the HF Integrale was capable of beating some much more expensive machinery. On the right road not even a Porsche 911 would stand a chance.

During the stonewashed ’90s this turned it into something of a living legend: a rebellious Italian upstart which, along with Cindy Crawford and Sandra Bullock, corrupted the soft grey matter of many a teenaged male mind. 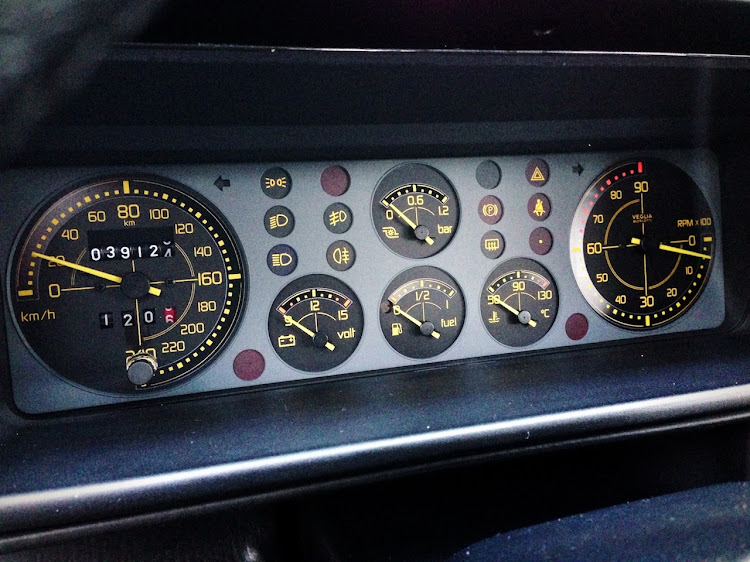 “Everything else looked so ordinary when compared to the Integrale,” says Cabrita. “All-wheel-drive. Turbocharged. Bulging bodywork that made it look like the insides of the car were bursting to get out. It appealed to me on a different level from anything else at the time.”

Having had a picture of one on his bedroom wall for many years, he finally bought the Lancia of his dreams from a Parys collector in 2004. And even now, some 17 years after the fact, he still gets a thrill from flinging it around.

“There are three things about this car that always leave an impression on me,” he says, handing me the key. “First, the car looks great. From every angle it just looks the part. Second, the car has a very distinct smell when you get inside it.

“I don’t know if this is true of all Integrales, or just this particular one with its optional leather seats. But it certainly adds to the occasion. Lastly, there’s the actual driving experience. The acceleration and grip levels are very impressive for a car of this age. I’m never disappointed.”

And neither am I for that matter. Especially after taking a few minutes to soak up the interior. Better than cold beer and spicy chicken wings, the HF Integrale is like a man cave on wheels. Not only did Lancia throw in a bespoke set of Recaro seats and a small Momo steering wheel, they also gave us no less than eight analogue Veglia dials to ogle between gear changes: loud yellow needles that relate everything from battery voltage and oil temperature to turbo boost pressure.

And the latter never stops spinning when you start driving this machine the way Lancia intended. Though disappointingly quiet except for a bit of muted whooshing, the HF Integrale remains a deceptively fast car. How fast exactly? I'd say about as rapid as the Mk5 Golf GTI. And does it ever hug the road. With that all-wheel-drive system working its magic, this Lancia adheres to asphalt like a blackjack sticks to your trouser leg.

So how much can you expect to cough-up for one of these rally-bred legends? Well as with so many classic cars there was a time when a clean Lancia Delta HF Integrale Evoluzione could be picked up for around the R200,000 mark. Today, however, things are very different. According to valuation specialists Hagerty, you're now looking at around the R1,357,000 mark. More powerful Evo II models are closer to R2m. Sure, you can spend less, but this would bag you a ropy example that would probably necessitate the selling of children, pets and/or body organs to finance the ensuing maintenance bills.

Having said that, even a sorted one requires a fair amount of cash to keep sweet these days: the crucial belt service at a reputable specialist will knock you for about R20,000. Still, once you factor in its rarity and enviable rally pedigree (it won a record six constructors’ championships in a row), this seems a relatively small price to pay.

In fact the scariest part of Lancia Delta HF Integrale ownership will be evading those large mobs of ever-jealous male admirers. You have been warned.

What you're looking at here is a proper South African legend: a rare homologation special built specifically to take on the mighty and all-conquering ...
Motoring
1 year ago

Built between 1978 and 1983 the SC is the 'xennial' of the classic air-cooled 911 range. It's also partly the reason why this legendary ...
Motoring
2 years ago