BUYING USED | Why the cheap and cheerful VW Up remains relevant 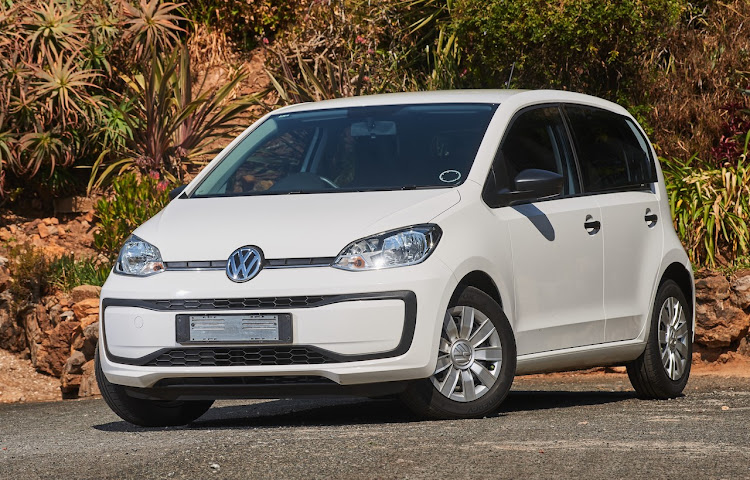 The compact and capable VW Up is an excellent used buy.
Image: Waldo Swiegers

Times change, but the relevance of affordable, safe and reliable compact cars is unlikely to diminish.

The A-segment is where it’s at. Markets abroad are seeing an interesting evolution of the breed, where contenders like the battery-powered Honda E and Fiat 500 (the new one, not the old one sold here) are wooing buyers with their cute looks and zero-emissions powertrains.

In SA, while we’re yet to have our fill of well-priced electric commuters for the city, there’s no shortage of well-sorted, dainty hatchbacks to explore.

Among the list of goodies is the Volkswagen Up. I know, there’s an exclamation mark in the title, but I refuse to be complicit in the brand’s abuse of punctuation. It’s the same reason we don’t type Quattro, a proper noun, with a small “q” despite Audi’s insistence, or Mini all in upper-case or Smart with a lower-case “s” – but let’s talk about that another time. 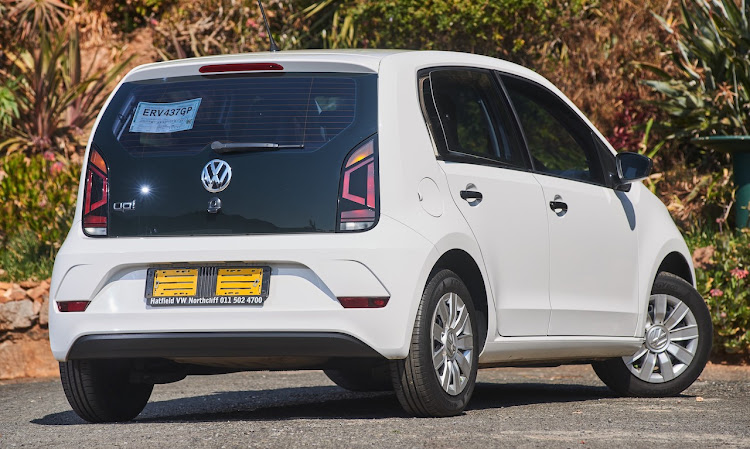 The entry-level Take Up model makes do without alloy wheels.
Image: Waldo Swiegers

Ah, yes, the Volkswagen Up, also known as the Seat Mii or Skoda Citigo, badge-engineered doppelgangers born out of the expansive Volkswagen Group. They’re made in Bratislava, Slovakia and you could say this city slicker is the closest thing to a modern day Volkswagen Beetle. In ethos, anyway, obviously not configuration, though it does have pop-out rear windows!

It was launched locally in February 2015  in two-door format only, with prices starting at R133,500 for the basic Take Up and R140,500 for the grander Move Up. Basic kit included air-conditioning, anti-lock brakes, dual front and side airbags and a rear windscreen wiper. The Move added a sound system, electric windows and remote central locking. Being a Volkswagen, there was an options list, of course. Cruise control, heated seats and a panoramic sunroof could be had.

In May 2016 Volkswagen added two five-door versions to the range, the Cross Up and limited-edition Colour Up. The former was a little more rugged, sporting black plastic cladding and 16-inch wheels, while the Colour Up filled out its arches with 17-inch rollers. They were priced at R181,400 and R185,000 respectively. 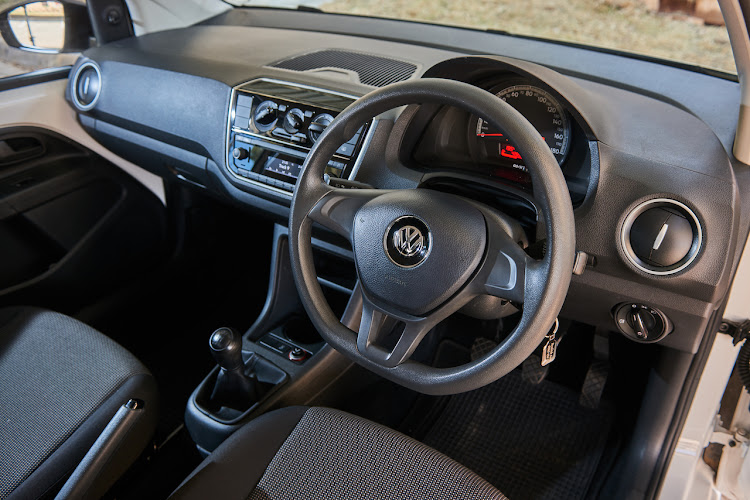 In November that year, the range was treated to a refresh, comprising styling tweaks, interior enhancements and a new grade walk. The two-door version was culled. Pricing started at R164,700 for the Take Up, while the top-grade Cross Up was about R5,200 shy of hitting the R200,000 mark.

The car you see here, mine, is a 2017 Take Up and it’s got just under 44,000km on the odometer, with a full service history and a full maintenance plan added on for the next two years. Aside from toying with the idea of adding a Thule roof box and a set of wheels, I’ll be using it to teach my partner the finer points of clutch control.

I watched the Euro NCAP crash test videos (as one does) and took heart in the five-star rating of the initial car, tested in 2011. When it was tested in 2019 though, it mustered three stars, partly because of the lack of autonomous emergency braking. Still, it’s assuring that the overall structure of the thing didn’t fold like an accordion à la Renault Kwid or Suzuki S-Presso. It’s also got electronic stability control and, rather strangely, an electronic differential lock (so says the specifications sheet). 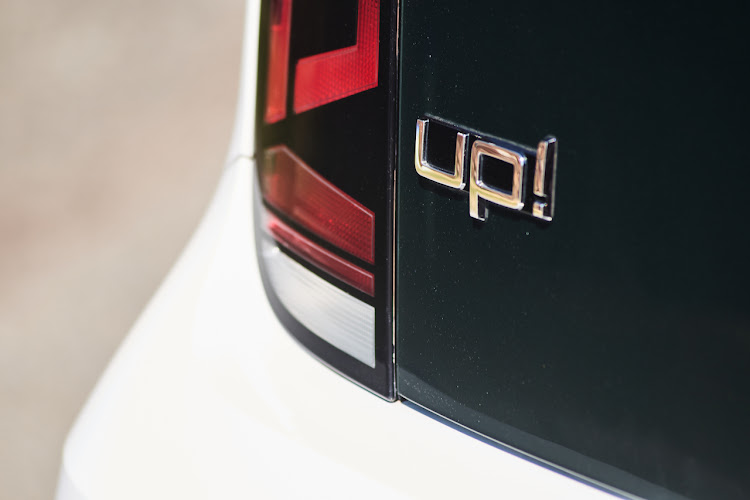 All local Up models are powered by a 999cc three-cylinder petrol engine.
Image: Waldo Swiegers

There’s not much power to restrain, since the 999cc, three-cylinder petrol engine (normally-aspirated) outputs a modest 55kW and 95Nm. Which works fine since it weighs well under 1,000kg. You’ll need to wind it out on first on those uphill climbs around town, however. I was surprised by how chipper it feels at 110km/h, without too much of a din in the cabin. The brand claims a top speed of 173km/h, but I have no inclination to find that out for myself.

The 251l boot is deep enough for a week’s worth of grocery shopping, or a weekend away for two. That increases to 959 litres with the rear seats folded. Best part is that there’s a full-size spare in there. What’s really frustrating though is the omission of a tachometer, engine temperature gauge and fuel consumption readout. I would have traded its SD card reader, LED daytime-running lights or even hill hold assist for those other features.

Still, I’m a happy chap driving the Up. If you’re looking into the market, you’ll notice quite a spread, from high-miler 2015 Move Up examples for just under R100,000 to near-new 2020 Cross Up units at the R190,000 mark. Of course, at that price point you may also be considering a Polo Vivo. And that’s the overlap that led to the Up’s eventual exit from our market altogether. But there are those deterred by the perceived theft risk of the Vivo ¯ and the fact that it offers less in terms of occupant safety.

How to get the best price when selling your vehicle

Used-car prices in SA are rising due to increased demand for high-quality used stock, making it a seller’s market
Motoring
1 month ago

Everything you need to know about buying a used Nissan Qashqai

Nissan was among the pioneers of the compact sport-utility vehicle segment. Anyone remember the Terrano from the new millennium, available in ...
Motoring
4 months ago

Everyone loves a good deal, don’t they? And nobody enjoys paying more for something than they might otherwise need to. This is especially true when ...
Motoring
2 months ago