REVIEW | The 2021 Alfa Romeo Stelvio is a proper soul-stirrer 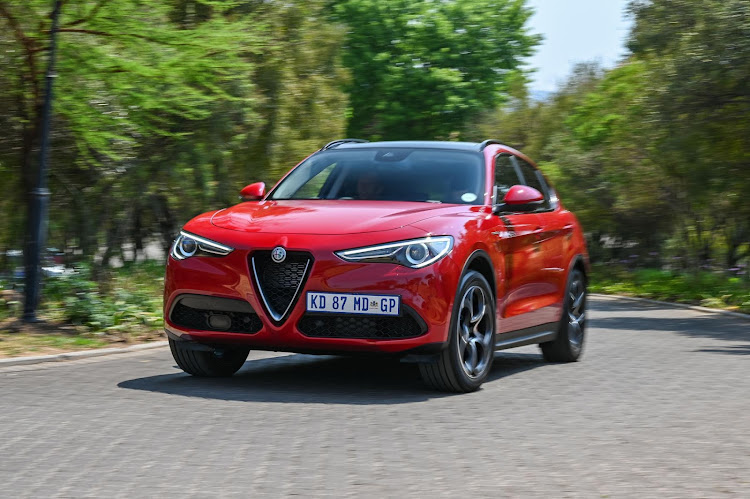 Until the oddly-named Tonale arrives, Alfa Romeo has no prospects of becoming a mainstream brand pushing decent volumes in SA. Even then, the battle is not going to be easy.

Its most accessible new product right now is the Giulia, with a starting price upwards of R989,900.

It lists the Giulietta on its website (from R409,900, but at a recent event representatives told us the model is no longer being imported. Basically, they are trying to get rid of examples that have been languishing in parking bays.

This is an ancient piece of metal that is simply no longer competitive in the upmarket C-segment hatchback category. It is totally outclassed by latest-generation contenders like the BMW 1-Series (F40) and Audi A3 (8Y).

Luckily, the same criticism cannot be made of the Stelvio sport-utility vehicle, which we spent a weekend with. It costs R1,159,900. On looks alone it makes a statement that is impossible to ignore. No way can you accuse it of blending into the periphery of the category, which, as you know, is fiercely contested. Shall we take stock very quickly? The Audi Q5, BMW X3, Lexus NX, Mercedes-Benz GLC-Class and Volvo XC60 are all on the radar. But there is another one: the venerable Porsche Macan, probably its closest match if you want a sport-utility vehicle that clearly emphasises the “sport” in the title. 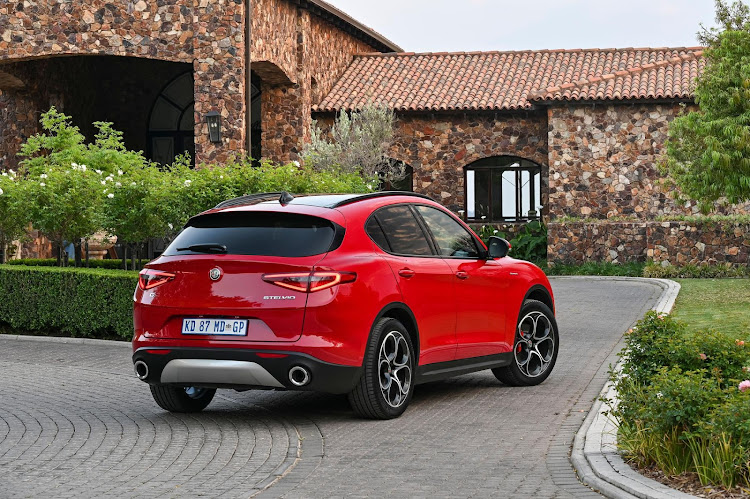 The 525l boot is certainly fair, but what may clinch the deal – over and above the Alfa Romeo mystique and sporting driving character – is that everything is standard.
Image: Supplied

From the moment your backside is planted in the generously-bolstered seat of the Stelvio, the excitement levels spike. It apes the same driver-centric fascia layout as the Giulia, with a slim three-spoke steering wheel integrating the ignition button, flanked by two cold shifter paddles. Those shifter paddles appear expertly milled from steel and feel indestructible. Wish the same could be said for other aspects of the cabin, but, hey, this is an Alfa Romeo, so we can dismiss its quirks as endearing.

There were two other oddities noticed. The air-conditioner fan in the middle section of the dashboard whistled, like it would on an old car. And on one occasion the side mirrors refused to fold out, until we switched the car off and back on again. And you know what? It was more amusing than concerning, but whether actual owners would find similar gremlins charming is up for debate.

What they will find charming, however, is the driving experience. Remember the Macan we referenced earlier? It was the only peer that came to mind as a close match for outright dynamic ability. The Porsche has a crisper, more clinical way about it, but the Alfa Romeo tempers its character with genuine feedback and tangible sensations. 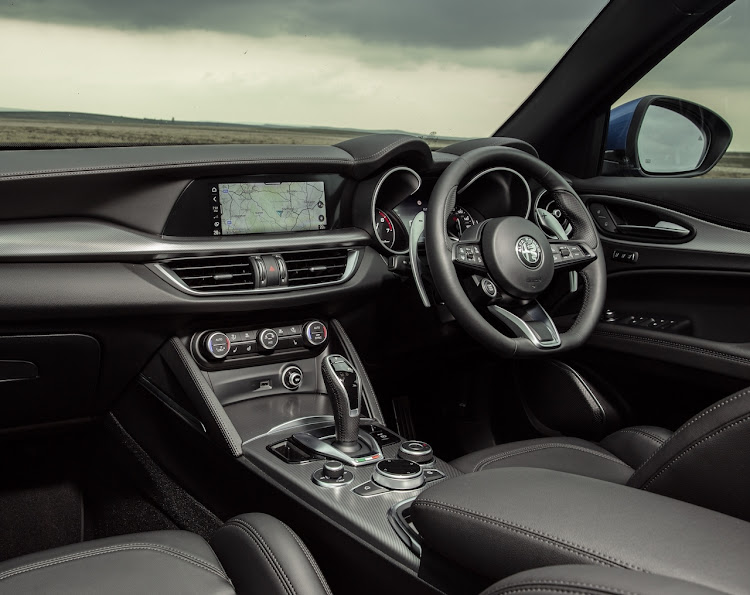 Road textures can be felt through the steering wheel, which is extremely precise, the brakes are pin-sharp and body control is simply astounding for a vehicle with gravel-suited ground clearance and a weight of nearly 1,800kg.

That has much to do with the near-perfect weight distribution, while the four-wheel drive system (Q4 in Alfa Romeo parlance) is rear-biased and sends power to all corners when slippage is detected. It feels playful, alive and alert in reflex.

The aluminium-intensive suspension setup uses shocks with adaptive-damping, offering an accomplished ride that was rarely, if ever, flummoxed by the substandard surfaces in some parts of Johannesburg.

Although you can have a boosted 2.9-litre V6 in the Quadrifoglio version, the 2.0-litre, four-cylinder turbocharged-petrol in the regular Super is, well, super. 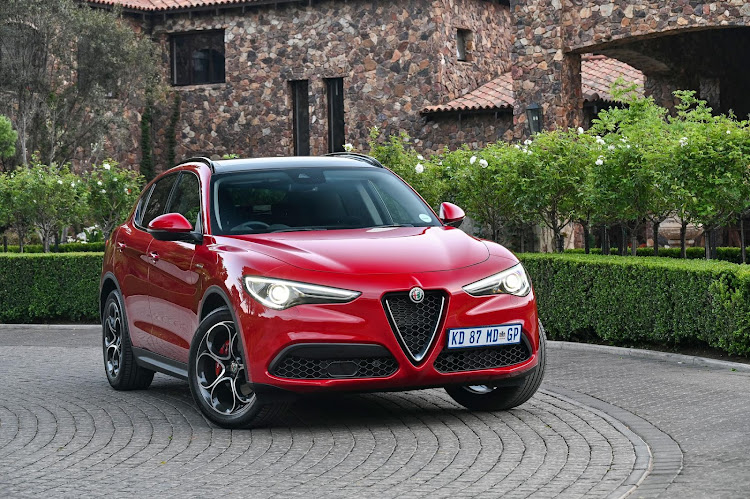 A synthetic, piped-in acoustic element contrives a richer aural sense for those inside. From the outside passersby might catch hints of spooling and air expulsion, but it is pretty subdued. No complaints in the output and delivery aspects though, with a healthy 206kW and 400Nm meted out via an eight-speed automatic transmission.

But again, those paddles will compel you to intervene in cog-swapping duties every time  because they feel so great to clasp. An 11.7l/100km fuel consumption figure was to be expected.

The 525l boot is certainly fair, but what may clinch the deal — over and above the Alfa Romeo mystique and sporting driving character — is that everything is standard. From sumptuous leather upholstery (heated) to a heated steering wheel, sunroof, reverse camera and comprehensive infotainment system, there is nothing lacking in the Stelvio. You really only have to choose the colour. Which will be red, obviously.

What cements the iconic reputation of a vehicle? Its capability in the metrics for which it was designed to excel? Well, there are a number of ...
Motoring
1 month ago

Count me among individuals who grapple with the concept of smaller Jaguars and understandably the Jaguar E-Pace tested here in D200 AWD R-Dynamic HSE ...
Motoring
1 month ago