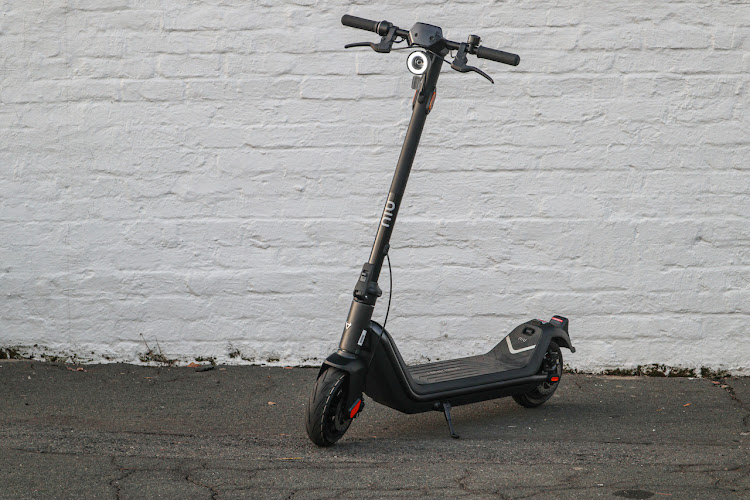 With the price of fuel at record highs and traffic returning to pre-Covid-19 levels, Thomas Falkiner ditches four wheels for two and discovers the allure of electric scooters.

What is this thing you’re riding?

What you're looking at here is the NIU KiQ3 Pro — the latest electric kick scooter (or e-scooter if you prefer) manufactured by Chinese eMobility company NIU Technologies.

Founded in 2014 and listed on the Nasdaq stock exchange since 2018, NIU first made a name for itself making high quality electric mopeds and recently branched out to building more affordable electric kick scooters to service the micromobility market where brands such as Segway, Bird and Xiaomi have enjoyed much success; particularly in Europe and the US of A where urbanites are looking for more cost-effective ways to get around crowded cities.

Right now the KiQ3 Pro is the brand’s flagship offering in SA, though you can also get the cheaper Sport model, which has less features and power and not as much riding range. 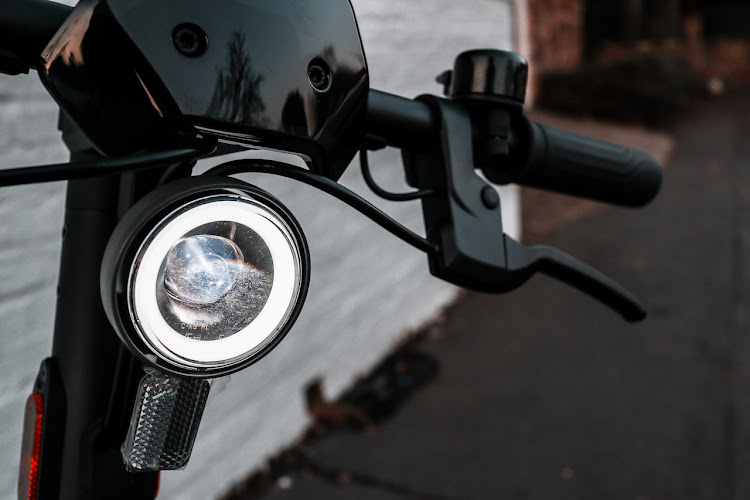 Interesting, tell me a bit about it ...

Before I do, I would like to point out that I’m a complete e-scooter newb. Sure, I’ve seen them advertised online and watched a few videos of hipster Instagrammers piloting them through SoCal streets to some hipster coffee shop, but until last week I had never actually seen one in the metal. So when local distributors Go Electric sent me this box-fresh example to test for a few days I didn’t know what to expect. First impressions were excellent.

After extracting the KQi3 Pro from its box I was amazed to discover just how well NIU has put this thing together. Build quality is impressive, with the company choosing to fashion this scooter's frame, stem and bars from aerospace-grade aluminium. The deck — the part you stand on and where the battery is housed — is hewn out of a sturdy black plastic casing with a nice rubberised insert on top for maximum riding grip.

Once assembled (you simply have to bolt the handlebars to the stem with four screws) I gave it a bit of a shake and a wiggle and heard not a single rattle or vibration. Yep, cheap and nasty the KiQ3 Pro certainly isn’t. 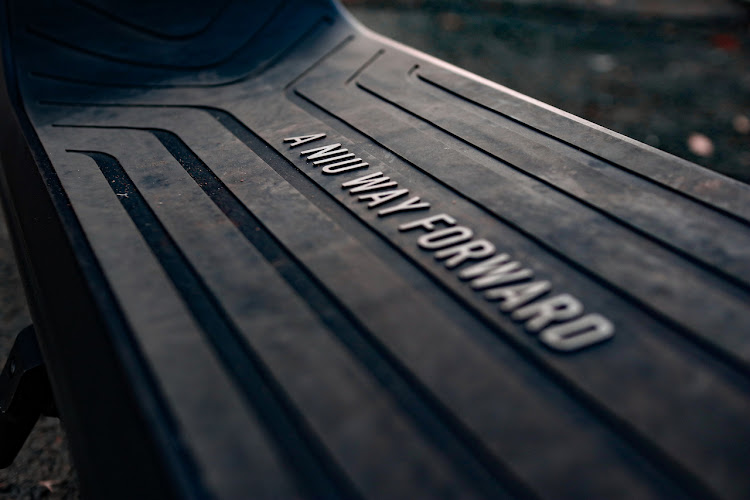 So what makes it go?

Finished in a menacing shade of matt black, the KiQ3 Pro is powered by a 350W motor built into the rear wheel. It’s juiced by a 48V 486Wh lithium-ion battery pack that, as I mentioned before, is sandwiched inside the deck. If these numbers mean nothing to you, just know they’re good enough to give this scooter a claimed maximum cruising speed of 32km/h on a flat stretch of road. Unfortunately here in SA — and Europe — this has been reduced to 25km/h due to legislation.

With a full charge NIU claims that the KiQ3 Pro sports a maximum range of about 50km. I didn’t put this to the test but on my daily commute — about 5km or so each way — I still had about 65% charge remaining. So I would say you could realistically expect about 25km on a charge — especially if you live in a hilly area.

Personally I got into the habit of putting the scooter on charge as soon as I got to the office (the lightweight and compact charger fits inside a backpack) just to make sure it was always at full capacity. Free electricity — might as well get something out of this return-to-work malarkey, right? Not that the 486Wh battery is expensive to charge: one kWh (roughly R1.59) will fill it up twice.

As important as moving forward is coming to a stop and in this respect the KiQ3 Pro is equipped with front and rear mechanical disc brakes as well as regenerative braking on the rear axle that can be set to three levels of aggression — weak, medium or strong.

After some experimenting I used the middle setting and found I seldom had to squeeze the brake levers to slow down; simply rolling off the throttle and letting the motor harvest kinetic energy provided sufficient retardation. And it had the added benefit of charging the battery. 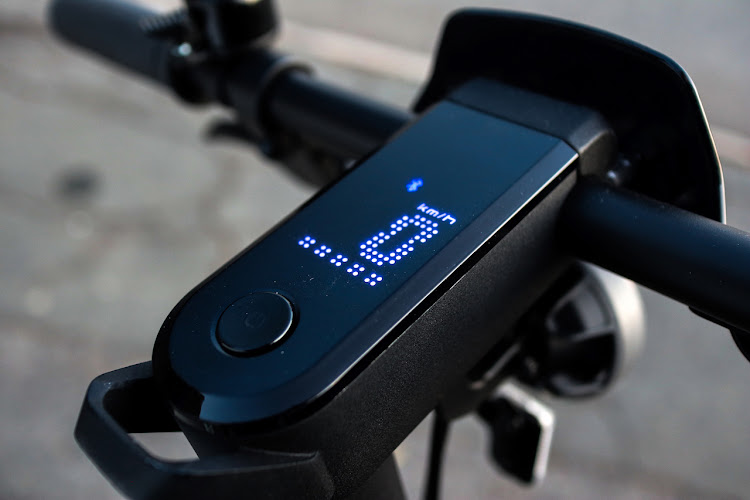 Can you actually commute on it?

Of course you can. I mean why else would you want one, right? I guess it depends on where in the city you live exactly, but for me the KiQ3 Pro proved a pretty good match for my daily work commute: a roughly 5km trek from Melville to my office in Parktown and back again.

Keen to avoid busy streets as much as possible, I plotted a route that took me up through the sleepy back roads and alleyways of Westcliff before crossing Jan Smuts and then continuing on towards the Arena Holdings building situated on the corner of Empire and Hillside. I treated all major intersections with the utmost caution and crossed them at the pedestrian crossing with all the other taxi-fearing pedestrians. If things got sketchy I’d hit up the sidewalk, but most of the time I hugged the road’s shoulder like I would riding my bicycle.

So how long did it take? Well, door to door it took me about 17 minutes — a mere seven minutes slower than it would take me in a car. Of course this would be reduced if I could somehow unlock that extra 7km/h top speed (there’s got to be a hack somewhere on Reddit).

I’m a big believer in safety, so when commuting I wore a pair of leather motorcycle gloves, an old leather motorcycle jacket and either a full-face or open face helmet. The former was perhaps overkill while the latter was painfully hipster — especially when paired with my Ray-Ban Wayfarers. Of course you don’t have to wear any protective gear if you don’t want to — I just prefer to be safe rather than sorry. Especially when mingling with other road users.

Other neat features to help you on your way around town are a mechanical bell for signalling your presence to pedestrians, a powerful front headlamp as well as a rear tail light that also acts as a brake light whenever you depress the levers. Finally, there's also a NIU App that connects to your smartphone via Bluetooth. Similar to Strava, it keeps a record of all your rides and logs everything from riding distance and riding time to average speed and maximum speed. You can also see what percentage the battery is at.

Yep, it’s a thoroughly well thought out piece of kit. 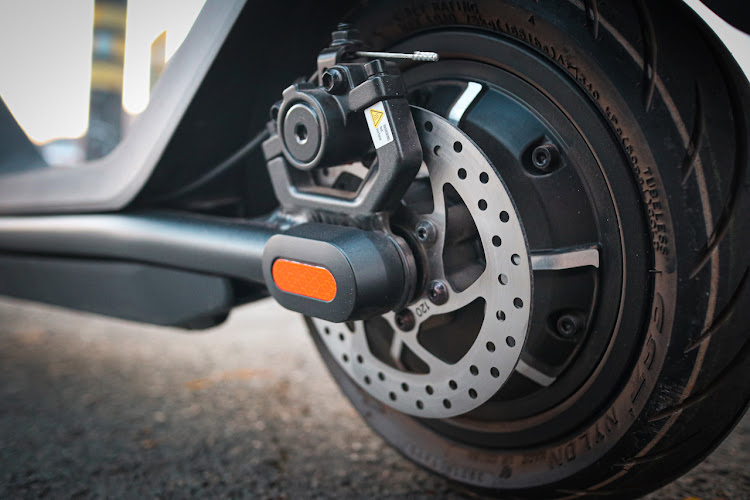 That’s what I thought when I got the KQi3 Pro on test. Fortunately inclines didn’t pose that much of a problem. Whether negotiating the steep slopes of Melville or the long and steady climb from Milpark Hospital up to Jan Smuts, the scooter kept on moving at a steady pace — usually an indicated 19-20km/h. On steeper gradients this would drop to about 14-15km/h.

What if my friends want to meet for coffee in Sandton — can I take it on the Gautrain?

So I actually tried this. Not to meet friends (I don’t really have any) but to see whether I could get the NIU onto the Gautrain without causing world war three. The long and short of it is that electric scooters are allowed on board provided that they’re housed in some cover for the duration of the journey.

In the case of the KQi3 Pro this would be a fairly simple thing to do as you could probably fashion one from an old sack or car cover. It need not be very big either as the scooter’s lengthy handlebar stem folds down and clips into the aft most part of the deck, making it surprisingly easy to hump around. It’s fairly hefty though — a whisker over the 20kg mark — so you won’t want to be carrying it long distances. 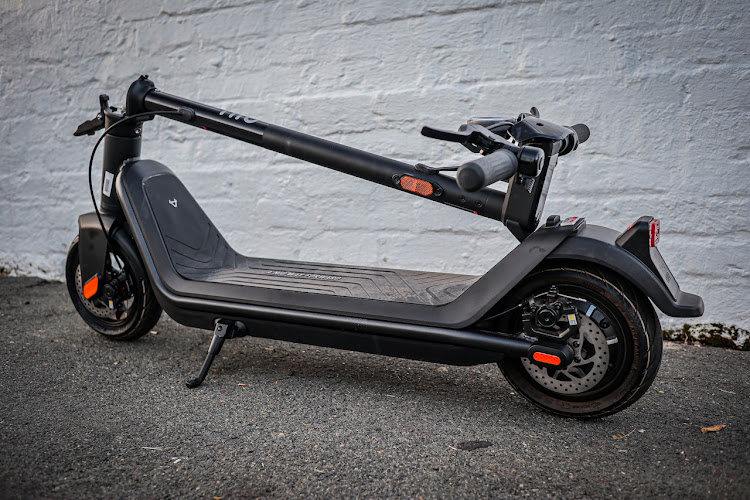 So at the moment the legality of electric scooters is something of a grey area. Strictly speaking they’re not really allowed on public roads, but this hasn’t deterred people from using them as a mode of short-range transport in congested urban areas. Given their relative affordability and minimal running costs, we’re probably going to see more and more of them — especially as the prices of fuel and public transport continue to rise.

According to Saul Cohen at Go Electric, electric scooter legislation is something the government will have to look at addressing in the coming months. In the meantime, however, use one at your own risk and obey all the rules of the road. Also, don’t behave in an irresponsible manner, as this will create a negative perception of the e-scooter movement. 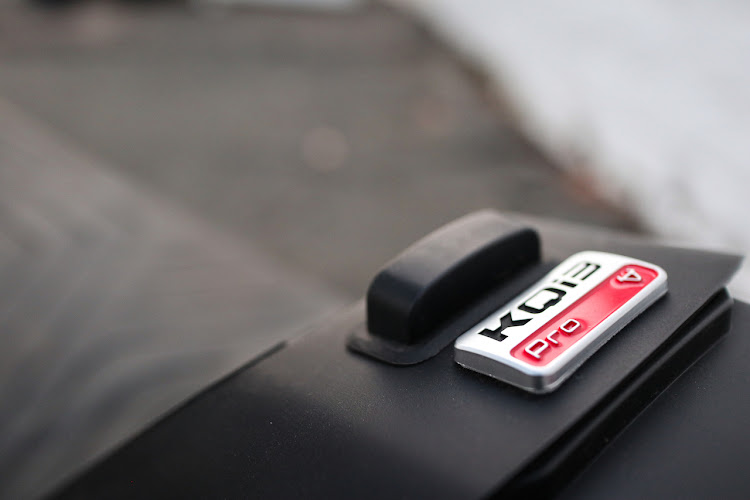 Is it fast enough?

I’m a bit conflicted about this, to be honest. Though 25km/h isn’t slow on something so close to the ground, I did feel the KQi3 Pro could do with a bit more pace. Not just to make journeys a little quicker but also to accelerate out of dangerous situations — like escaping a would-be mugger who’s keen to get to the contents of your backpack. In the US this scooter tops out at a more substantial 32km/h and I dearly wish our local models did too. 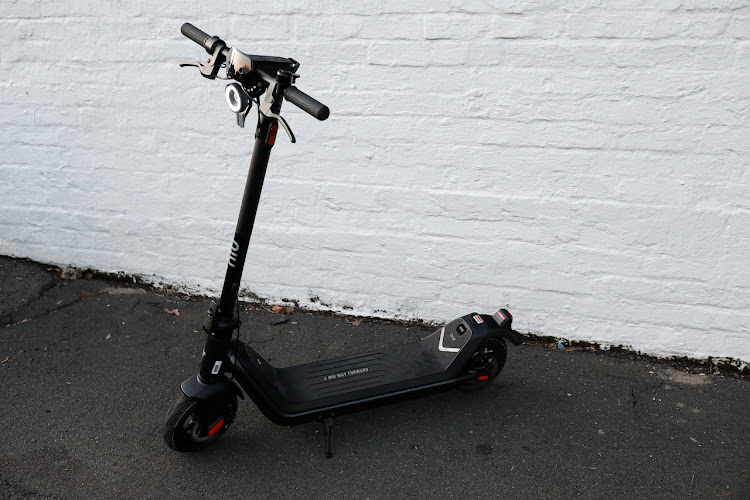 Extremely. I measure in at a relatively lofty 188cm and even on longer treks I didn’t feel any stiffness or discomfort on the KQi3 Pro. The scooter feels incredibly stable too — even when piloted across the choppiest and most ill-maintained sections of Johannesburg pavement. This is a real boon for e-scooter newcomers as it quickly helps to build your confidence behind the handlebars. Though there’s no traditional suspension system here (this would add complexity and cost), the scooter’s wide pneumatic tyres do a decent enough job at absorbing bumps and ruts. Especially when set to the minimum stipulated pressure of 3 bars.

Would you buy one?

Let’s just say I’m seriously considering it. I understand taking to the streets on an electric scooter is not without its risks, but by adopting a cautious and responsible approach to riding you can enjoy an affordable, fun and ultra-convenient way of getting from A to B. Now retailing for R14,490 the NIU KQi3 Pro isn’t cheap but it isn’t exactly expensive either. It's also a joy to ride, sturdily built and packed with features. So If you’ve been thinking of getting into the whole electric scooter thing, it's definitely worth considering.

Find out more about it by visiting the Go Electric website.

A former motorbike engineer has come up with a sturdier electric scooter.
Motoring
1 month ago