WATCH | 'You have to dominate!' - Trump vows to deploy military as #GeorgeFloyd solidarity protests go global 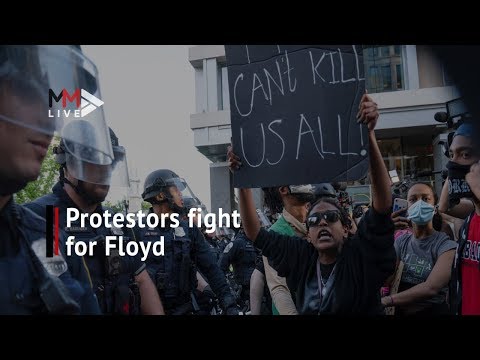 Protests sparked by video footage of the death of George Floyd in Minneapolis police custody on May 25 2020 have erupted across the US.

National Guard troops were deployed in 15 states and Washington DC in an attempt to quell a sixth night of violence on May 31.

President Donald Trump has condemned the killing of Floyd and promised justice, but has also described the protesters as “thugs”.

Fires burnt near the White House, stores were looted in New York City and southern California, and a tanker truck drove into marchers in Minneapolis as the US struggled to contain chaotic protests over race and policing.

Authorities imposed curfews on dozens of cities across the US - the most since the aftermath of the assassination of Martin Luther King Jr in 1968.