A Braamfontein doctor has detailed the last moments of Mthokozisi Ntumba’s life, saying he gasped for air.

The high court in Johannesburg is hearing evidence in the trial of four police officers accused of his murder. Tshepisho Kekana, 27, Cidraas Boitumelo Motseothata, 43, Madimetja Joseph Legodi, 37, and Victor Nkosinathi Mohammed, 51,   are also facing three counts of attempted murder. The trial is expected to run for 11 days and the state’s witness list includes 30 names.

The court heard that Ntumba had visited a medical practice in Braamfontein on March 10 2021 while students were protesting in the area. Moments after he walked out of the clinic, shots were fired. 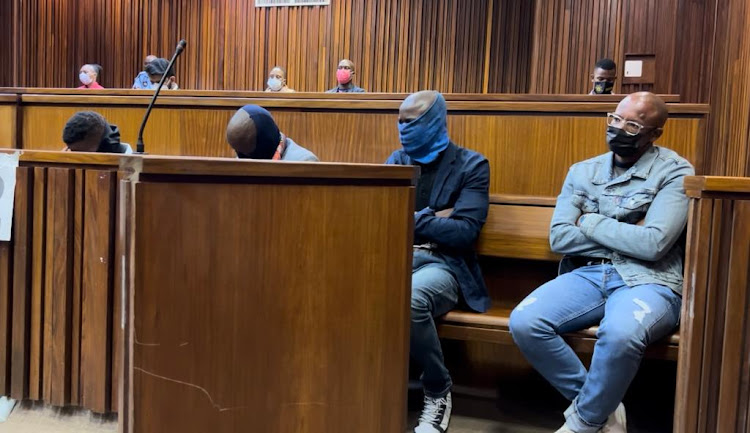 The four police officers charged with murder and attempted murder appeared in the Johannesburg high court on Tuesday for day two of their trial.
Image: Catherine White

Witnesses told the court several shots were fired which left marks outside the building housing the clinic.

The first witness, medical assistant Lerato Mokoena , said she was among the first to see Ntumba collapse. She ran to call Dr Tebogo Sedibe.

Sedibe said Ntumba was shot in the torso and was gasping for air.

“The first thing I noticed was the blood on his shirt,” he said.

All four defence attorneys cross-examined Sedibe, querying his qualifications and whether giving Ntumba CPR could have caused his death.

When asked if Sedibe would give CPR if he had known beforehand that a rib had punctured Ntumba’s heart and lung, his response was: “Absolutely.”

Sedibe told the court that after asking someone to call an ambulance, he assessed the situation, checked Ntumba’s airways, breathing and circulation and then performed CPR.

Sedibe’s attorney, Zaakir Mayet, told TimesLIVE: ” Dr Sedibe is giving evidence about what happened on that day and the procedures he conducted to save the deceased’s life. He discharged his duty as a medical practitioner. This was a patient who was in his surgery a few minutes before. A few minutes later he finds his patient on the ground. Naturally any medical practitioner would do everything in their power as they are trained to render emergency assistance.”

The investigating officer in the matter, Judy Thwala, is expected to take the stand on Thursday. 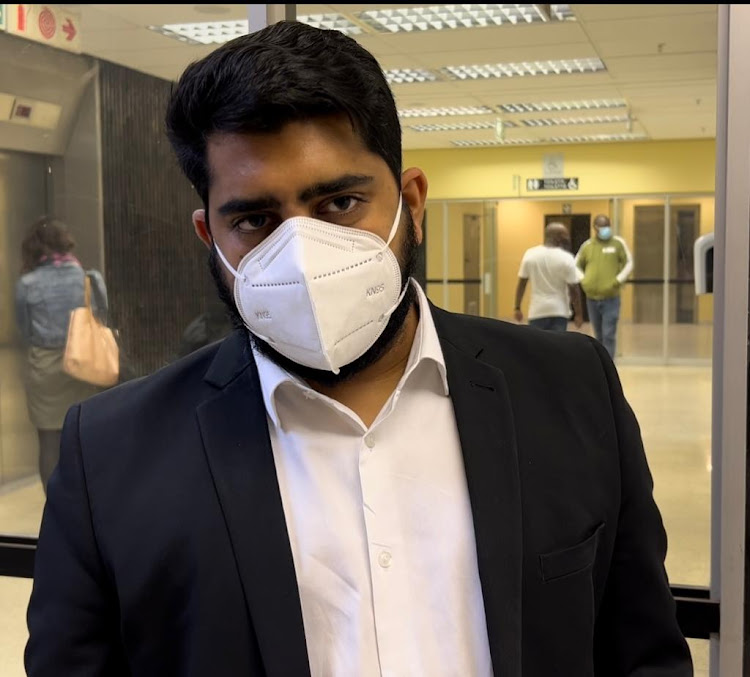 Mthokozisi Ntumba had gone to see a doctor in Braamfontein, Johannesburg, for treatment for a stomach ache on the day he was allegedly shot dead by ...
News
4 months ago

The trial of four police officers accused of the murder of Mthokozisi Ntumba during student protests last year started in the Johannesburg high court ...
News
4 months ago

One of the four police officers accused of murdering Mthokozisi Ntumba stormed the Johannesburg Institute of Engineering and Technology and dragged ...
News
4 months ago