WATCH | Down with the patriarchy, says ‘feminist judge’ Madlanga

Chief justice candidate asked how he would run the judiciary 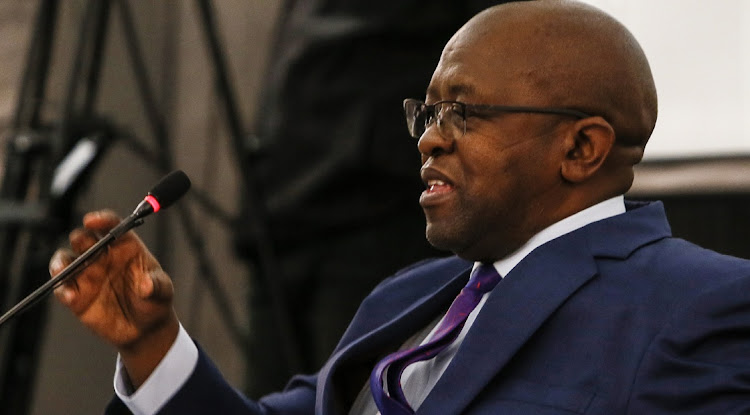 The question whether three years is long enough to make a difference as chief justice dogged justice Mbuyiseli Madlanga  when he was interviewed for the top judicial position in the country.

Madlanga is a judge in the Constitutional Court.

The Judicial Service Commission (JSC) is interviewing candidates for the position of chief justice throughout the week before submitting a preferred name to President Cyril Ramaphosa.

Madlanga, who was appointed in 2013, told the commission that the issue of his relatively short remaining time on the bench should not count him out of the race.

“Three years is more than enough time to implement my vision,” he told the JSC.

He was also asked whether he possessed strong leadership skills, considering he is the only one of the four candidates who does not occupy a leadership position in the judiciary.

Constitutional Court justice Mbuyiseli Madlanga listed leadership positions he has held to show he is able to lead the judiciary.
News
3 months ago

Madlanga said he had lead in several capacities, including as lead prosecutor of the Marikana Commission of Inquiry which began in 2012. He also acted as judge president in Mthatha, he told the commission.

Criticism of the judiciary should never reach a level where courts no longer enjoy the respect they should have from the public, ConCourt justice ...
News
3 months ago

Service delivery at masters' offices not up to standard, says deputy minister

Deputy justice and constitutional development minister John Jeffery says operations at the masters' offices in Pretoria and Cape Town are “not ...
Politics
3 months ago

Mogoeng’s choice: apologise or go to court on review

Mogoeng Mogoeng has no more avenues of appeal open to him under the Judicial Service Commission Act after an appellate panel of the Judicial Conduct ...
News
3 months ago