'It's one of the most extreme sports in the world. Maybe we should throw some lions onto the cricket pitch or rugby field and see how they fare with that' — Jordy Smith

SA's surfing sweetheart Jordy Smith is no stranger to “sharky” waters in what he says is one of the most extreme sports in the world.

The World Surf League's (WSL) J-Bay Open championship returns to Jeffreys Bay for the first time since 2019. Sharky waters beholding the mystic Great White shark is common in Jeffreys Bay, but shark attacks that result in death are few and far in between.

When Australian professional surfer Mick Fanning last competed in the J-Bay Open he had an encounter with a great white shark. Shortly after that Fanning encountered another shark while competing in Australia.

“Competing here in Jeffreys Bay or in the ocean in general, there are risk factors. Obviously sharks, marine life, things like that. Anywhere there is an ocean it is guaranteed there will be marine life. SA just has a little bit more. Maybe that's why it's one of the most extreme sports in the world,” Smith told TimesLIVE.

Grinning, Smith added: “Maybe we should throw some lions onto the cricket pitch or rugby field and see how they fare with that.”

In a press conference on Monday Smith spoke about recently becoming a father: “It's different and at the same time amazing. You chose your surfs wisely, right between nap times.” 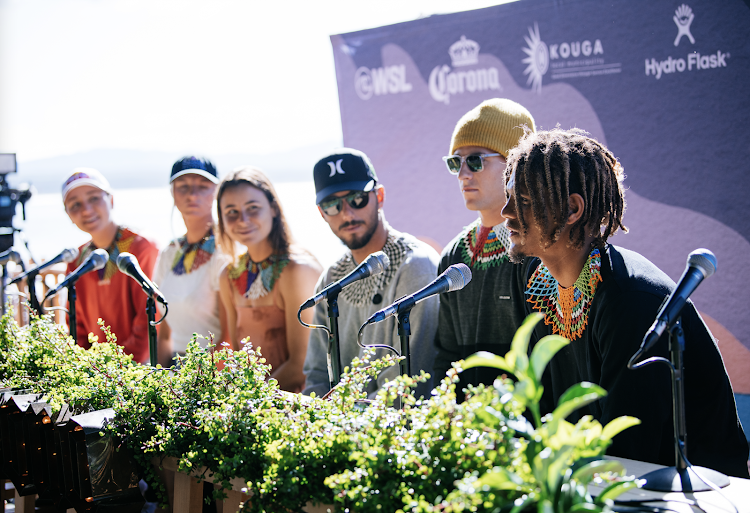 Joshe Faulkner (SA) at the press conference for the J-Bay Open on July 11 2022.
Image: WSL

The competition will run from July 12 to 21. Competitors are confident about the waves and the weather and hope to bring their best performance at Jeffreys Bay's world renowned right-hand surf break.

“It's been some time since we've had the contest. We have really good waves on the way so I think if the WSL can just pick the right moments, I think the supporters and the people watching online are really going to be in for a treat,” Smith said.

Corona is again the official beer partnership of the WSL tour as WSL has just signed a three-year contract with the brand. With tourists and surfers from across the globe visiting Jeffreys Bay for the competition, the town is expecting its July boom again.