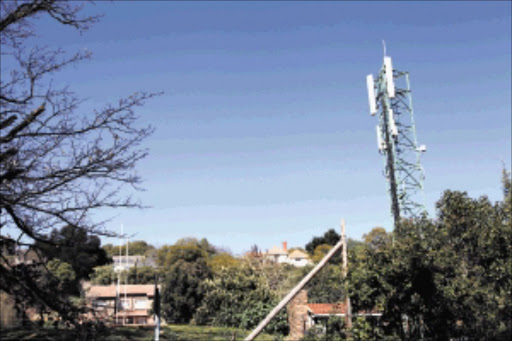 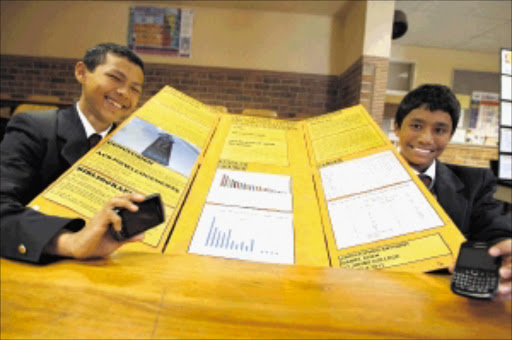 A science project by two boys on the health effects of cellphone masts has won high praise from leading researchers - and may lead to the mast at their school being removed.

Christopher Anthony, 14, and Daniel Chen, 14, both grade 8 pupils at St John's College in Houghton, Johannesburg, studied the effects of radio frequency (RF) waves on children who spent more than eight hours a day at school.

The idea for their project, entitled "The effects of cellphone tower radiation at schools on the health of school children", was sparked by curiosity over a tower at their school.

''I was playing rugby one day and I wondered about the tower and its effects on our health," said Chen, from Sandton.

Under the supervision of engineer Dieter Netter, who provided them with sophisticated equipment to read the RF radiation levels, the boys were able to compile their data for analysis.

These, coupled with the results of a survey, concluded that five most common symptoms of radiation experienced by pupils were sinus, headaches, lack of concentration, difficulty with eye focusing and dizziness.

They have been described by a qualified researcher in this field as "textbook" symptoms.

Tracey-Lee Dorny of the Electromagnetic Radiation Research Foundation of SA, who assisted the pair in their project, said: ''The boys need to be commended on an excellent job. Their work certainly highlights the need for a full investigation into at least one of the schools that participated in the study, where they noted a higher number of affected children."

The project was done as part of the school's science curriculum. The report said: ''We needed to better understand if this lengthy exposure time to the microwave radiation from the cellphone towers was harmful to our health."

The paper stated that "it should be recognised that children are a sensitive population and a very vulnerable group to this radiation".

The boys identified three schools on the West Rand with cellphone towers on their properties who agreed to be part of the study.

Pupils aged 14 to 16 from Florida Hoërskool, Westridge High and Gustav Preller Primary participated in a questionnaire thatincluded a check-list of 21 symptoms flagged as indicators of radiation-related illnesses.

In their analysis, the boys cautioned that pupils should keep a distance of at least 300m from the cellphone base station.

They also concluded that while cellphones were necessary, masts ''should be kept away from populated areas and should definitely be kept out of schools".

Headmaster Roger Cameron said: ''In light of the investigation, the school, the staff and parents are against the mast . We have instituted proceedings to have it removed."

The mast at St John's was erected 10 years ago by Vodacom. The service provider's chief officer of corporate affairs, Portia Maurice, said: "There have been some discussions with the school and it's unlikely that the site lease will be renewed."

Told of the school's decision, Chen and Anthony were "shocked".