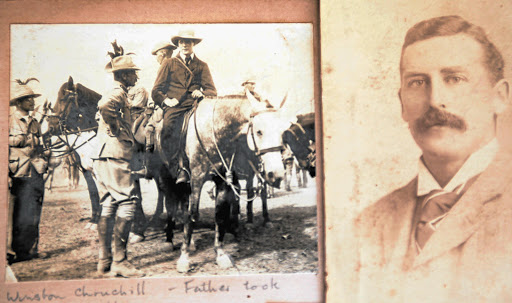 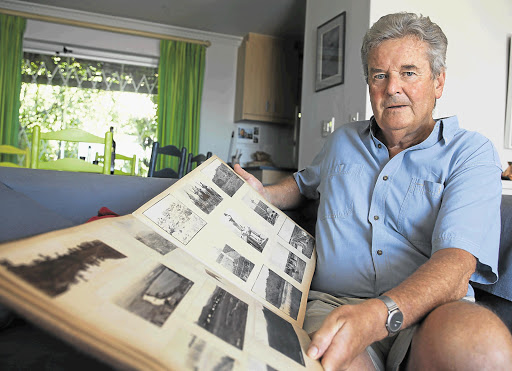 NEW details have emerged about a rare photograph of Winston Churchill taken during the Boer War - thanks to readers of the Sunday Times.

Last week we published a black-and-white picture of the future British prime minister and World War Two leader as a young man on horseback, dressed in a suit. It had been found in a group of old photographs to be auctioned in the UK.

The only information about it was a note in pencil on the reverse saying "Winston Churchill after escape", and naming the regiment he was pictured with, the South African Light Horse.

The image - a photograph of a photograph - had been sent for auction by an elderly descendant of Arthur Knight, who had trained with Boer War photographer David Barnett.

Readers this week helped to unravel the story behind it.

Jeremy Martin from Cape Town said it was his grandfather, George Allsop, a captain in the Light Horse, who took the photograph, along with several others which ended up in a family album.

He said: "It's quite an eclectic group of pictures but the Churchill picture is on the first page, stuck down with the comment 'father took this photograph' underneath. That was written by my mother, Norah Martin, who I believe sent a copy of the album to Winston Churchill in 1948 for a book that was being written."

She received a thank-you letter dated October 22 1948 on a House of Commons letterhead saying Churchill found the image "very interesting".

Allsop, who died in 1927, was well known in Johannesburg sporting circles as secretary of the Wanderers Club. He played for Transvaal and managed overseas Springbok cricket tours.

Said Martin: "My grandfather served in Natal during the war in battles like Colenso, Ladysmith and later in the Orange Free State. I've also got letters sent back to the UK, including one to his sister Katherine, in England.

"He details what they [the British] were doing and the treatment of the Boers and their 'scorched earth' policy which they had to use to win the war. It's very poignant."

Ken Gillings, a tour guide and member of the KwaZulu-Natal branch of the South African Military History Society, said he had seen some of the pictures in the collection but not the one of Churchill on a horse "which is just wonderful. Clearly it is Churchill. I think the man he is talking to is Julian Byng, known as 'Bungo', who later became a field marshal but at the time this picture was taken was commanding the South African Light Horse."

Gillings said he believed the photo was taken on January 2 1900 at Chieveley in northern KwaZulu-Natal.

"It was only 5km south of where he was captured aboard the train. After he was captured he was taken to Pretoria but escaped and made his way to Delagoa Bay, which is now Maputo.

"He was given a new set of clothes by the British consul and made his way to Durban before retracing his steps to Estcourt and the British camp at Chieveley."

There Churchill was commissioned into the Light Horse Regiment as an assistant adjutant, which allowed him to continue acting as a war correspondent for the Morning Post.

Thys Steytler of Durban suggested Churchill had been less than chivalrous in breaking his promise not to escape.

Steytler's father was interned in the Vryheid concentration camp at the age of eight, along with his mother, brothers and sisters.

He said his father had said that, because Churchill was a war reporter and an aristocrat, his Pretoria jailers offered him free rein based on his "word of honour as a gentleman". This, he said, allowed him to escape.

Andrew Marlborough, a fine arts valuer at Duke's, was thrilled by the response.

"It's been excellent to get this kind of information through because it adds to the history of the photograph. The collection does not go on sale until April so any more information would be greatly appreciated."

Anyone with information can e-mail andrew.marlborough@dukes-auctions.com