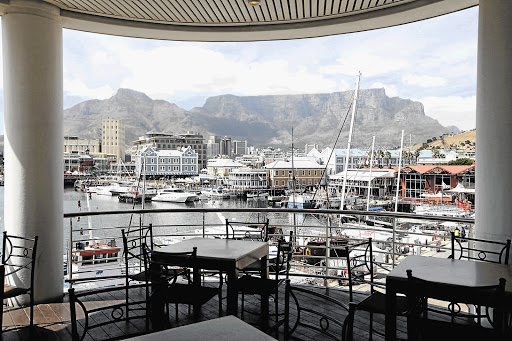 Cape Town's V&A Waterfront says it is reaping the rewards of a R100-million investment it spent redesigning its premises, resulting in double digit retail sales growth for the fourth consecutive year.

As a result international stores, including Sweden’s H&M store and British toy store Hamleys, will soon make the V&A Waterfront their home.

The V&A Waterfront boasts an assortment of retail, hotel and residential development set on 123 hectares.  It lies on the edge of the harbour and has the iconic Table Mountain as its backdrop.

The V&A Waterfront has contributed close to R200-billion to the South African economy over the past 10 years.

Visitor numbers for the year hit a staggering 24-million.

David Green, CEO of the V&A Waterfront, attributed the growth to fresh strategy that is “relevant for locals and internationals alike”.

“Over the past two years we have focused on redeveloping existing areas, spending R135-million, which included the redevelopment of the food court, increasing the Pick n Pay footprint, and creating The Watershed, Africa’s new home for craft and design,” said Green. “Domestic and international tourism also remains robust, with statistics showing that almost all foreign visitors to Cape Town visit the V&A Waterfront at least once.”

“We also constantly review and refresh our tenant mix, paying careful attention to brand adjacencies to ensure like-minded retailers are clustered together for convenience shopping and appeal to core target markets,” said Kebalin.

“This continuous review of the offering has enabled the V&A Waterfront to maintain its position in a highly competitive retail market, and it has helped to attract a quality mix of retailers and food and beverage tenants, which in turn has attracted more visitors. During 2014 the Victoria Wharf Shopping Centre balanced the introduction of affordable retail brands such as Cotton On and Mr Price’s new look MRP store with luxury international brands such as Longchamp and the first Calvin Klein store in South Africa.”

Of 24-million visitors to the V&A Waterfront last year, 55% were Capetonians, 19% were from rest of South Africa and 26% were international. Meanwhile, up to 100 000 people visited it every day during the peak season.