Tot fighting back after doctors cut off 1.2kg tumour (Video) 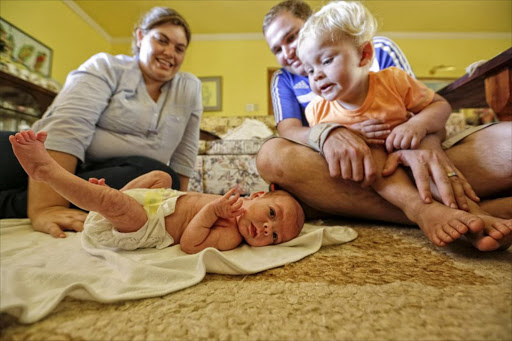 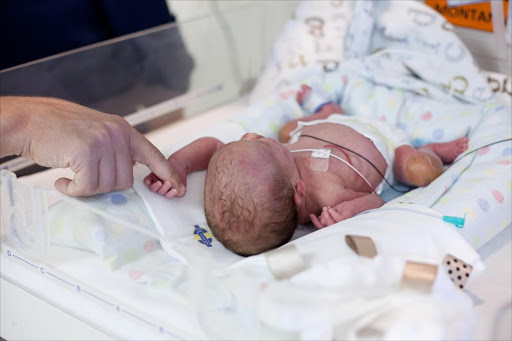 Little Evan Winder is one lucky chap. Just 24 hours after his premature birth, he underwent a life-saving operation to remove a massive tumour from his body.

The operation was a success and now the tiny tot is fighting his way back to fitness on his family's farm at Hopefield in the Western Cape.

His chances of survival had seemed slim after a specialist confirmed the tumour growing in the foetus early in the pregnancy. His parents were given the option of abortion - but they turned it down.

His mother, Sanel Winder, explained: "My logic was, as long as there was a heart beating, his legs were moving in the womb and he did not show signs of being in pain, I could not see any reason to abort."

However, with eight weeks to go before he was due to be born, their doctor warned that the tumour had grown so large that it was threatening to restrict normal blood flow to the foetus, which could have caused heart failure and death.

Evan was delivered by caesarean section on January 28 with the tumour protruding from his coccyx - one of the largest of its kind ever seen by a team of neonatal experts in Cape Town.

His birth weight was 3.6kg, of which 1.2kg was the multicystic solid tumour, which had partially ruptured.

Evan's journey home has been emotional, exhausting and at times frightening for his parents. But watching him defy the odds and grow stronger each day has been heart-warming.

The couple's two-year-old son, Noah, shrieked with delight after gingerly tickling his brother's bare tummy on Thursday. Evan opened his eyes, yawned and wriggled. "Evan's such an easy-going little guy. Nothing is a fuss," said his father, Mathew.

When the couple rejected the option to abort the foetus, they named their unborn son Evan, which means "young fighter" in Celtic. "The 20-week mark came and we decided to carry on. He became a little fighter because after each scan he looked fine," Sanel said.

Neonatologist Dr Ricky Dippenaar said the tumour was known as a sacrococcygeal teratoma. "These kinds of tumours can grow very aggressively, and this one had rapidly developed to such a size that it threatened to compromise normal blood flow to the foetus. If left untreated, it would have resulted in heart failure and intrauterine death," he said.

Evan was stabilised for 24 hours after birth. His parents saw him briefly before the surgery.

Evan's heart was under severe strain trying to pump blood to feed his body and the tumour. "The heart struggled tremendously during this procedure. The minute all the feeder vessels were tied off, everything immediately stabilised," Dippenaar said.

Mathew and Sanel had to wait two weeks before they were able to pick up and cradle their son. He spent a month recovering in neonatal intensive care.

The experience has been life-changing for the couple from Table View. This week they moved house, swapping corporate and city life for the rustic atmosphere of a 6ha property with horses on the West Coast.

Mathew, who worked as an IT system administrator, will manage and market a school adventure camp, kennels and accommodation for backpackers on the property. They hope the outdoor lifestyle will accelerate Evan's recovery. He is undergoing physiotherapy and may develop a limp as he gets older.

The tumour weakened the muscle in his left buttock, which aids walking and standing up.

People asked why the couple continued with the pregnancy and how they would cope. "When you see [the] scan and the baby is fine except this growth, you can't just go and kill this child. It does not make sense," said Sanel.

Dippenaar said: "We expect Evan to be able to live a completely normal life, although we suspect he may have some residual functional disability and will require close monitoring to ensure that he does not develop any further tumours in future."

The team that rose to the challenge of saving a life

Neonatologist Dr Ricky Dippenaar said removing the large sacrococcygeal teratoma was a highly specialised exercise that could only be performed by a multidisciplinary team of neonatal experts.

Layers of tumour were cut away until the surgeon reached layers of normal tissue. "It was a highly complex procedure and no easy task. As it turned out, thanks to the expertise of the multidisciplinary medical team, Prof Sidler was able to completely remove Evan's coccyx together with the tumour," he said.

Dippenaar is the neonatologist who delivered Allegra Lategan, one of the country's youngest surviving premature babies, in 2011.

"We work well as a team. Our nursing staff are the hidden gems behind all of these success stories.