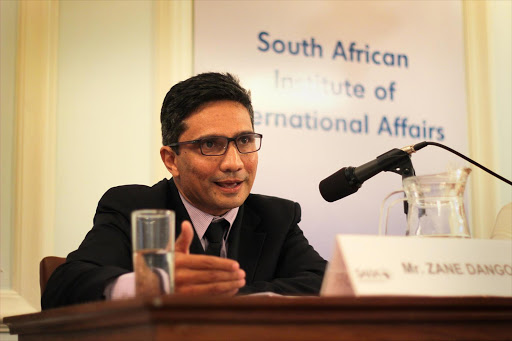 However‚ he said nothing was stolen.

"There was a break-in. Two cars pulled up. They told the helper that I had sent them to fix things then they overpowered her‚" Dangor told Timeslive

The break-in comes just days after the Constitutional Court ruled on a case involving the process for the further payment of social grants beyond the end of March.

On Friday the court ruled that the current grant administration company Cash Paymaster Services (CPS) could continue paying grants for another year.

This ruling came after the SA Social Security Agency (Sassa) failed to set up an in-house grants payment system as required by an earlier judgment in the matter.

Dangor resigned over the grants crisis earlier this month.

He was present at the Constitutional court judgment on Friday that found Social Development Minister Bathabile Dlamini and Sassa had failed to act in time to avert a crisis   Dangor told eNCA that men put a cloth over his adult son's mouth. His son fought back‚ got away and locked himself in a room.

His daughter and domestic worker locked themselves in a room.

The suspects went through the house but took nothing.

Dangor suspected an ulterior motive for the crime.

"My gut feeling is it is a form of intimidation for me."

"If they came to steal‚ there was enough to steal …They had the opportunity to take something and they didn't‚” he told eNCA.

Dangor said police had not opened a case earlier on Monday because nothing was stolen. Police did not reply to repeated media requests from TimesLive about the incident.   The incident comes just days after a burglary at The Office of Chief Justice in Midrand.

Fifteen computers with personal information about the all the county's judges stolen were taken from the human resources department.