The #GuptaFiles: All the explosive revelations so far

From 'inside men' to luxury Dubai pads, we take a look at the explosive revelations that have come out of the leaked e-mail correspondence documenting the extent of the Gupta family's influence in South Africa. 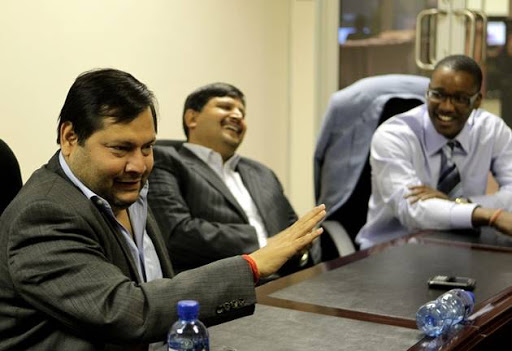 The Guptas and the Dubai connection

President Jacob Zuma's son Duduzane, a shareholder in many Gupta-owned companies, bought an apartment worth nearly R18-million at the iconic skyscraper Burj Khalifa building in Dubai two years ago. Leaked emails show that Duduzane purchased the property with substantial assistance from the Guptas and their associates at the end of 2015.

Another series of explosive e-mails also showed the Guptas were central to a scheme for Zuma and his family to obtain residency in Dubai in the United Arab Emirates. Zuma has denied the claim this weekend, saying his only home was in Nkandla.

The Guptas and the Home Affairs fixer

Denel board member and advisor to minister Malusi Gigaba‚ Thamsanqa Msomi‚ has emerged as the fixer for Gupta family associates in the department of home affairs‚ documents show.  A leaked email trail revealed how the Guptas‘ ‘man on the inside’‚ Msomi‚ received emails from Gupta family associates asking for assistance for visas for “clients”‚ confirming long-standing speculation over his alleged links to the family. Msomi does not deny the picture painted in the emails but says his actions were not out of the ordinary.

The Guptas and the bank

The Guptas and the money launderer

The Gupta family and Mineral Resources Minister Mosebenzi Zwane have been linked to a notorious Indian businessman arrested in his home country for money laundering. Business Day reported that leaked e-mails showed that Kolkata businessman Parasmal Lodha‚ who was arrested for money laundering in Mumbai‚ travelled with Zwane and a number of Gupta family members and associates to Switzerland in December 2015.

Other e-mails have also shown the family were sent Mosebenzi Zwane's CV a month before he was appointed minister of mineral resources and that they had had staff coach Zwane on how to handle media conferences, and that he flew on a Gupta jet to Dubai.

The Guptas and the SAA mole

The e-mails have also shown that when Rajesh Naithani was dumped as an SAA board member in October 2014, he sent an e-mail to Chawla asking him to tell Tony Gupta to "get me in at Transnet".

The Guptas and Buthelezi's visit

When Inkatha Freedom Party leader Mangosuthu Buthelezi visited the Gupta homestead in Saxonwold‚ Johannesburg‚ he came bearing demands for a healthy meal. Leaked emails provide some details into his visit to Saxonwold last year‚ making a detour from attending a funeral in Pretoria. He was accompanied by his son Zuzifa Buthelezi.

The Guptas and the Waterkloof 'fall guy'

Bruce Koloane‚ the man seen as the fall guy for the Gupta wedding plane landing at Waterkloof military base four years ago‚ later asked the controversial family to sponsor a golf tournament for his 20th wedding anniversary‚ the leaked emails show.

The Guptas and the spin doctors

Gupta family associates worked with UK public relations firm Bell Pottinger to launch a smear campaign against the Treasury by painting former deputy finance minister Mcebisi Jonas as corrupt. They also show that Duduzane Zuma put himself in charge of a fightback by the Gupta family as they sought to counter reports about their relationship with several government leaders.

The Guptas and the ministers

Several other ministers have been implicated in the leaked emails, which revealed that the Guptas:

- intervened to have the powers of the then communications minister, Faith Muthambi, strengthened and were forwarded a presidential proclamation detailing her powers by Muthambi herself before it was signed by Zuma;

- paid for Des van Rooyen's trip to Dubai after his appointment to the Cabinet in December 2015; and

- had their company's CEO, Nazeem Howa, prepare notes for ANC Youth League president Collen Maine advising him on how to respond to media questions.

The Guptas and the new Cape compound

The Sunday Times reported this week that the Guptas are splashing out on a new palace, this time a Cape Town mansion that used to belong to Mark Thatcher, son of former British prime minister Margaret Thatcher. The plan to renovate the Constantia home faces opposition from ratepayers, who fear another Gupta compound on the scale of the Saxonwold property in Johannesburg.