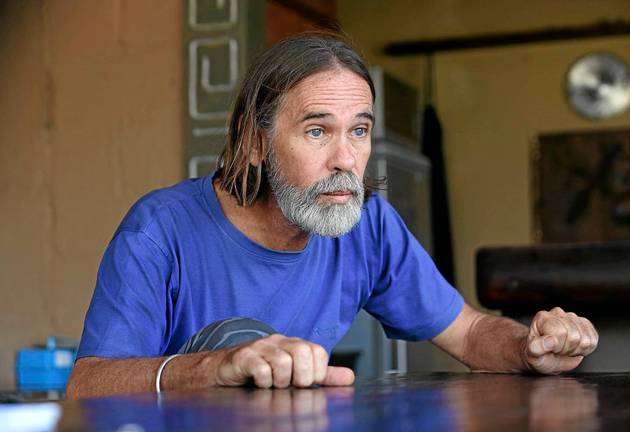 Andre Slade said the 26-year-old intruder had collapsed “like a bag of potatoes”. Image: THULI DLAMINI

KwaZulu-Natal Community Safety MEC Mxolisi Kaunda has decried the delay in investigating the killing of Siyabonga Nsele‚ a burglar who was gunned down by “racist” Sodwana Bay guesthouse owner Andre Slade.

Nsele was killed in March while stealing groceries from Slade’s fridge.

In an interview with the Sunday Times‚ Slade admitted to shooting Nsele in the head as he was running away - and that the 26-year-old intruder had collapsed “like a bag of potatoes”.

He said he did not feel sorry for what he had done‚ arguing that the Bible allowed for burglars to be killed if they break into a home at night.

Nearly three months after the killing‚ the matter remains under investigation.

Cardinal Wilfred Napier has described the court challenge by "racist" guesthouse owner Andre Slade as revealing a man who does not have all his ...
News
5 years ago

Kaunda's spokesperson Kwanele Ncalane said the MEC had ordered department officials to liaise with investigators. “The MEC is concerned about the pace of the investigation. He has directed the Management of Community Safety in uMkhanyakude district to look at this matter and engage with the police‚” he said. “We strongly condemn incidents of racism and it has no place in our democratic society.”

Slade‚ 54‚ made headlines last year when he sent an email barring blacks and government officials from his guest house.

He faces charges of hate speech before the Equality Court next week‚ and was also detained after killing Nsele at his home in Sodwana Bay in March.

Police spokesperson Captain Nqobile Gwala said the case was still under investigation and that‚ once finalised‚ it would be taken to court for a decision on whether or not to charge Slade.