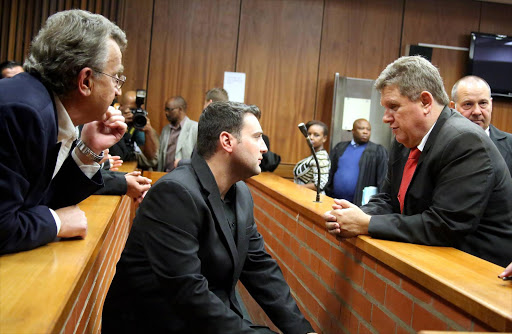 Technical evidence dominated the Panayiotou murder trial on Monday‚ with a forensic liaison manager from Vodacom explaining how a cellphone automatically connected to the closest tower when being used.

Judge Dayalin Chetty had earlier ruled in favour of the state‚ finding that there was nothing unlawful in the way in which the police obtained the cellphone data from the three men accused of the murder of Uitenhage school teacher Jayde Panayiotou.

WATCH: Panayiotou tape exposed - ‘I told you to let them do it outside the house’

The secret recording in which murder accused Christopher Panayiotou chats to self-confessed middleman Luthando Siyoni shortly after the murder of ...
News
4 years ago

Vodacom’s Johanna Heyneke testified that the data was released to the state following a court order served on them. Jayde‚ 29‚ was kidnapped and shot dead on April 21 2015‚ allegedly at the behest of her husband.

Heyneke‚ who until recently was called to testify in up to three cases per week‚ was asked by state advocate Marius Stander to plot the position of certain cellphone towers on a map.

She said she was confident her information supplied to the court was 99.9% correct and would only expect a glitch in the system should lightning strike a tower.

Her evidence precedes that of cellphone “sleuth” Thereza May Botha‚ who will later this week likely try to tie the accused to the crime through cellphone plotting.

The trial continues on Tuesday.