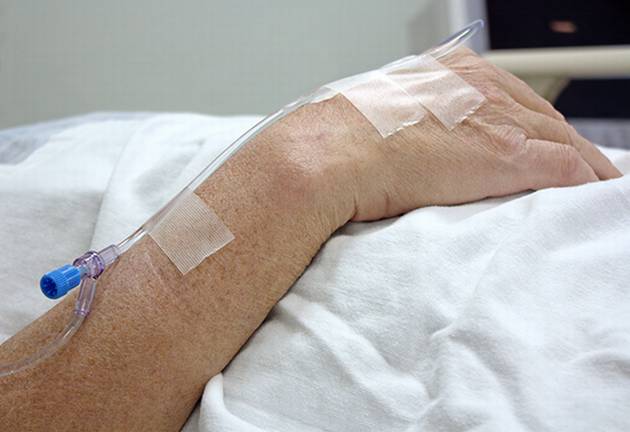 DA shadow MEC for health Imran Keeka said the unfolding oncology crisis in KwaZulu-Natal is so dire that it can be likened to the Life Esidimeni tragedy. File photo.
Image: ©2windspa / Istock.com

The unfolding oncology crisis in KwaZulu-Natal is so dire that it can be likened to the Life Esidimeni tragedy which resulted in the death of more than 100 mental health patients under the ANC government in Gauteng.

That's according to DA shadow MEC for health Imran Keeka‚ speaking after a SA Human Rights Commission investigation found that the KwaZulu-Natal department of health has failed its cancer patients.

The 68-page SAHRC report following a complaint by Keeka in February last year found that "the delays in the provision of‚ and in some cases the denial of‚ oncology services to cancer patients‚ some of whom are destitute and in need of health care‚ affects them in a most fundamental way. It poses a serious threat to the patients' lives and the enjoyment of other rights. It cannot be denied that the rights to life and human dignity‚ which are intertwined in our constitution are intertwined in this matter."

KZN cancer patients' right to healthcare has been violated: SAHRC

A damning report by the South African Human Rights Commission has found that the KwaZulu-Natal department of health has failed its cancer ...
News
5 years ago

On Monday‚ Keeka wasted no time in calling for an urgent snap debate in the KwaZulu-Natal legislature over the issue.

“As in the case of the Life Esidimeni tragedy this KwaZulu-Natal crisis highlights the ANC-government’s failures and shows zero accountability or care on the part of the ANC. It proves its disdain for some of the most vulnerable South Africans – those who suffer from serious conditions and rely on the state for their care‚” said Keeka.

He said up until now Premier Willies Mchunu‚ health MEC Sibongiseni Dhlomo as well as health minister Aaron Motsoaledi have simply ignored the plight of thousands of cancer patients across the province as cancer treatment in KwaZulu-Natal’s health department all but ground to a halt.

“In a blatant example of how little the ANC cares for the most needy people in our society‚ there has been zero accountability from any of them‚” said Keeka.

He called for Mchunu to fire Dhlomo for allowing the department to “deteriorate into such a disastrous state and allowing hundreds of cancer patients to be compromised”.

“Yes we did an assessment of the MEC and all other MECs last year. We had no problem with him except pointing to a few areas of improvements to all the MECs. We haven’t assessed him this year‚” he said.

As of the close of business on Friday‚ there will not be a single cancer specialist doctor employed at any state hospital in Durban - and only two ...
News
5 years ago

Keeka said it was unlikely that the department would heed the report from the SAHRC.

“We therefore urge the commission to begin legal consultation immediately in anticipation of this and advise that they ensure through courts‚ if it comes to that‚ that the interests of the people of our province are placed first. They must be prepared to initiate prosecution if the MEC and his department create delays or even disregard this report‚” said Keeka.

Dhlomo and his department are now required to report to the Commission‚ within ten days of receipt of the report on its investigation.

“We expect nothing but denials‚ obfuscation and more failures of accountability‚ as this is the pattern set in stone in the ANC government‚” said Keeka.

Health activist Mary de Haas said the report findings were fair but failed to take into account the reason for the non-functioning machines especially at Addington which has massively contributed to the patient backlog.

"There has been much controversy about the machines at Addington hospital which were not serviced after the supplier wasn't paid. We are aware that the department claims there were irregularities around this process‚ but there is no reason to stop servicing the machines and punish innocent patients."

The SA Human Rights Commission has found that the KwaZulu-Natal Department of Health violated the rights of oncology patients when it failed to ...
News
5 years ago

- A special committee must be established in KZN to oversee the findings of the Commission. The committee must include the Premier‚ the MEC and opposition spokespeople on Health.

This committee will be responsible for implementing the following short-term solutions:

- Retired oncologists can be approached to consult for the state‚ for a necessary period‚ until the oncology crisis is resolved;

- Specialists in the private sector can be requested to locum in state hospitals and compensation for the difference in rates could be in the form of a tax rebate/discount;

- The National Health Minister‚ Aaron Motsoaledi‚ can exercise the right to fast track registration for foreign doctors in the Health Professions Act so that talented oncologists can be brought in from other countries urgently.