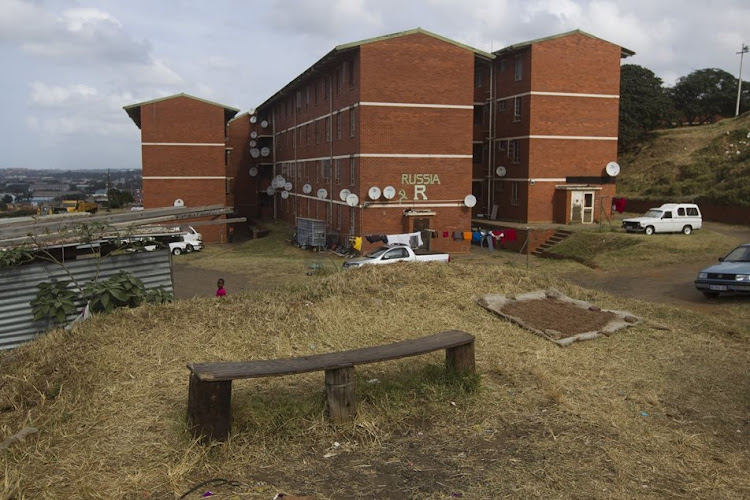 The Public Protector has berated the SA Police Service and EThekwini metro police as well as eThekwini municipality in Durban‚ KwaZulu-Natal‚ for failing residents of Glebelands hostel in Umlazi‚ which led to a string of killings and unlawful evictions.

Busisiwe Mkhwebane found that police failed in their duty to prevent‚ combat and investigate crime‚ maintain public order‚ uphold and enforce the law.

The complaint was lodged by the Commonwealth Legal Education Association‚ which complained of frequent killings and unlawful evictions in the hostel. Since March 2014‚ 77 people have reportedly been killed in the hostel.

Releasing her findings in Pretoria on Monday‚ Mkhwebane said the SAPS failed to uphold the rights of Glebelands hostel residents to be free from all forms of violence as enshrined in the Constitution.

Public Protector Thuli Madonsela conducted two in-loco inspections in Durban where she visited the infamous Glebelands Hostel in Umlazi and the ...
News
6 years ago

She said this conduct amounted to improper conduct and maladministration.

Mkhwebane found that eThekwini municipality failed to promote a safe and healthy environment for the residents as required by the Constitution and envisioned in its own hostel policy developed in 1998.

She said the municipality “failed to give members of the local community equitable access to the municipal services to which they are entitled as envisaged in section 4(2)(f) of the Local Government Municipal Systems Act”.

Mkhwebane further admonished the Department of Social Development for its failure to fulfil its responsibility to the victims of the violence‚ which she said was in violation of section 27 of the Constitution and contrary to the department's Policy on Social relief of Distress.

The assassination of a witness in the case of a murder at a notorious Durban hostel has spooked another witness. Sipho Ndovela was a key witness in ...
News
7 years ago

She said this constituted improper conduct and maladministration.

Recommending a basket of remedial actions‚ Mkhwebane said the provincial police commissioner must ensure police discharged their duties‚ consider a satellite police station in the hostel‚ and ensure that all murders and illegal evictions were investigated by detectives from outside Umlazi police station to address perceptions of partiality.

She said the municipal manager of eThekwini must take appropriate measures to promote safety and a healthy environment by ensuring that a database of the evicted and displaced people was compiled. She ordered that refuse be collected‚ damaged infrastructure replaced‚ lighting improved and hostel grounds adequately managed.