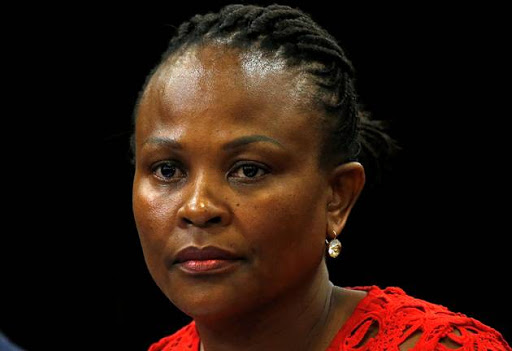 Independent researcher and violence monitor Mary de Haas says while she hasn't seen the full report‚ she believes that the Public Protector's findings that police‚ the eThekwini municipality and Kwazulu-Natal department of social development had failed the Glebelands community is fair.

De Haas made the comments on Monday after the Public Protector Busisiwe Mkhwebane released her findings on the Glebelands Hostel killings and the role that was played by police‚ the eThekwini Municipality‚ provincial department of social development and the eThekwini metro police.

A curious feature marked the Public Protector’s report into the Absa purchase of Bankorp in 1992 on Monday.
Politics
5 years ago

De Haas said while the findings of the Public Protector were fair‚ a forensic investigation into the conditions of community was necessary as this lay at the heart of the carnage at Glebelands.

Mkhwebane stated that the complainant‚ referred to only as Mcquoid-Mason‚ restated an earlier request that the Public Protector conduct a forensic investigation into the tenders that have been awarded by the municipality in relation to the goods and services to the hostel.

"They (complainants) contended that the abuse of funds that are allocated for hostel management was perceived to be central to the problems of the hostel‚" the Public Protector said in the report.

She said however an investigation into this alleged irregularity in tender awards could become a separate investigation depending on what information was brought to her attention.

The rand was weaker against major global currencies on Monday afternoon‚ after risk spiked following a call by Public Protector Busisiwe Mkhwebane ...
Business Times
5 years ago

“Once we receive it‚ we will study it and be able to respond accordingly‚” said Mbhele.

Mkhwebane found that eThekwini municipality failed to promote a safe and healthy environment for the residents as required by the Constitution and envisioned in its own hostel policy developed in 1998.

She said the municipality “failed to give members of the local community equitable access to the municipal services to which they are entitled as envisaged in section 4(2)(f) of the Local Government Municipal Systems Act”.

EThekwini Municipality‚ Metro Police and the provincial SAPS were not available for comment on Monday night.