WATCH: You'll laugh at these texting fails - but there's a twist 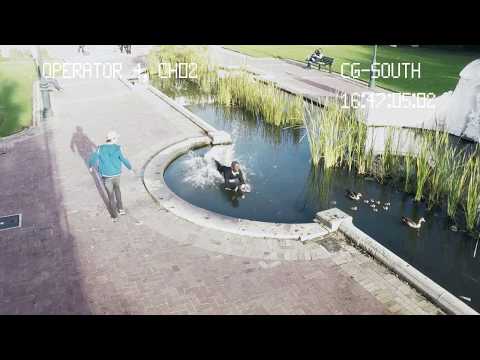 A man walks into a street pole. Another falls straight into a pond. One after another, a series of humorous clips shows what happens when you try to text and walk.

But the chuckles soon turn to shock as the video shows a woman texting while driving only to be involved in a horrific accident.

The video, produced by the Western Cape government, is part of its new #ItCanWait campaign aimed at discouraging drivers from fiddling with their cellphones.

South African law prohibits the use of any handheld mobile device while driving, but that hasn't stopped people from texting or calling.

Text messaging drivers spent up to 400 percent more time with their eyes on the phone instead of on the road, according to the National Roads and Motorists Association.

Arrive Alive South Africa meanwhile reports that the reaction times of texting driver deteriorated by 35 per cent, much worse than those who drank alcohol at the legal limit, who were 12 percent slower, or those who had taken cannabis, who were 21 percent slower.

The organisation also noted that steering control by texting drivers 91 percent poorer than that of drivers devoting their full concentration to the road.