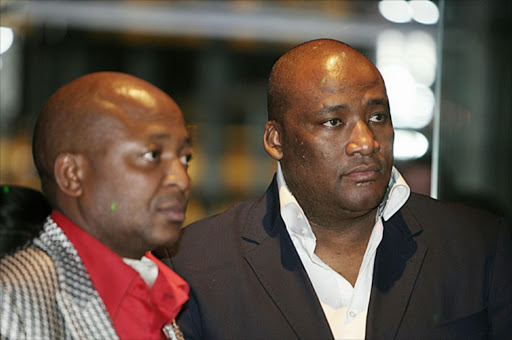 South Africa’s “new Guptas” — former jailbirds Gayton McKenzie and Kenny Kunene — are being lined up to be BEE partners in a multibillion-rand gas deal. The pair, said to enjoy a cosy relationship with President Jacob Zuma, travelled to Russia three weeks ago to sell themselves to Russian company Rosgeo as possible BEE partners in the R5-billion deal.

With them on the plane to Russia were State Security Minister David Mahlobo and two senior Central Energy Fund officials.

During a stopover in Dubai, McKenzie and Kunene had coffee with the CEF officials while Mahlobo was said to have introduced the pair to Rosgeo CEO Roman Panov.A senior government official said Mahlobo’s presence was to “strengthen the ex-cons’ credibility” as business people.

The lucrative deal allows the company to explore the possibilities of extracting 4 million cubic metres of gas daily, to be delivered to the gas-to-liquid refinery in Mossel Bay.McKenzie and Kunene are said to be the masterminds behind e-mails published in the Sunday Independent that purported to show that Deputy President Cyril Ramaphosa was having a string of affairs with young women.

Kunene — who last week claimed he had been shot at — was this week ordered by the High Court in Johannesburg to remove sexually explicit images of one of the women from his website.