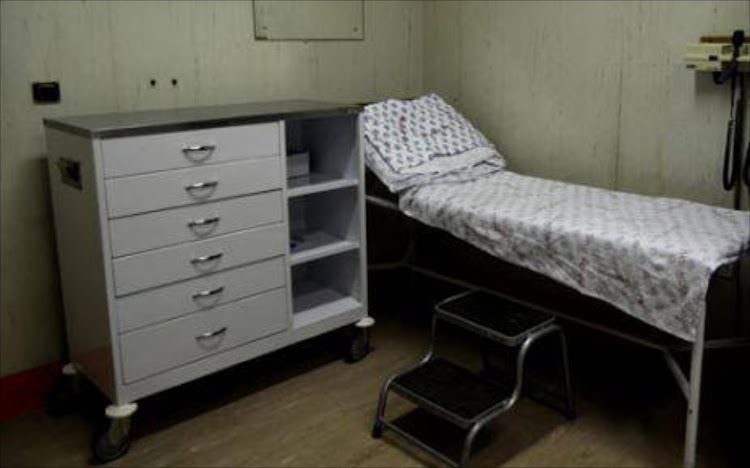 This emerged in the testimony of the national Director General for Health Precious Malebona Matsoso who was speaking at the Life Esidimeni arbitration hearings in Johannesburg.

The hearings are to get answers about why more than 118 people died when moved from Life institutions.

Over 1,400 patients were moved to various NGOs across the province‚ many of which were unlicensed and not equipped to accommodate psychiatric patients.

There are 59 untraced people who were discharged from Life Esidimeni‚ who have not been found but are accessing pension or disability grants.
News
4 years ago

After the deaths‚ Matsoso became very involved and visited an NGO that had held patients. She learned it was converted from a horse stable.

She gave a few details about it only saying it was "even worse" than another NGO described by an advocate at the hearing.

Matsoso also went to a day of mourning with affected families who had lost loved ones.

One told her that a funeral parlour that the relative had gone to while searching for the a missing body was in fact a former butchery.

Matsoso said: "She [family member] knew Saulsville and Atteridgeville‚ very well. The facility she was referred to was a butchery. It is on those basis that I decided to do an investigation myself."

Matsoso left the family event immediately and went to the converted butchery and tried to gain access‚ staying there till eleven at night. "It was just a building. It did not have a name or anything. It was completely sealed."

Families sob as details on care of psychiatric patients emerge

After nearly two days of gruelling questioning, an emotional Gauteng health administrator apologised to the families of the 118 psychiatric patients ...
News
4 years ago

With the police's help she traced the owner who at first refused to come to the building until the police fetched her.

The owner said she didn’t have keys and drove around with police looking for them.

The next day however she had found her keys and bodies were found inside.

It does not seem bodies inside were linked to Life Esidimeni‚ said Matsoso.

But this incident at the unlicensed‚ converted butchery led Matsoso to the funeral company "Put you to Rest" that was transporting Esidimeni bodies to different institutions under it’s a Limpopo license.

"Put you to Rest" did not have storage facilities for patients' bodies in Gauteng but was keeping them and transporting then in contravention of laws.

The more they investigated the more irregularities they found‚ said Matsoso.

The national health department also helped trace bodies that had been given a paupers' burial by funeral parlours and then linked them to family members so they could rebury them.

Earlier in the day it was revealed that there are 59 untraced people who were discharged from Life Esidimeni‚ who have not been found but are accessing pension or disability grants.

No families in the Life Esidimeni arbitration hearing or advocates can speak directly to the media without the state being given notice.
News
4 years ago

Additionally‚ there are "seven corpses that are yet to be identified and families still to be traced‚” Matsoso said.

Hassim said: "The mortuary had been a butchery in a previous life."

"I used this example because part of this imagery was of the deep fear that families felt about manner in which loved ones bodies were handled‚” Hassim said.

She said the example of the butchery showed the “unlawfulness of facilities” and the poor manner in which the dead were treated.