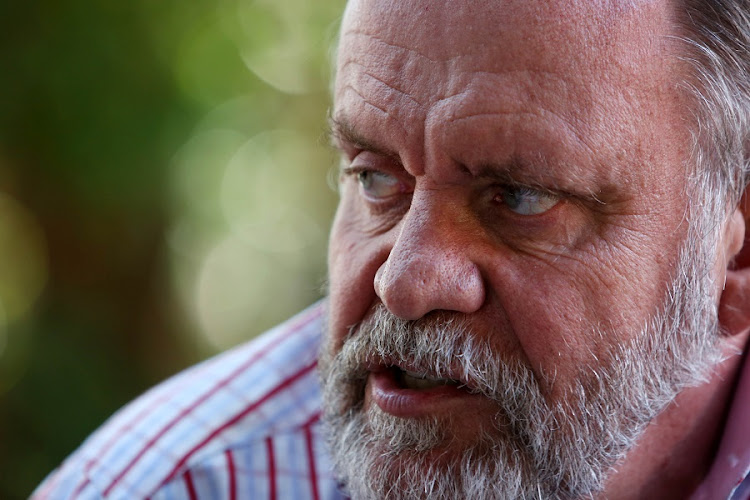 Carl Niehaus, who is a vocal campaigner for ANC presidential hopeful Nkosazana Dlamini-Zuma, has a history of lies and bad debt.
Image: JACKIE CLAUSEN

Political spin doctor Carl Niehaus  has been caught in yet another lie — concocting an elaborate scam to convince a businessman he owed money to that his mother had died and he was about to inherit millions.

Niehaus owes R4.3-million for rental of two luxury apartments in Sandton —   as well as damage to expensive furnishings and artwork —  unpaid concierge charges and interest.

In an audacious bid to avoid legal action, he claimed his mother had died and he would soon receive a generous inheritance, 90% of which would allow him to settle the debt.

His mother, Magrietha Niehaus, 88, is in fact alive and living in a home for the elderly in Johannesburg, other Niehaus family members said.

Niehaus made up reams of what appears to be fraudulent correspondence and paperwork to back up his claim, including a series of e-mails between him and a fictitious “director” at Sanlam.

The company has confirmed the documents are fake and said it had referred the matter to its legal and forensics department for investigation.

Niehaus, who is a vocal campaigner for ANC presidential hopeful Nkosazana Dlamini-Zuma, has a history of lies and bad debt. He was caught in a similar scam in 2011 involving his father.