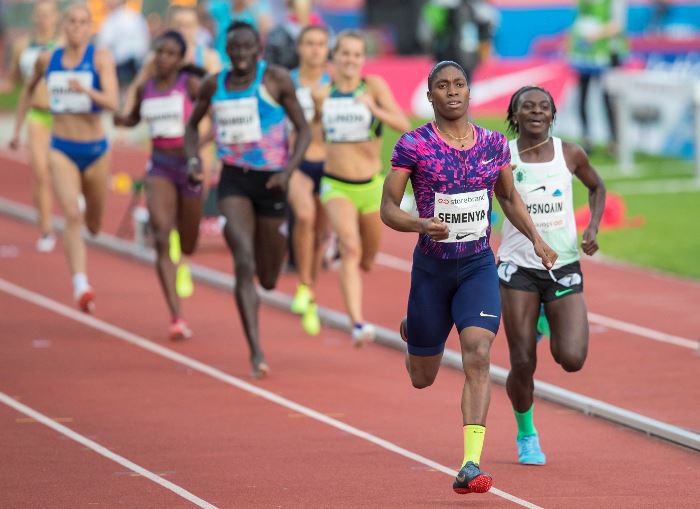 The government is planning to lobby other African countries as it prepares to wage war against the International Association of Athletics Federations over what critics are calling an unjust attempt to clip the wings of athletics wonderwoman, Caster Semenya.

Indications are that the government intends to contest the matter at the highest levels of world sport, possibly at the Court of Arbitration for Sport.

President Cyril Ramaphosa is likely to meet Semenya this week as the row intensified over new IAAF regulations that are widely viewed as an unfair attempt to slow her down.

Semenya is the reigning world and Olympic champion over 800m and won the 800m and 1500m at the Commonwealth Games in Australia this week.

Top international athletes have rallied to Semenya’s cause against the new rules to compel women athletes with high levels of naturally occurring  testosterone to take medication to reduce them.

The ruling covers events from the 400m to the mile because the IAAF’s medical and science department says it has data showing a significant advantage for hyperandrogenous athletes over such distances.

Caster Semenya will need to reduce her natural testosterone levels‚ by use of daily hormonal contraceptives‚ if her future times on the track are to ...
Sport
4 years ago

The issue of hyperandrogenism is controversial because it pits principles of fair competition for biological women against the rights of women born with the intersex condition.

Sports Minister Tokozile Xasa confirmed yesterday that she will be briefing Ramaphosa on the issues around the IAAF’s decision. A meeting between Semenya and the president will follow.

“We want to brief the president that we are challenging the international platform,” she said.

The ANC  has criticised the new regulations as unjust and racist and urged the government to challenge them in court.

Said Xasa: “We want a position as South Africa to challenge this regulation. Caster has been winning. She has not been representing herself, she represents our country.

“We hope to look at other African countries. We will approach them and we must also get their support. It is not only directed  at us, it is going to impact  other athletes coming from Africa, nowhere else.”