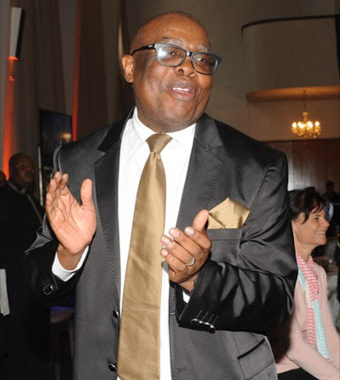 The SABC announced on Saturday that Kaizer Kganyago, its spokesperson for the past 13 years, has left the public broadcaster.

Kganyago ceased from being an SABC employee as of Friday November 23, despite his contract only being due to expire at the end of January 2019.

The SABC said he had asked to be released prematurely and the broadcaster had duly granted him his wish.

"Mr Kganyago served the SABC as spokesperson for 13 years. Throughout his tenure, he became the face and voice of the SABC and served the organisation and South African public diligently and with integrity," SABC spokeswoman Neo Momodu said in a statement.

"The SABC would like to thank Mr Kganyago for his contribution in communication and creating awareness of SABC messages, and we wish him well in his future endeavours."

Kganyago said the time to move on had come, adding that he would be forever grateful to the public broadcaster for allowing him to be the face and voice of the SABC for the past 13 years.

"It was a great honour for me to have served an organisation like the SABC. It came with the good, the bad and the ugly but I choose to remember the best moments," said an emotional Kganyago.

Asked why he had asked to leave before the end of his contract, Kganyago said: "Obviously my contract was ending in January so I thought maybe it is time to look at other things. At the moment I am going relax and figure out what to do next."

SABC needs R3bn...just so it can pay salaries

The SABC needs R3-billion to avert “Day Zero” - the day the public broadcaster will no longer be able to pay staff salaries.
News
3 years ago

Kganyago's relationship with the SABC started going south three months ago when he was demoted and replaced by Momodu who rose to the top communications position at the broadcaster in August.

At the time, the SABC denied that Kganyago had been demoted,  saying he would still be part of its communications giving "support to the group executive of corporate affairs and marketing."

But seemingly that did not go down well will the veteran communicator who has since packed his bags and left two months before his contract expires.

Stop your neo-liberalism - Cosatu fires a shot across government's bows

A Congress of South African Trade Unions (Cosatu) march on the KwaZulu-Natal  premier’s office on Thursday should be considered as a shot across the ...
News
3 years ago