Family of SA journalist 'poisoned' in Egypt desperate for answers 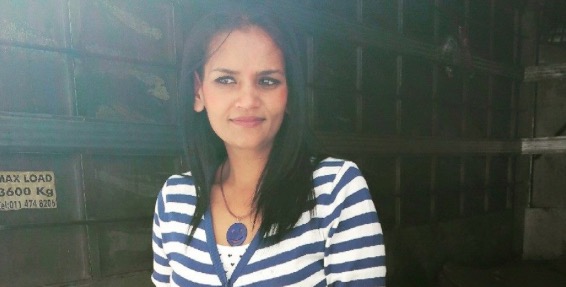 Journalist Yadhana Jadoo died in Egypt in April. Her family is concerned over conflicting medical reports and believe she may have been poisoned. She had told a friend she felt 'unsafe'.
Image: Facebook/Yadhana Jadoo

The family of South African journalist Yadhana Jadoo, who died while on a press trip to Egypt in April, have described her final postmortem as "disturbing."

Jadoo, a journalist at The Citizen, took part in a three-week fellowship programme in Egypt. The programme was hosted by the Egyptian government and the African Journalist Union.

The Citizen on Monday reported that a final postmortem report indicated that Jadoo had died of methyl alcohol poisoning.

News24 previously reported that Jadoo "felt ill" the day before she died and informed her roommate that she was not well.

What poison is at the heart of Mabuza’s Russian riddle?

Russia, wrote Winston Churchill, “is a riddle, wrapped in a mystery, inside an enigma”.
Politics
3 years ago

The Citizen is reporting that the final postmortem is in contradiction to a statement released by the department of international relations and cooperation, which in June said Jadoo had had a "diabetic coma and severe hypertension".

"The whole autopsy report is an absolute disgrace. First they said it looked like she was poisoned, then they said she went into a diabetic coma and now it's methanol poisoning," Jadoo's mother Devika told The Citizen.

The paper also reported that Jadoo told family in the days leading up to her death that she felt "unsafe" in Egypt and wanted to return home.

At the time of her death, Jadoo's professionalism and work ethic were praised on social media.

I'm deeply shocked and heartbroken over the untimely passing of talented and quintessentially professional journalist Yadhana Jadoo. This is a great loss to ethical journalism, the nation and the continent. Heartfelt condolences to her family, friends and colleagues. #RIPYadhana pic.twitter.com/BaroeBKrW3

The National Press Club extends its sincere condolences to the family, friends and colleagues of Yadhana Jadoo, following her tragic passing. @TheCitizen_News https://t.co/mX1elZauTG

It is with great sadness that we've learnt about the passing of @TheCitizen_News's Yadhana Jadoo. @Yadhana interviewed Ahmed Kathrada several years ago and has regularly reported on the work of the Foundation. Condolences to her family, friends and colleagues.

#YadhanaJadoo farewell good friend. Heartbreak all round. Journalism has lost a pro and a friend

Pakistani journalist and critic of military freed after abduction

A Pakistani journalist and rights activist who openly criticised the military and its alleged meddling in politics was freed early on Wednesday, ...
News
3 years ago

Amal Clooney, the leading human rights barrister, was threatened with arrest by Egyptian officials after she identified flaws in the country’s ...
Lifestyle
7 years ago

Hannah, Courtney, Susan... and the men who killed them
News
3 years ago