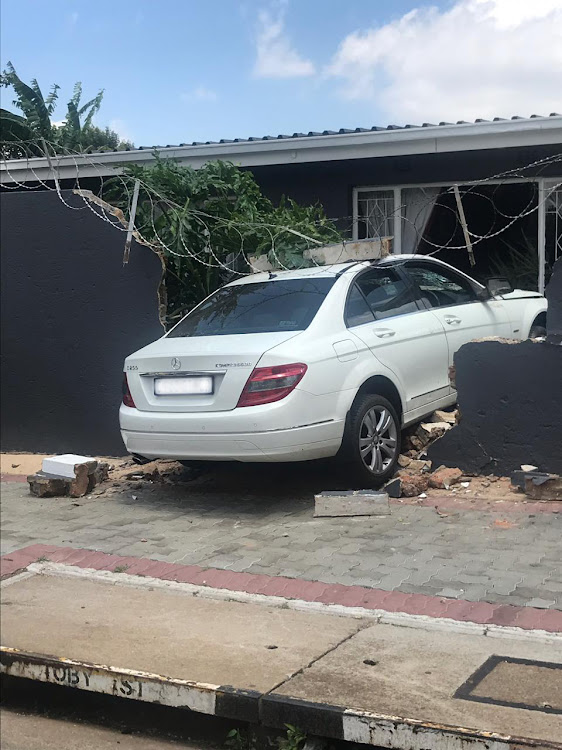 A woman was injured when a car ploughed through a wall and her lounge window in Sophiatown, Johannesburg.
Image: Supplied

A car driver, who apparently suffered a seizure and blacked out, crashed through the boundary wall of a home in Toby Street in Sophiatown, Johannesburg, on Sunday, injuring a woman sitting in her lounge.

Paramedics arrived at 11:26am to find the vehicle lodged partway through the front window of the house, said ER24 spokesperson Ross Campbell.

“Both the 63-year-old driver and the 28-year-old woman were taken to hospitals in the area, where they were treated for moderate injuries.

“Saps were on the scene for further investigation,” Campbell said.

Most drivers rate their performance behind the wheel as excellent or better - but road accidents tell a different story.
News
2 years ago

Two people were killed when a bakkie carrying 27 people overturned near Port Shepstone in southern KwaZulu-Natal on Tuesday morning.
News
2 years ago

A South African paraplegic pilot has died in a plane crash in Thailand.
News
2 years ago