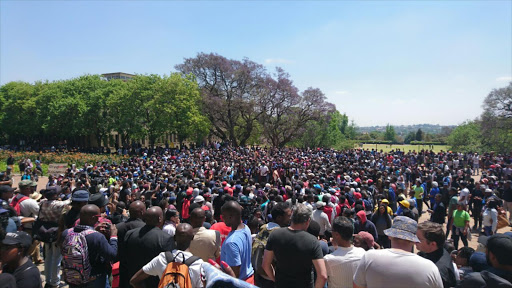 A number of people have decided to help students heading to tertiary institutions with accommodation, transport and food during the registration period.
Image: Abigail Javier

The first two months of the year are normally the hardest for first-time tertiary students who move from different places to pursue their academic ventures. A number of good samaritans have joined hands to help students in need of accommodation, food and transport.

"I know how unsafe Joburg is, especially when you are new or moving out of home for the first time — there is mugging and even homicide, so I thought, why not protect these kids?" said Amanda Ntshiba.

"I have a bakkie and can afford petrol so I thought, why not help where I can?" she said.

Activist Malaika Mahlatsi shared similar sentiments, saying that she was deeply touched when she read a story about students who travelled from Limpopo and Eastern Cape who were sleeping at Park Station because they had no relatives in the city.

"I was very disturbed. No student deserves to go through such a dehumanising experience. So I thought because I am now better resourced why can’t I accommodate three students in my two-bedroom apartment," she said.

Mahlatsi, who is has more than 5,000 followers on Facebook, said her post had led to a flood of people contacting her  with offers of help, so she started a database.

"In just two days, 500 people from Joburg and 300 from Pretoria have offered to accommodate students — these includes B&Bs and hotels,"  said Mahlatsi. "A lot of people have reached out and this has gone beyond helping with accommodation," she said.

Mahlatsi said she had even received donations from people as far as US and UK.

“Someone from the US donated $300 and another one £1,000. The funds will really go a long way in assisting students — even with things like bus fares and food,” said Mahlatsi.

Ntshiba, originally from Bloemfontein, recalled how much she struggled to find her way around the busy city when she was a student eight years ago.

"My college was only a taxi away from a taxi rank but I ended up taking more taxis because I didn’t know. I wish someone could have helped me then.

"I know when someone has a lot of luggage they are expected to pay for an extra seat — which can be straining because sometimes all that one has, as a student, is money for bread and noodles," she said.

Jozi is even cooler than a year ago, gaining in favour on the world's Best Student Cities index.
News
3 years ago

Mahlatsi said the support received from people was overwhelming. "Students are struggling and there is an urgent need for everyone to do every little bit that they can to help."

While many have responded positively about the initiative, Mahlatsi said she has been criticised by some people who say it's the government’s job.

"Frankly, I am tired of waiting on the government. We will fight it later on — that is a long-term struggle," she said.

Ntshiba, who also posted on social media, said she was stunned by the positive feedback she had received.

"I didn’t think it was going to be a big deal. My inbox has been flooded with messages from different people, some offering to contribute towards petrol, use their cars and some offering manpower. I started alone but its now becoming a movement," she said.

While there may be dangers associated with accommodating and transporting people, Ntshiba and Mahlatsi are determined to make the initiative work and intend involving the police if necessary.

"I know it’s a bit dangerous but I am willing to risk my life to help these students," said Ntshiba, while Mahlatsi said: "We are very careful in all that we are doing and understand safety is of utmost importance."

South Africans take to Twitter to give first-years advice on how to survive the new life of being a student.
News
3 years ago

The South African Medical Association (Sama) is working around the clock to ensure all newly qualified intern and community-service doctors are ...
News
3 years ago

The University of South Africa (Unisa) has urged its students to register online following the "national shutdown" called by the student ...
News
3 years ago