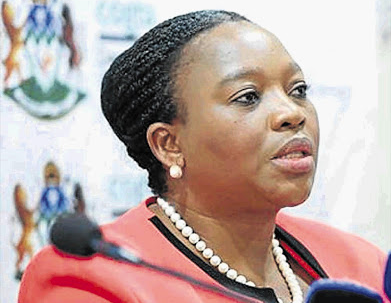 The KwaZulu-Natal department of cooperative governance and traditional affairs (Cogta) has condemned the petrol bombing of one of its buildings on Tuesday.

The department's offices in Mayville, Durban, were damaged during a protest.

KZN Cogta spokesperson Lennox Mabaso said the protest was unrelated to the department. He said it was apparently linked to a nearby informal settlement and claimed that the department's Mayville offices "appeared to be a random target".

According to Mabaso, a device similar to a petrol bomb was thrown at the building, causing fire damage.

Protesters torch roads over land and jobs in Durban

Firefighters and metro police were called to quell burning barricades of debris and tyres on Durban's Randles and Sparks roads on Monday morning.
News
2 years ago

Cogta MEC Nomusa Dube-Ncube said the protest outside their offices was an example of destructive behaviour.

"We have always maintained that public concerns should be addressed through the appropriate channels and never through violent protests that often result in the destruction of public property," she said, adding that staff felt intimidated by the violent attack.

"We urge the law enforcement agencies to investigate this incident without delay. We will also consider additional security measures for our building, where access is already controlled,” she added.

In November 2018, the same building was robbed by a group of armed gunmen, who stole several television screens and computers. The gunmen also allegedly hijacked an employee’s vehicle, which was later recovered in Newlands.

Students from the University of KwaZulu-Natal in Durban set several beds alight and threw furniture from a university residence on Thursday night.
News
2 years ago

Fight lawsuit against KZN leader with your own money, DA tells Cogta MEC

The DA in KwaZulu-Natal (KZN) has called on provincial co-operative governance and traditional affairs (Cogta) MEC Nomusa Dube-Ncube to pay her own ...
Politics
2 years ago

The Abaqulusi local municipality in Zululand has been placed under administration following allegations of mismanagement and nepotism.
Politics
2 years ago