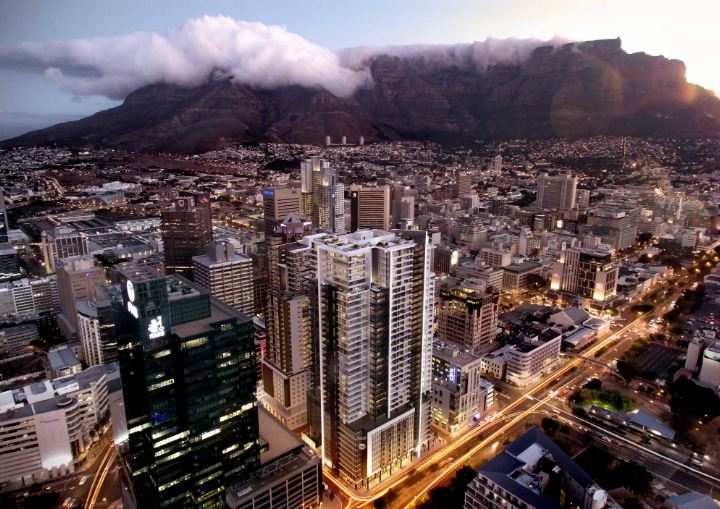 A planned hi-tech, 39-storey building with ultra high-speed lifts is at the centre of a Cape Town court showdown, amid concern about unaffordable housing in the Mother City. 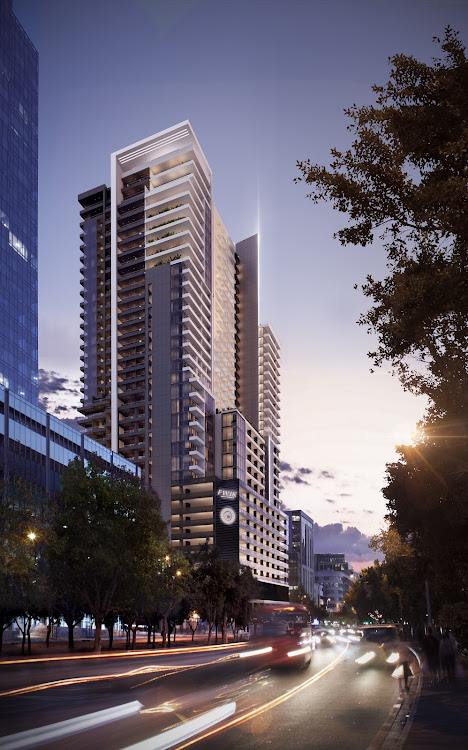 The R1.4bn Vogue building project, already approved by the City of Cape Town, is poised to create about 9,000 direct and indirect jobs, according to developer FWJK.

But the approval is being challenged by housing activist group Ndifuna Ukwazi, which has objected to the absence of affordable housing in the project plans.

Ndifuna Ukwazi has objected to numerous recent developments in the hope of forcing the City of Cape Town to finalise an affordable housing policy.

It says the Vogue case is intended to “clarify the powers and obligation of the city to impose affordable housing conditions in private developments as a form of equitable redress and, secondly, to compel the city to expedite its inclusionary housing policy”.

Announcing a news conference on Friday about its Vogue battle, Ndifuna Ukwazi said: “The unaffordability of this development and others like it entrenches spatial apartheid, where access to the city by black and coloured people has always been denied.

“The Vogue development is symbolic of a planning system that is race and class blind. Every new exclusive development that is approved by the city without affordable housing entrenches a system of racial segregation and unequal access to services.”

The city council had declined to impose social housing conditions for The Vogue, despite having the right to do so, said Cogger

“The city did indicate to FWJK that affordable housing would mitigate against the exclusionary nature of their development. Yet in spite of this suggestion the developer still proceeded with their original plan. It was approved without any affordable housing conditions.”

Social justice activists broke out in song and dance outside the Western Cape High Court on Friday morning as they celebrated what they called a ...
News
3 years ago

“Our development plans were properly approved through a review and public participation process executed by the City of Cape Town,” he said.

“Now irony in the matter is that Ndifuna Ukwazi are fighting for affordable housing in the city, but are effectively stopping an estimated 9,000 jobs that would have been directly and indirectly employed through the construction process on this project.

“In a time that our country is in such desperate need of job creation and positive GDP growth, we cannot have such devastating measures placed on property developers' plans at such a late stage in the process.

“Due to the fact that land owners are selling their land at such high prices, property developers are in turn forced to maximise the number of apartments in a development in order to make the project feasible.

“The introduction of affordable housing into a high-rise development negatively affects the viability of the project and it is just not possible to develop on this basis.”

One of this week’s more interesting Twitter “debates” followed Tuesday’s release of a document highlighting “Cape Town’s failure to redistribute ...
News
3 years ago

Ndifuna Ukwazi said the city council committed itself in August 2018 to draft an inclusionary housing policy which would increase the number of residential units in the inner city and other well-located areas for families earning between R3,500 and R18,000 a month.

Malusi Booi, Cape Town’s mayoral committee member for human settlements, said the council was "in the process of developing an inclusionary housing policy".

He added: "Background feasibility work and other analysis is being done, after which a draft policy will be compiled for public comment. Key stakeholders are being consulted throughout the policy development process.

"This process demonstrates the city’s commitment to inclusionary and affordable housing opportunities."

City council media manager Luthando Tyhalibongo said he could not comment on Ndifuna Ukwazi’s court application because the council had not seen it.

“The land use applications for this site were approved by the city’s planning appeals advisory panel on 26 February 2019 subject to conditions. Since then, no further applications or building plans have been submitted in pursuance of the approval,” he said.

For only R1,016 a year an exclusive sports club within walking distance of Cape Town’s CBD has sole access to land larger than four rugby fields.
News
3 years ago

Cape Town will have a swanky new residential suburb right next to the V&A Waterfront thanks to a municipal decision to rezone a large area ...
News
3 years ago

Supporters of Reclaim The City gathered on a vacant piece of City-owned land along Main Road in Green Point on Saturday to draw attention to housing ...
News
4 years ago